Home » Android » Best Games Like Slither.io But Without Lag 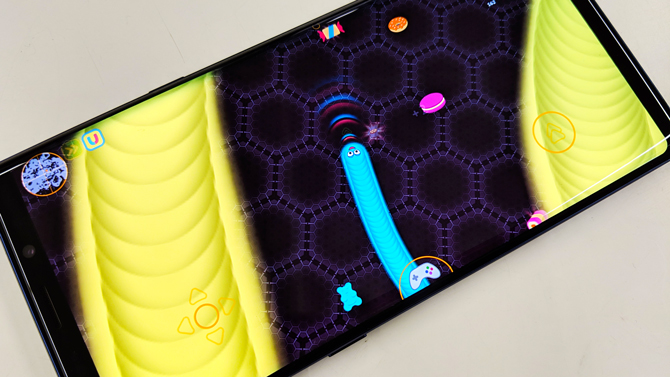 Slither.io became an instant hit back in 2016 after cashing in on the popularity of Agar.io. However, if you live outside the US, you would know what the problem is with Slither.io, yes the lag. While the official site does recommend a few solutions, such as clearing app data, using incognito mode with the low-quality option, and even using Mods, etc, there is also no denying the lag is persistent with no definite solution

So, if you’ve tried everything and still, the lag remains. Well, you don’t have to stick to Slither.io. There are dozens of games that are based on Slither.io and are just as much fun. And yes, just like Slither.io, all of these games are available on Android, iOS, and Web. Let’s check those out.

If you enjoyed Slither.io for the kills and the thrills then you’re going to love Paper.io. It is a massively multiplayer game where you play as a box. When you start playing the game, you only have a small circular area as your home. As you move a trail of the same color follow you around and when you reach your home area the outline solidifies into your home area. Your goal is to maximize your home area and kill other opponents who would want to cut your area. You kill them by crossing their outline and so can they so stay alert. Also, you can kill yourself by cutting your own trail so make sure you don’t do that.

What would you do if you were a Blackhole? Strange question I know but that’s the whole premise of the game. You play as a black hole in a city style arena competing against other players online. Your objective is to eat other objects and in the arena. Fun fact; You can eat anything that can fit within the Blackhole including light poles, trees, and other smaller Black holes. It’ll consume you.

Remember playing with snowballs? It was fun then and it is fun now. You don’t have to wait for winters or take a trip to the hills to play with cold and fluffy snowballs, snowball.io lets you do that with strangers on your phone. You play as a snow sweeper and make giant snowballs as you move forward. The arena is built on a melting ice platform (because Global warming) where the parts of the arena sink. You have to stay away from that and make your opponents sink by throwing the snowballs at them. Hone your snowball skills and fight for climate change with this game.

Big things eat little things, that’s like the favorite law of nature. In this game, Nebulous.io you have to grow by eating small dots and other smaller players to become bigger. Your only objective is to avoid bigger players until you become larger than them and survive for as long as you can. It has neat mechanics like whenever you pass a nebula, your speed decreases which can be both an advantage and a disadvantage.

Think of this game as a more pixelated version of Slither.io. One of the reasons, I like this game is because it doesn’t pay a lot of attention to design and graphics which makes it easier to play. The gameplay and objective are the same as the original, you play as a snake and eat glowing dots to grow bigger and your opponents die when they bump into your body. The arena is large enough to play comfortably among players and the best part? It doesn’t lag. Nuff said.

Let me tell you about the majestic Sea Unicorn, Narwhale. It is a type of whale that has huge tusk which it uses to kill its prey. You play as a Narwhal and deep sea arena where your aim is to kill other narwhal players. The game doesn’t implement blood but the game is still gruesome. As you move around the arena, your needle charges and becomes active to strike, Tap or click to trigger the needle. As you slice through the body of the other players your score rises and you move up on the leaderboard. fishing won’t be the same after playing this game.

Based on the legacy game Tron, it throws in some more spice with a twist of the massively multiplayer arena. You ride the bike on the ground and leave a trail behind which kills any opponent that bumps into the trail, including you. Your aim is to kill as many opponents and rise to the top. It’s a fun game and trust me you won’t miss slither.io a bit after playing this.

If you’re a fan of close fights instead of large areas then this game is for you. The bumper is a small game where you play against other people to tip them off the little island. There are no powerups to gain more bump, you can, however, grow bigger by eating ice cream. It would make you harder to tip and your opponents would fly off into the water. It’s fun and cute.

Picture this you’re in a pool on a clear summer day and enjoying the time and suddenly Piranhas attack your pool and start eating all the kids. The good thing is that you play as the piranha so you get to eat annoying children who pee in the pool. Your goal is to eat as many kids and kill as many piranhas on the way. Here’s the kicker, you get random powers and weapons during the gameplay which makes the game more exciting. For example, you can electrocute other players, shoot them with a rifle, drop a bomb, etc. It’s loads of fun.

This game is the closest you’ll come to compete in a fighting pit minus the blood. Blobie.io is a massively multiplayer game where you compete against real people online. You play as a small blob which has a pointy spear on its head. Your aim is to collect all the dots scattered around the arena and kill other Blobies. The game gets tricky as you have to aim the spear whilst moving away from any incoming spears towards you. You earn kills and move up on the leaderboard. After reaching the top just survive for as long as you can. Isn’t that the whole point of a Fighting pit?

Everyone knows about the popularity of Slither.io and the lag problem and that’s why you’ll find a lot of developers trying to get to the top with the tried and tested way. Wormate.io is the Slither.io clone which actually plays decently. It has similar graphics, arena design, and worm style. You collect desserts instead of bland dots in this game which is the perfect bait for kids around the world. It also offers three different control layouts and you can easily switch between those using the controller button. A single arena houses around 250 players at any time and you can check the leaderboard on the top. If you want a Slither.io experience, this is it.

Snail.io is one of the few Sllither.io games that doesn’t just blatantly copy the theme and calls it a day. You have a similar massively multiplayer game where you play as a snail and eat dots. Your aim is to kill other players and reach the top but it involves timing and skill. You can’t just grow and grow so that other users bump into you and die. You plant negative dots on the arena which instantly kills any opponent when it bumps into one. The bigger you get, the more dots you can release in a trail behind you. This game brings a fresh twist to the old gameplay.

The game that started the Slither.io trend, Agar.io is the OG that is still popular today. You play as a cell which eats small agar to get bigger. The arena is a petri dish where all the cells compete to fight against each other. You start as one cell but get the ability to split and control the divided cells once you gain enough mass. The skill required to play this game precedes any other Slither.io clone. Be the mightiest cell in the entire Petri dish.

Brutal.io is an absolutely fitting name considering it gets pretty rough when you get the basics of the gameplay. You play as a small driver which carries a spiky sphere which is attached with a rope and that’s the thing with ropes. It just adds a lot of entropy to the game. Your spike grows as you consume pellets in the arena. You can kill your enemies if you hit them below the rope. The most fun part is that you can throw the spikes and then call it to you for some serious kills just like Thor’s hammer. There are plenty of in-arena elements which have a specific purpose like spitting out pellets when you hit them hard enough, so always watch out for that.

Fidget Spinners vanish and pop out randomly over the internet and people go gaga over it for exactly five seconds. Fisp.io, however, has been going strong for years and its fans just love it. Mainly because it has the whole Massively multiplayer vibe going on, other than that, it is the skins which make the game look more flashy than it already is. The gameplay? Same, eat dots, get big, eat small player, and reach to the top.

This is one of my favorite games of all time. It is not even related to Slither.io but it is SO MUCH FUN. There are several levels which you have to cross by solving some puzzles and going through the maze. There is a catch though, most of the levels require some kind of sacrifice which you have to make to let other players pass or everyone would be stuck on the level. It is kind of a morality test among random users collaborating without any benefit. You should definitely check it out. 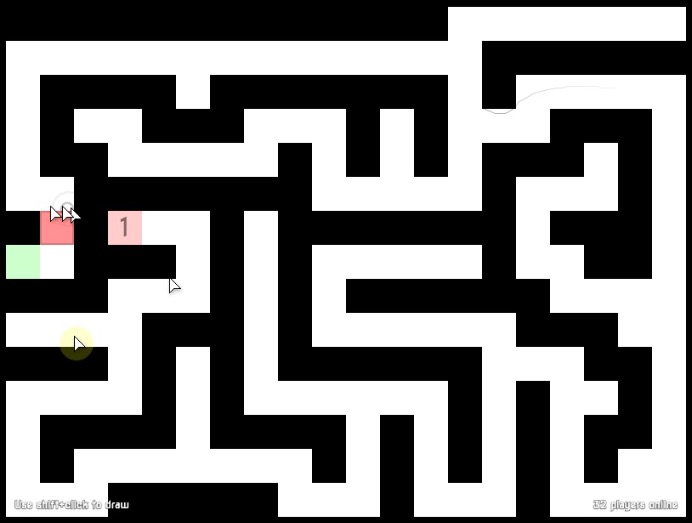 These were some of my picks as the Best Slither.io Alternatives. I enjoy every game individually and would be very hard to pick one out as the best. I tried to include all the types of games that have some similarity with Slither.io so that you can have a relatability factor. However, if you wish to fix your Slither.io game, I also listed a few possible fixes which can help in bringing down the lag but it would never run smoothly until Slither.io makes some major upgrade in their servers. Which Games do you play that I should try? Let me know in the comments below.