13 Best iPhone Games to Play While Taking a Dump 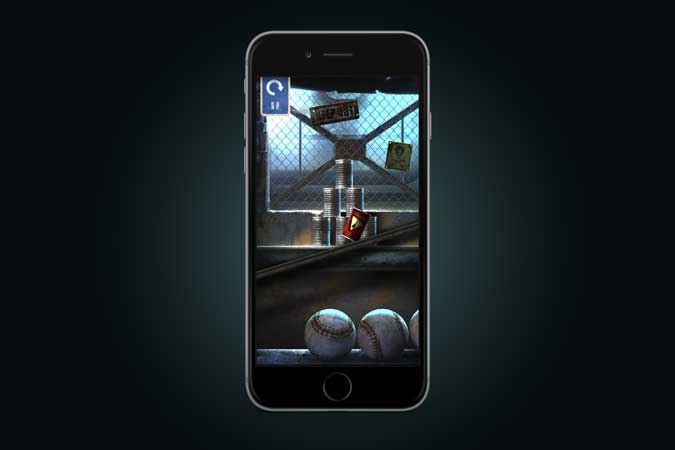 Whether you’re taking a regular break to the bathroom or hiding from your kids to catch a breath, a quick game session would help ease things up. Instead of searching for story-driven games, I went the route of event/goal-driven games that allows you to play the games for a level or two and then go about your way. I have made a list of iPhone games that I enjoy playing on the Toilet. Let’s check those out.

Games to Play While Taking a Dump

Toilet Time is a collection of mini-games that are all related to your washroom activities. For instance, you have to find an empty stall before the timer runs out, wash your hands, and set the temperature of the shower before the timer runs out. As you proceed, the levels get more difficult as you get less time to finish the task. It’s a time killer. 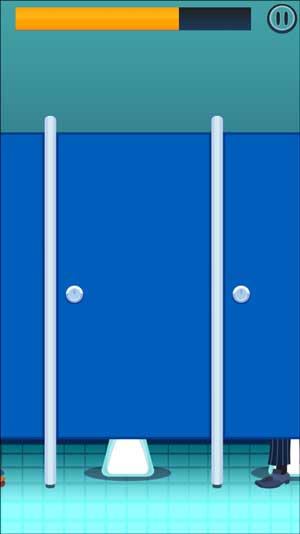 Loop is a fun game designed with keeping toilet time in mind. The gameplay is really simple yet addictive, you control a centipede looking contraption and you have to protect the boundary from incoming balls. Simply loop around a ball to burst it but don’t try to push it away or it bounces back with vengeance. 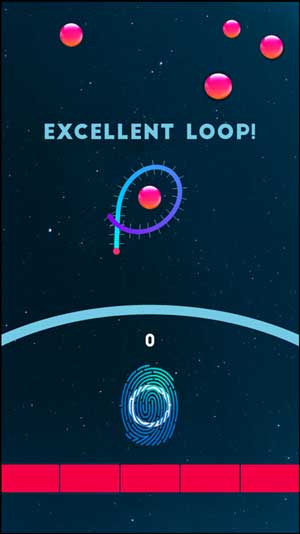 PUK is an action puzzler that would keep you on the edge of your toilet seat. It’s fast-paced, well-designed, and a lot of fun. Just pull back the puck, aim, and let go to destroy all the obstacles. The levels are procedurally generated and there are 1000 levels which means you can play this game for a long time before getting bored. 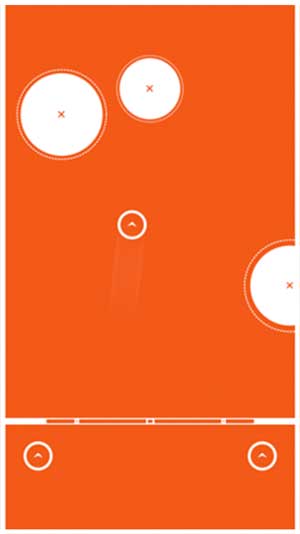 I’ve grown up seeing the Sudoku puzzles in the newspaper but never quite found the appeal as a kid. Now, I know the rules to play the game and it’s such a good game. It doesn’t have a time limit, you can pause it and resume whenever you please, and most games take 10-15 minutes to solve. The best part of this app is that you don’t have to scribble until the paper tears. The most notable feature of this app is that I can safely mark my possible answers and commit as I go along. 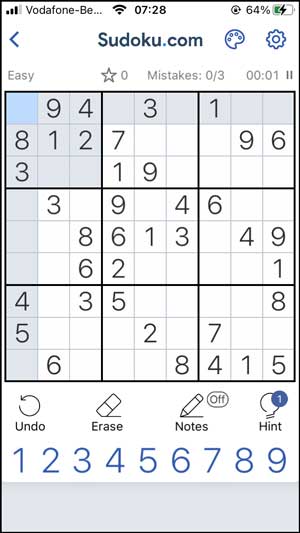 2048 is probably the perfect game designed for playing during breaks. It’s a simple number-based puzzle where your aim is to merge two equally numbered tiles until you reach the tile numbered 2048. You’d hate the game until you finally click and soon realize the game goes much higher than the original score and you would lose track of all reality. It’s seriously fun. 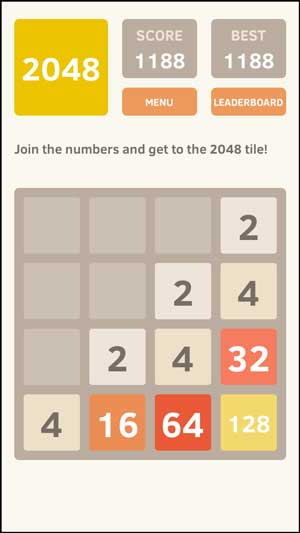 Where’s my Water is a kids game but I like to play a few levels whenever I get that chance, it’s that good. The aim is simple, you’re presented with a set of mazes where you have to carve tunnels in the ground to pump the water to the croc family. The game mechanics are good enough and the levels get more and more interesting as you play along. 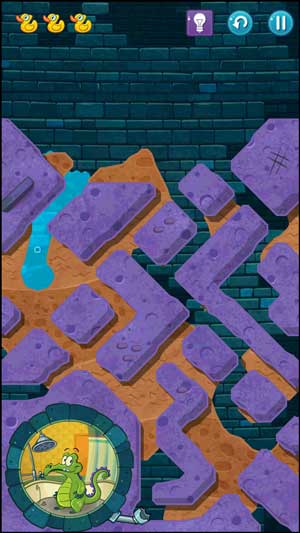 It’s good ol’ knocking cans off the ledge but with seriously good 3D graphics and physics. As simple as the game looks, the levels get challenging over time, and with additions like dead-zones and explosive cans, it’s a perfect combination for a good time. Also, if you don’t knock out all the cans, you can’t move to the next level. 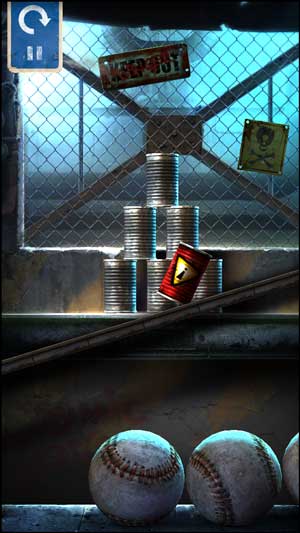 No, it’s not an emulated game but it has been redesigned for the iPhone from scratch, officially. PAC-MAN brings the same nostalgia but with a fresh and updated game layout and gesture controls. Instead of using a DPad, you have to swipe to change the direction of your avatar. Other than that, there are coins in the game that you need to collect to be able to play a level, just like the original arcades. 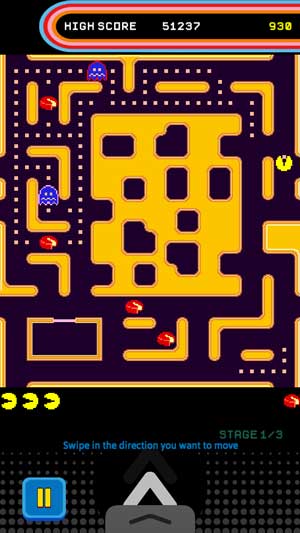 Scrabble GO is the official game from the original creators that brings a lot of new additions to the games. For starters, you can play with your friends or strangers online, play standalone word games, take part in leagues, and track your stats. The gameplay is still the same, you have the same checkered grid and you play with lettered tiles. 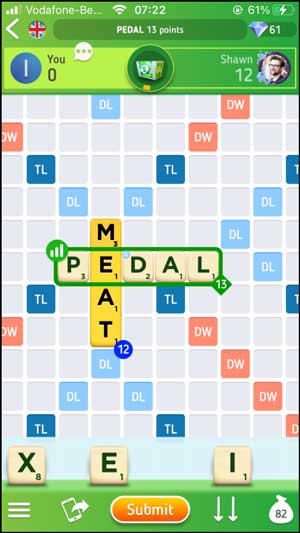 Have you ever wanted to slap someone across the room? Slap Kings lets you do just that, virtually. Based on the bizarre slap tournaments where each participant gets to slap its opponent, the game includes all the quirky elements like slapping someone off the ring, slapping so hard they do a turn, etc. It’s not the slap that gets you, it’s the twirl that leads up to it. It’s really fun, try it. 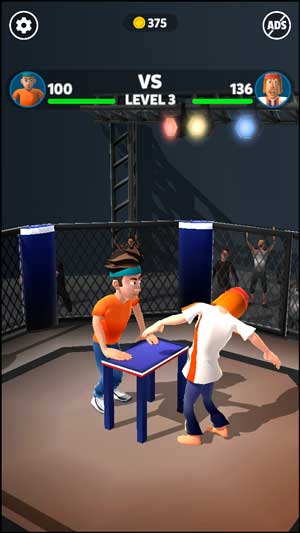 It is one of the most popular multiplayer games on the iPhone. It has close to real-life physics that makes the gaming experience so much better. You can choose to play with your Facebook friends or find one at random. You gain more skills as you level up such as the ability to spin the balls more, and powerful cues. Each game lasts only a few minutes so I can squeeze in a few matches every time I go to the bathroom. 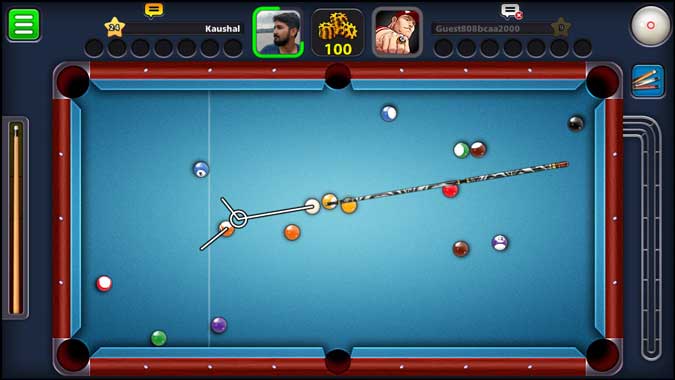 While looking for the best AR games for iPhone, I stumbled upon this hidden gem. The level plays upbeat music where you have to sync your jumps with the character on the screen and the beat. Just like music, if you’re even slightly off, you’d lose your balance and fall. 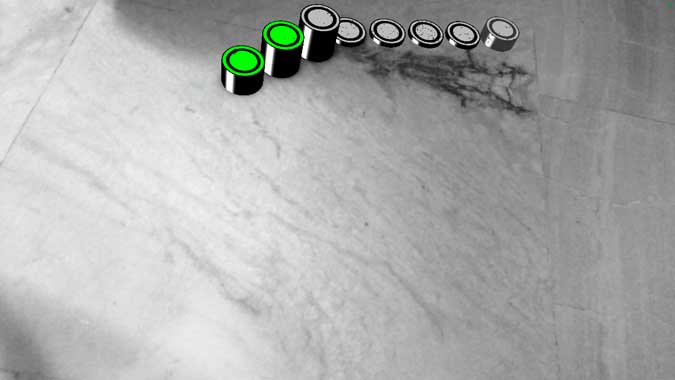 If you crave something action-packed and full of adrenaline then Shadow Fight 2 might be the answer. It’s a combat-style game with a little bit of RPG thrown in. The fighting styles mimick the natural movements of the human body and take impact as such. The on-screen controls are really simple including just the DPad and punch and kick buttons but you can use these to create different combos. The game also incorporates moves from different martial art forms to give you even better gaming experience. 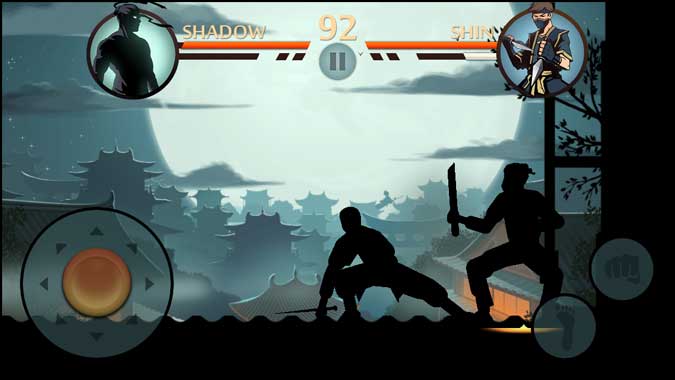 Stupid Zombies is a 2D puzzler game with over 600 different levels that would make you feel bad for the zombies at some point. You get a few bullets and a lot of zombies to kill which means you have to strategize your aim and then make the most of what you have. 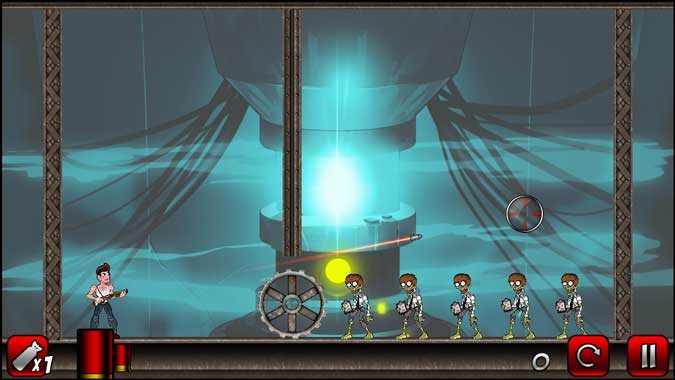 These were some of my favorite games that I like to enjoy when I’m on the toilet. What about you? Which games do you like to play? Let me know in the comments or hit me up on Twitter.