How to Get Netflix “Screen Lock” on Prime Videos And YouTube 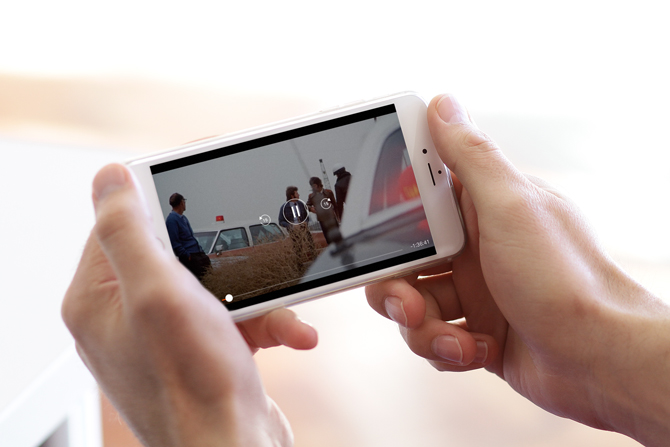 Netflix recently added a ‘screen lock’ on its mobile app to prevent accidental pauses. Simply open the Netflix app, start a TV show or a movie, and you will notice a “screen lock” option at the bottom of your screen. Once enabled, this feature will hide the ‘Pause/Play’ and ‘Forward/Rewind’ button on the screen, thus preventing accidental pauses.

Read: Pandemic Movies on Netflix You Can Watch Right Now!

While the “screen lock” is natively available for only the Netflix app, you can still get it for Prime Videos, YouTube, and every other streaming service using a third-party app. Here’s how.

How to Get Netflix “Screen Lock” on Prime Videos And YouTube

For this, foremost, we would need to install a third-party app called “Touch Lock“. Once done, open the app and provide it necessary permissions. There are a couple of permissions like “Display over other apps” and “Accessibility Service”. These are required by the app to display the lock icon over the video screen and block touch input from the user.

Once you have provided the respective permissions, the app pretty much does the rest of the setup. The app is smart and sends a notification on the notification drawer when you are in a video streaming app.

Once you tap on the notification, it locks the screen. You can see a transparent lock icon over the video screen. This notifies that all touch inputs on the screen are disabled for now. Further, when you have to resume normal touch operation, click on the lock icon, enter the pattern and it will remove the lock screen. The app also features an option to modify the transparency and size of the lock icon.

The app states that it can even block hardware triggers but in my case, it didn’t work on my Samsung Galaxy Note 9. But, the biggest problem with the app is full-screen pop-ups. Upon using the app for a while, I could see seldom popups notifying the app usage statistics and a cheeky way to prompt you to upgrade.

I also tried another similar app from the Play Store called “Touch Lock” (again). Similar to the previous app, even this couldn’t block the hardware buttons, at least on my Note 9.

Unfortunately, we couldn’t find a similar app for iOS. Apple doesn’t allow an app to display over another app. So, as of now, it’s not possible.

Finally, if you are looking for a solution for your kids to not mess around with the phone while watching a video, you can try the screen pinning feature on both Android and iOS.

Also Read: Netflix Tips and Tricks for All Those Who Watch It on Mobile