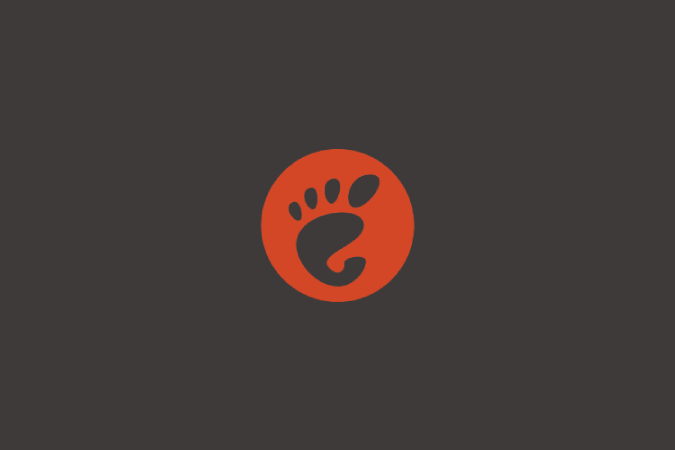 GNOME extensions not only lets you customize the Ubuntu desktop but even add additional capabilities. After the release of Ubuntu 20.04 and GNOME 3.36, a lot of the old and popular extensions don’t work now. For instance, the popular Gno-Menu, Extended Gestures, etc don’t work on the new GNOME 3.36. Moreover, extensions like Do Not Disturb, OpenWeather, are of little use now as weather and DND are built-in features of Ubuntu 20.04.

So, with that in mind, here’s a list of the best must-have GNOME extensions that actually work with Ubuntu  20.04.

How to use & install GNOME extensions

Although the package name has chrome, it works with all major browsers like Firefox, Google Chrome, Brave, Vivaldi, etc. Ubuntu 20.04, also provides an inbuilt app called “Extensions” which lets you customize, enable, and uninstall the GNOME extensions. To access it, head over to the GNOME launcher by pressing the super(Win) key and type “Extensions”. 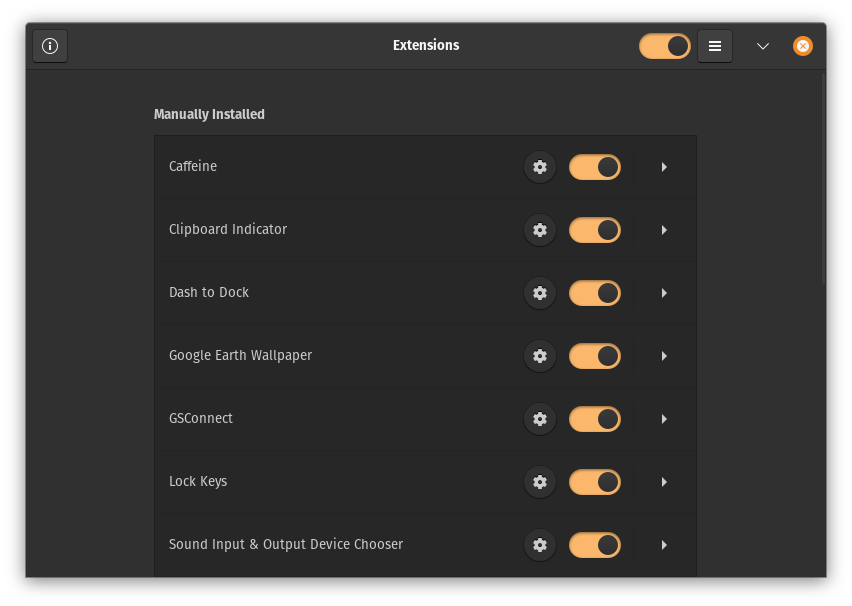 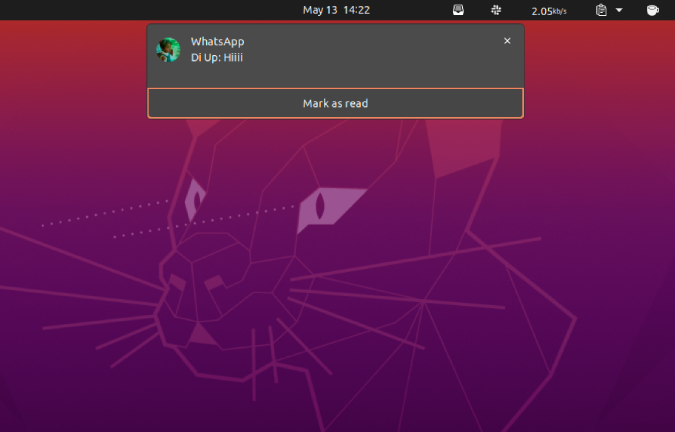 Caffeine is a handy utility that disables your computer from being locked. You just tap on the coffee-icon at the top bar and done. The extension simulates a keypress at regular intervals to disable your Ubuntu system from being locked. I use it often while I have a huge download or copy task in progress. I can easily take a break without having to worry that the laptop would get locked suspending the task. 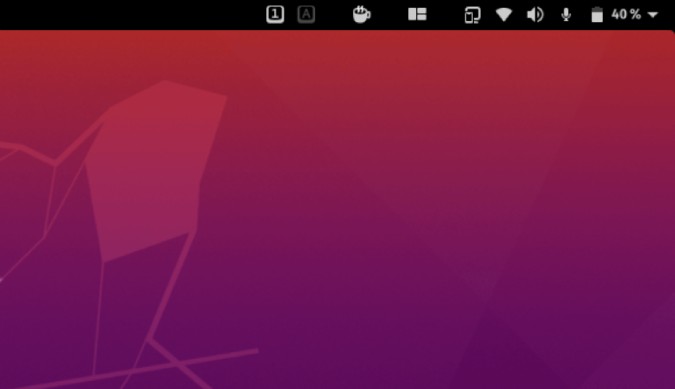 Although Ubuntu 20.04 provides you the option to position or auto-hide the dock, it still doesn’t let you customize the appearance and behavior of the dock. You can use an extension called Dash-to-Dock.

It not only lets you customize the appearance of the dock but provides additional modifications over the stock Ubuntu features. For instance, Ubuntu provides the option to auto-hide the dock whereas Dash to Dock provides Intelligent auto-hide. The Intelligent auto-hide hides the dock only when an app is using the entire screen. Moreover, the dock only appears when you move the cursor rapidly towards the dock. In case you are just reading and hovering the mouse at the bottom, the dock won’t appear. All these nitty-gritty customizations make Dash to Dock really a must-have. 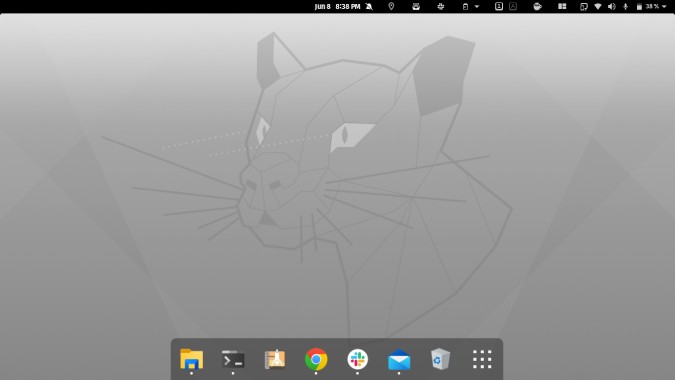 I have tried a lot of dynamic wallpaper apps for Ubuntu. But, if you are someone who wants something minimal and pleasing at the same time, you can try the Google Earth Wallpaper extension. It can load map images from 5 sources – Google Earth, Google Maps, Bing Maps, OpenStreetMap, GNOME Maps. It dynamically changes the wallpaper daily, by default. 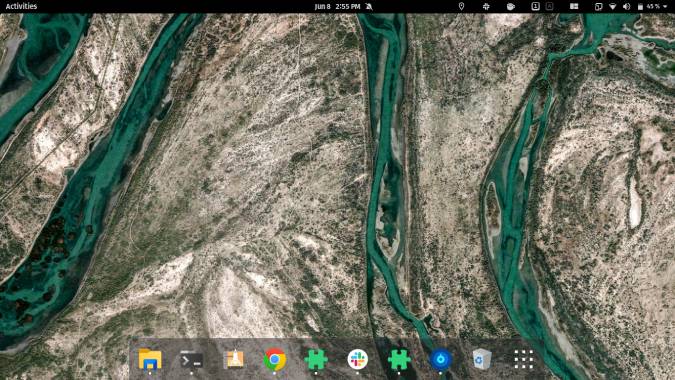 If you are coming from Windows 10 and you miss the Start menu, Arc Menu is for you. It gives a top-start menu like Windows 10 to launch apps, change settings, access GNOME tweaks, etc. You can even map the Arc Menu with the left super key to access it quickly.

Arc Menu is a good alternative for the Gno-Menu. 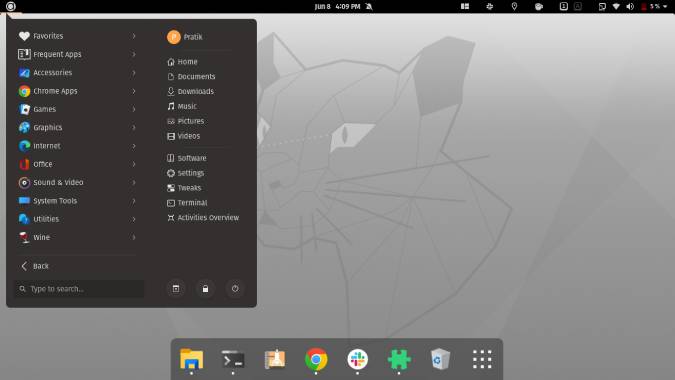 Ubuntu doesn’t provide a built-in clipboard manager. To compensate for that, you can use the Clipboard Indicator GNOME extension. It sits on the top bar and tracks all the copied texts. You can quickly switch between the copied texts using the Ctrl+F11 and Ctrl+F12 hotkey. The only issue is that the clipboard indicator doesn’t support formatting and images. 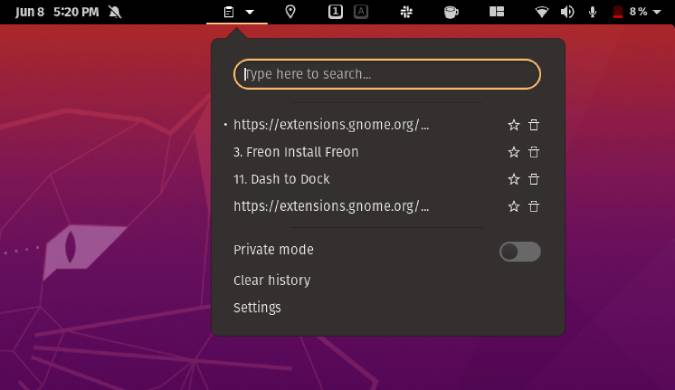 TopIcons is an old GNOME extension. If you are using legacy apps like Diodon, they still use legacy tray icons that display at the bottom left of the taskbar. The bottom taskbar is deprecated and you won’t be able to see these app icons. Hence, you can use TopIcons plus to force those icons to be displayed on the top bar. Additionally, it also lets you set the position, size, and opacity of these icons.

Sound Input & Device Chooser lets you quickly switch between audio and microphone devices. For instance, if you have a Bluetooth audio device connected to your laptop and you want to quickly switch to the laptop speaker so that everyone can hear the audio. Normally, you would have to switch the audio device through the Ubuntu settings menu. But, with SODC extension, you can just switch the sound output device right through the top bar. 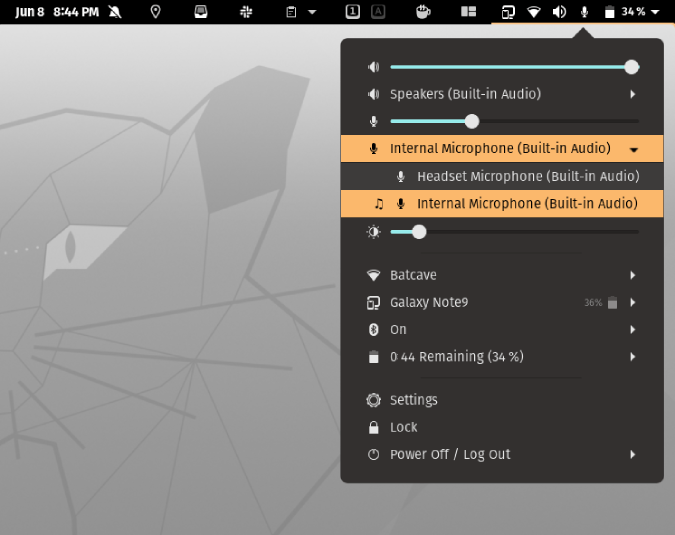 Similar to Caffeine, Lock Keys is a pretty handy utility that will make your daily task easier. It sits right on the top bar and notifies you whether the Caps Lock and Num Lock key are turned on or off. Moreover, when you hit the Caps Lock or Num Lock key it shows you a pop-up displaying whether it’s on or off.

In my case, the laptop keyboard doesn’t have a Caps Lock indicator light and I’m mostly clueless whether Caps Lock is on or off. 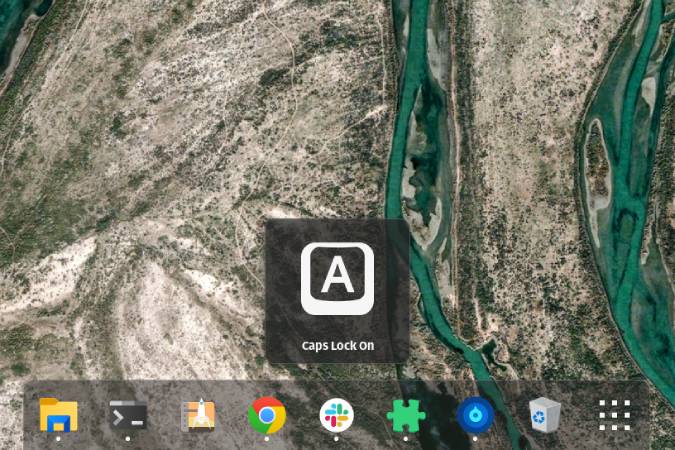 Freon is a simple GNOME extension that lets you see your CPU, GPU, and disk temperature. At times while gaming or video editing, I use it to monitor my CPU & GPU temperature to gauge thermal throttling.

These were the top must-have GNOME extensions that work with Ubuntu 20.04. For more issues or queries, let me know in the comments below.

Also Read: Best Browsers For Ubuntu You Should Try in 2020