Home » Gadgets » Google Nest Mini vs Google Home Mini: Which One to Buy?

Google Nest Mini vs Google Home Mini: Which One to Buy? 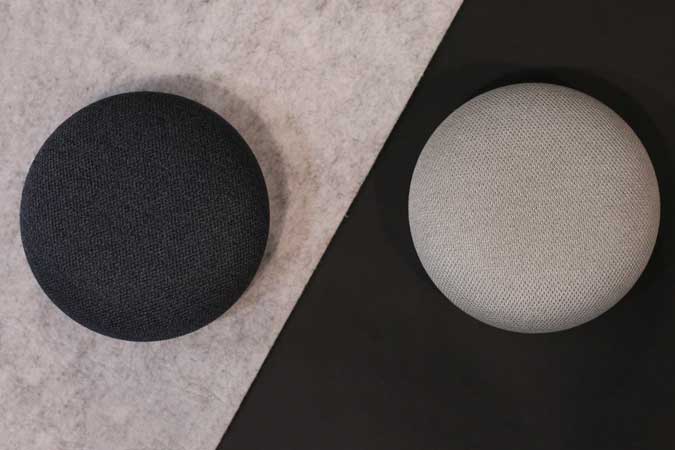 Google recently launched the Google Nest Mini which looks exactly similar to Google Home Mini but sounds far better. Both of smart speakers cost $50 and comes with Google Assistant built-in. So, if you’re in the market to buy a smart speaker for your home and are confused between Nest Mini or Home Mini, I’ll try and help clear the air. Let’s begin.

If you want to geek out and compare the exact specifications, I’ll have the table ready for you at the bottom of this article. Other than the specs, I’ll compare the two devices on outer appearance, what comes with the box, hardware upgrades, software capabilities, and differences.

You may not be able to distinguish between Google Home Mini and Nest Mini at first glance as both the devices have the exact same design and size. Both devices have a fabric shell, a rubberized bottom, and a mute switch. However, Nest Mini is slightly heavier in weight at around 181g (Home Mini is 173g). 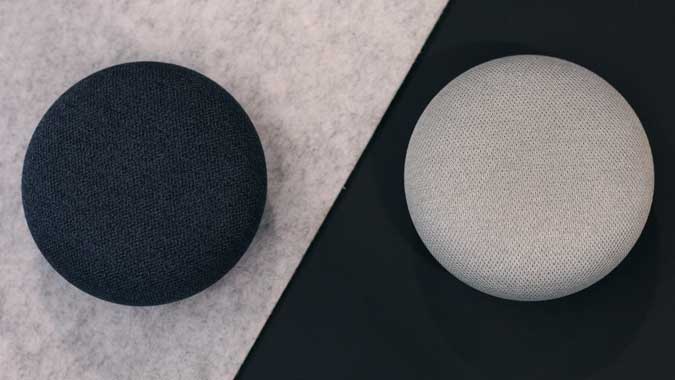 Unlike its predecessor, Nest Mini comes with a wall-mount hook inbuilt which in my opinion is a nice touch as people all over the internet were mounting it on walls with 3D printed holders anyway.

You get a smart speaker, a charging adaptor, and some documentation in the box. Nothing new here, except the charging adaptor is proprietary in Nest Mini. Moving forward (or backward) they replaced the original micro USB port with a proprietary 1.5mm pin and bumped up the power from 9W to 15W, given the internals require a much larger current input. More on that, later. 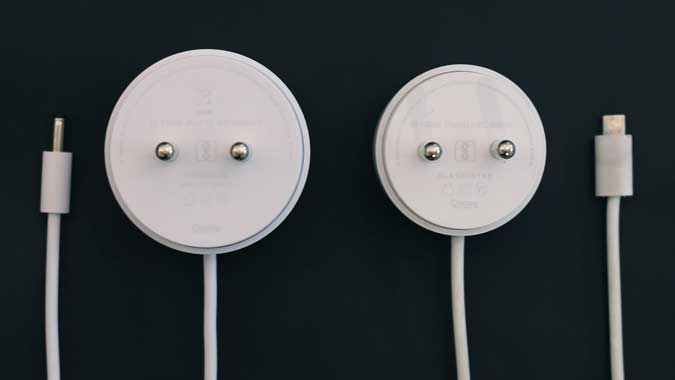 Even if I play Devil’s advocate for a while and assume they did this so that existing users don’t accidentally plug the old underpowered 9W adaptor to the Nest Mini(which requires 15W), it still doesn’t justify why they couldn’t just upgrade from micro USB to USB-C.

When Google Home Mini launched back in 2017, users reported an issue with the button in the middle which led to a constant recording. Google was quick to disable the button and that was the case with every Home mini ever since, just two capacitive touch buttons on either side. 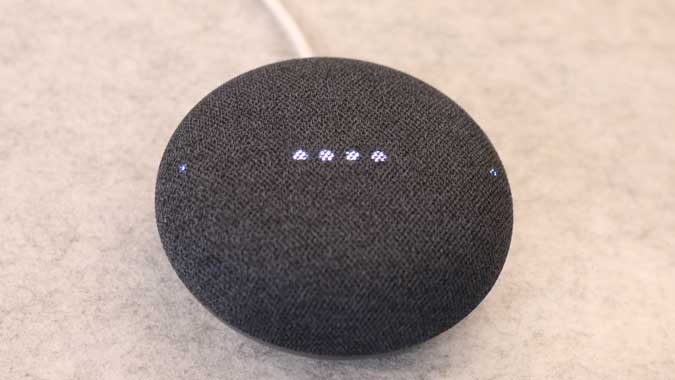 Capacitive controls on either side and on top.

With the upgraded Nest Mini, you get the similar touch controls on either side of the shell but you also get the third button back which would let you play/pause your music and activate the Assistant. Google also decided to add a small LED on either side where the capacitive touch controls would be, making it easier to find the button in practice. On top of that, Nest Mini does some magic (psst. it’s ultrasound) and lights up the LEDs whenever someone approaches near the Nest Mini making it even more seamless.

Other than the third capacitive button and ultrasound, interacting with the Nest Mini is the same as Home Mini.

The most obvious hardware upgrade on the Nest Mini is the speaker and even though it is still a 40mm driver just like the Home Mini, the sound is much better and more omnidirectional. Nest Mini presents a significant amount of bass which was practically non-existent on the original Home Mini. One of the reasons why we have a 15W adaptor with Nest mini, for that extra oomph. I’m not an audiophile and even I can tell that the Nest Mini sounds richer than the previous model. 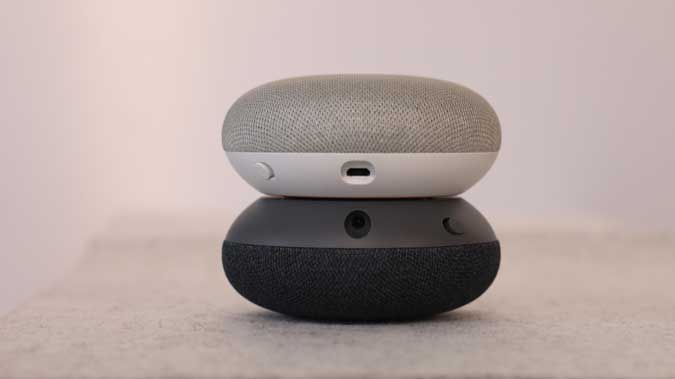 The sound is decent but I would want to pitch it against Echo Dot 3 in the future and see if it holds up against a year-old rival, it’d be fun to watch.

Nest Mini adds three far-field mics replacing the standard two-mic array which basically means it would actually listen and respond to “Ok Google and Hey Google” as it has a better chance of eliminating any background noise.

I tested both Home Mini and Nest Mini side by side to see which one recognized my commands in a noisy room and Nest Mini almost always outperformed Home Mini.

Even though Google has decided to merge the Nest and Home devices, the Assistant that makes these speakers “smart” is exactly the same. You can create shopping lists, set alarms, set up and control home automation devices, ask questions, play media, etc. The assistant is well integrated with both Google and third-party apps that will let you do some cool things with it. You can read more about apps and check out the list here.

Remember that ultrasound feature we talked above that lights up Nest Mini every time someone approaches it. Well, it can get annoying if you keep it in the living room or kitchen where you would accidentally trigger it. You can turn the feature off in the Settings, simply navigate to Google Home App, tap on the Nest Mini, tap the gear icon on the top right, disable ultrasound sensor.

You can also switch the touch controls on both Nest Mini and Home Mini when mounting the smart speaker on a wall. Not really exclusive but I wanted to let you know it exists. 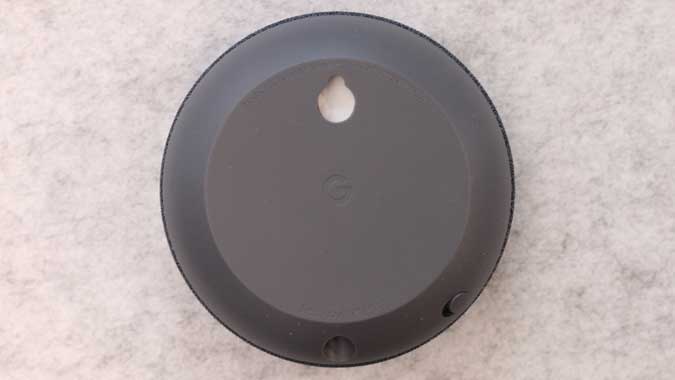 Google Nest Mini vs Google Home Mini: Which Smart Speaker should you Buy?

If we exclude all the similar features, the key features to distinguish Nest Mini and Home Mini are sound quality, upgraded mic-array, and upgraded interfacing controls. Objectively Nest Mini is a better product and an actual upgrade over Home Mini but if you want a smart speaker just for its Assistant capabilities and you’re getting Home Mini for cheaper then might as well go for it. As of writing this comparison, Google Store is selling Nest Mini and Home Mini for $35 and $25 respectively. It makes it really hard not to choose Nest Mini over $10. What do you think? Which one would you purchase, let me know in the comments below?