10 Android Apps to Hide Your Private Photos And Videos 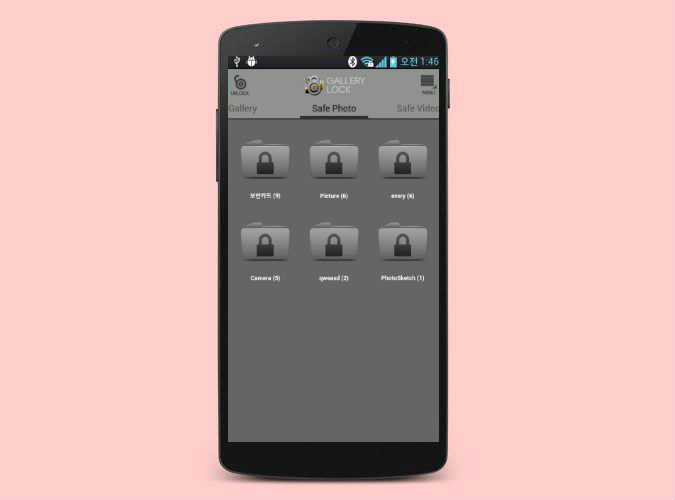 Imagine this — you hand over your phone to your friends or family, to show a picture you clicked recently. And after seeing that image, they start swiping left or right, exploring other items in your gallery.

This is a nightmare for many, who like to keep certain things private. Some photos (or videos) are only meant for our eyes, and thankfully we have a bunch of Android Apps to hide pictures and videos which you wish to. So, let’s get started and have a look at some options.

Apps to Hide Your Private Photos And Videos

The first time you launch the app, you have to set a pin and a recovery e-mail address. From there, you can begin other operations. There are two ways to hide your videos and pictures; either via the app itself or sharing the images to the app using your Android gallery.

The app has advertisements and an upgrade to the pro version is also available for $4.99.

FotoX claims to be as the ‘ultimate privacy app,’ and helps you hide your sensitive media from others on your phone.

It offers four different types of unlocking the app – PIN, fake crash unlock and pattern unlock. If you choose to, you can take pictures directly from the app, as well and transfer it to your gallery or upload it to the cloud. You can also keep the app hidden on your phone, and create a fake crash pop-up when you want. The app also has support for themes.

Safe Gallery Free is one more app which keeps your images and videos safe from intruders.

There are three types of locks available to protect your pictures and videos. You can also hide GIFs along with other media. There is also the option for a stealth mode like many other apps on the list, and you can hide the app from the naked eye as well.

There are advertisements on this app, which can be remove by IAP.

Gallery Lock is a multipurpose app which has many features you can need from an app which hides videos and images.

There is also the ability to activate stealth mode, and you can also choose which cloud server you want to backup your data to (choices are Dropbox and Google Drive), and it also clicks images of anyone who tries to attempt looking at your private pictures entering a wrong password.

The free version of the app has advertisements, which you can get rid off, by buying the pro version available for $4.25.

Vault is different from the other hiding apps as it can hide many other things along with your videos and images, such as apps, calls and text messages.

There are in-app purchases available which upgrade your cloud storage capacity. Thankfully, there are no ads on the app.

The app boasts to be the easiest to use hiding tool on Android, and it isn’t far off. It has a simple UI, and the app offers the ability to disguise itself as an Audio Manager, which you have to click in the certain way to of the application.

Other features the app offers are unlocking via PIN or Pattern, an advanced picture and video player, a fake mode to hide your actual important pictures, ability to share pictures with others, support for both tablets and mobile phones among others.

The app doesn’t have in-app purchases or any pro version but supported by in-app advertisements.

Hide Something is another fantastic app with many features a ‘hiding’ app should have. When you launch the app for the first time, you have to set-up a pattern unlocks to proceed.

The app has many features such as — a private gallery, pattern or PIN unlock features, support for backups directly to Google Drive, a Fake mode to protect your phone from unexpected checks, support for both phone and tablet, etc.

The pro version costs $5, which gets rid of all advertising along with some added features.

Keep Safe Vault is another great app to keep your videos and images secure from others. The app offers cloud support to sync videos and images, and when you keep the phone face down it automatically auto-locks.

The app also has features to keep it hidden from recently used apps. There is also a feature to add a fake PIN in case you’re in a situation where you’re forced to reveal your code to someone else – doing this, will open a ‘fake’ gallery.

Vaulty is one of the oldest apps on Google Play for hiding apps. It’s nearly half a decade old and is highly rated by its users.

Features include hiding photos and videos, having your data backed up automatically on the cloud, in-built image editor, and an organiser. If an intruder tries accessing your private files and inputs the wrong code, then the app takes a picture via the front cam and alerts you later on.

The app has advertisements, but thankfully the ads can be gotten rid of using an in-app purchase.

Lynx is another photo and video vault to hide and back up your important pictures and videos. To use this app, you have to sign-up first as it has cloud sync options. You can also generate an access code to create a private sharing circle with your friends, so sharing your hidden files becomes easy.

There is also the ability to disguise the app as a calculator, which only opens when you put in your security code. Lynx also has 5 GB of free cloud storage available (you can get more by inviting your friends), so you can hide your private images and videos on the cloud. The said cloud files are available across multiple devices with the same account.

The app is completely free to use and ad-free, but there are subscription options for bigger cloud storage.

When you’re comparing so many apps which do more or less the same thing, the primary features are mostly similar. That being said, two apps stood above the rest – Lynx and Keep Safe Vault. Both of the apps have the ability to save yourself from an embarrassing situation if you’re unlucky to be in one.

Note – One thing which has to be mentioned is that although such apps are handy, and can save yourself from a messy situation, no app mentioned here is 100% fool-proof, and if you really want to keep hidden items completely secure then relying on such apps isn’t the best idea as sometimes these apps fail. Having such files encrypted on a physical pen-drive is the better option.