Home » iOS » How to Get Alert When iPhone Battery Reaches 80%

How to Get Alert When iPhone Battery Reaches 80% 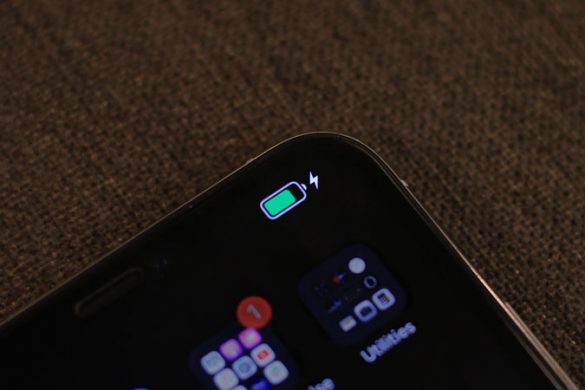 There are plenty of ways to make sure your battery experience the least amount of stress and one of the methods is to unplug the charger when your smartphone battery reaches 70-80% charge level. That’s why we’re going to set up a notification that would let you know the iPhone has charged to that level and you can unplug it. Let’s begin.

We’re going to use an Automation to trigger a notification whenever the iPhone’s battery climbs to a certain value. Automations are an extension to the Siri Shortcuts on the iPhone but you don’t have to manually run an Automation.

Proceed to open the Shortcuts app on your iPhone and tap the Automations tab on the bottom of the screen. Tap the “Personal Automation” button. 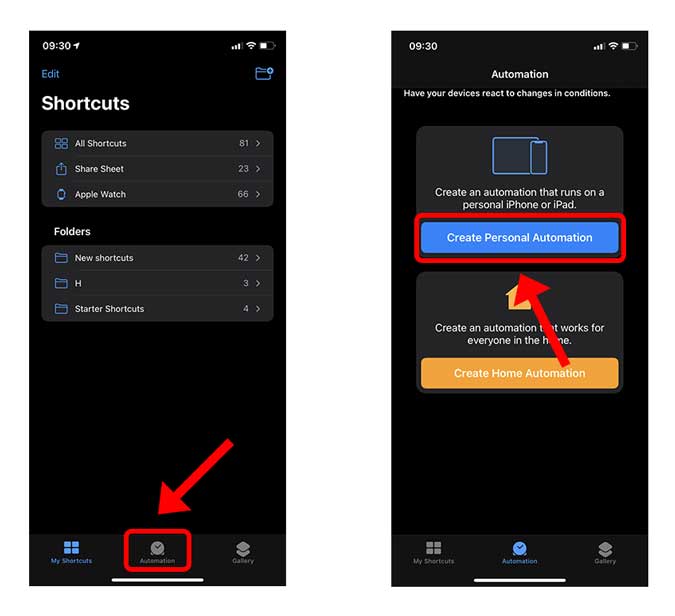 Scroll down to find the Battery section and select “Battery level”. This is going to be the trigger for this automation and you can set it to any value from 0 to 100%. Adjust the slider to set the battery percentage to anywhere from 70-80%. 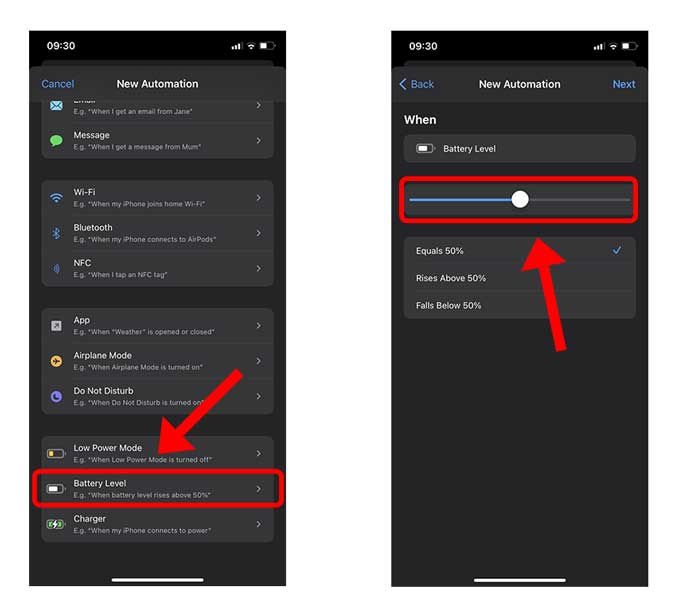 After setting the slider, tap “Rises above 80%”. This ensures the Automation is triggered only when your iPhone battery level increases which can only happen when it’s charging. Tap Next to proceed to the next step. 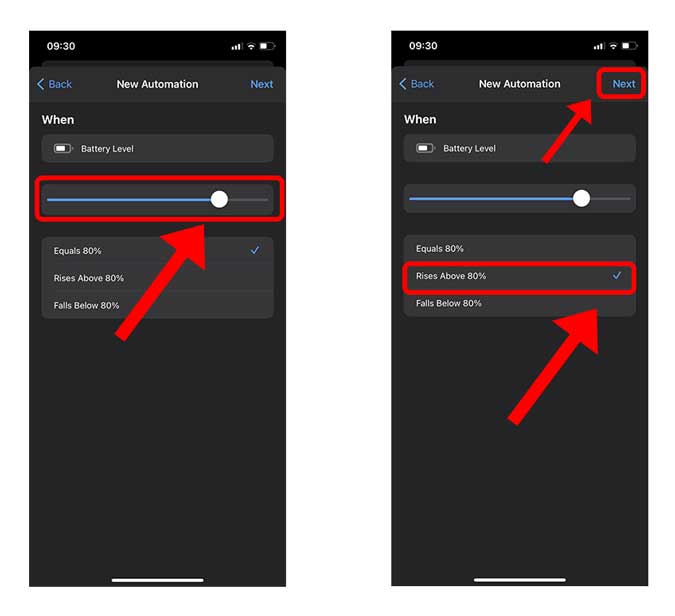 Here, we’d add actions that should be performed when the Automation is triggered. Tap the “Add Action” button and tap the search bar. 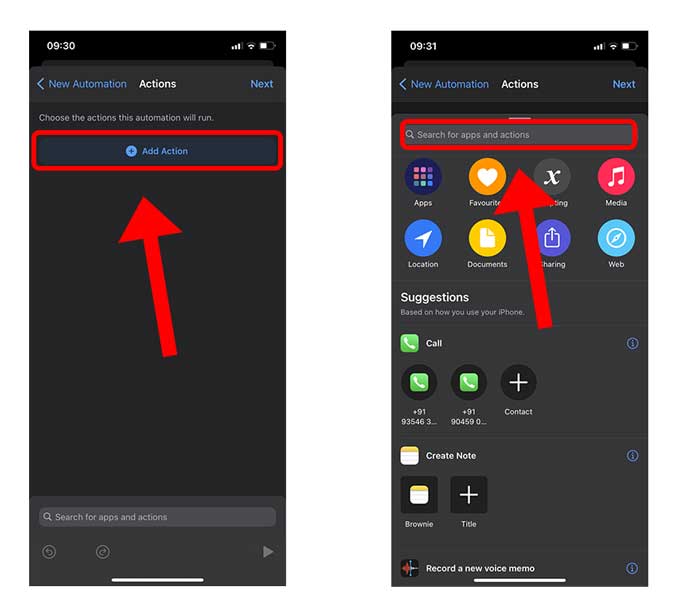 Type Notification in the search bar and add “Show Notification”, “Vibrate Device”, and “Play Sound” actions to the workspace. These three actions would ensure when the battery percentage reaches a certain level, your iPhone vibrates, plays a notification sound, and show a notification badge with a custom text. Tap the “text” option on the Show notification action to edit the text. 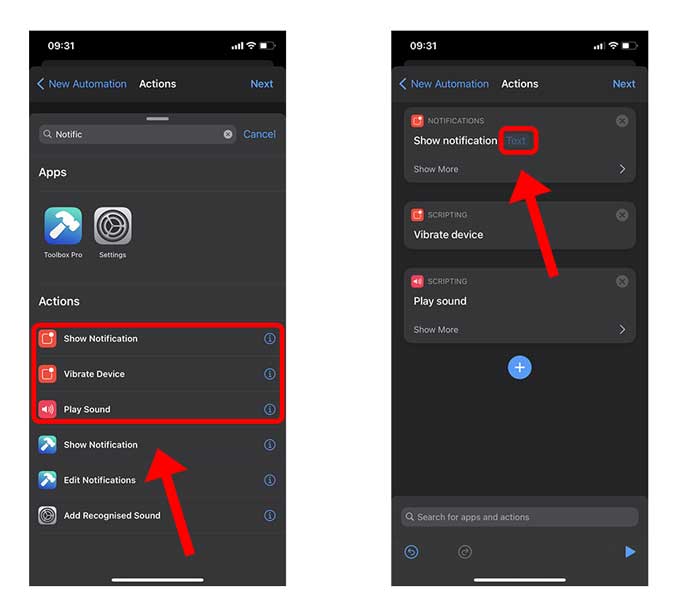 After typing the custom text, tap the Next button on the top right. 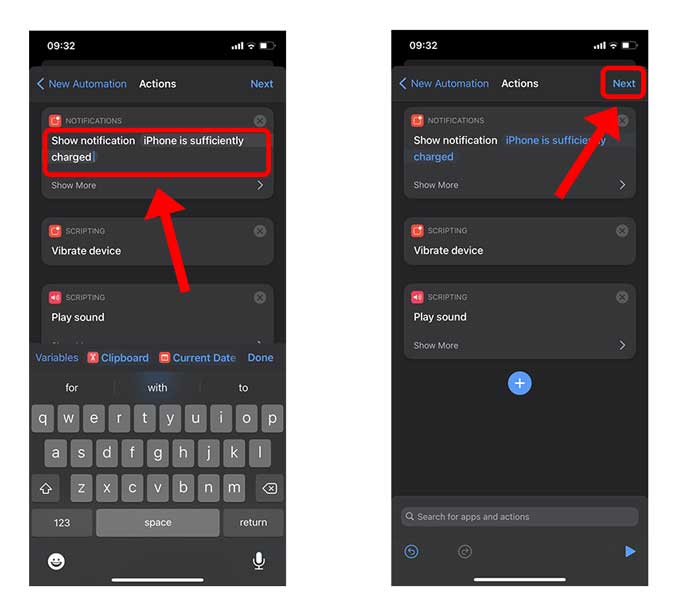 Now, we just need to disable the toggle next to “Ask Before Running” so that Automation runs without asking your permission every time. 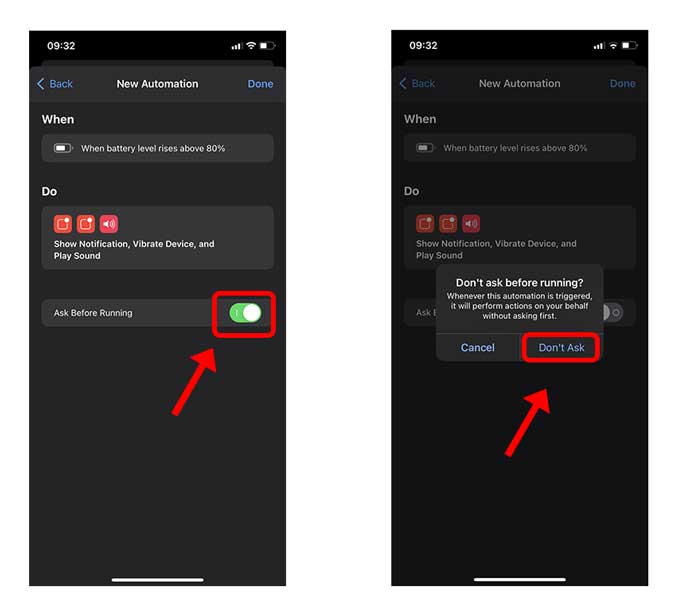 Tap “Done” on the top right and that’s it. Whenever you plug in your iPhone to charge and the battery level reaches a certain limit, it would trigger the Automation and you’d receive the notification as shown below. 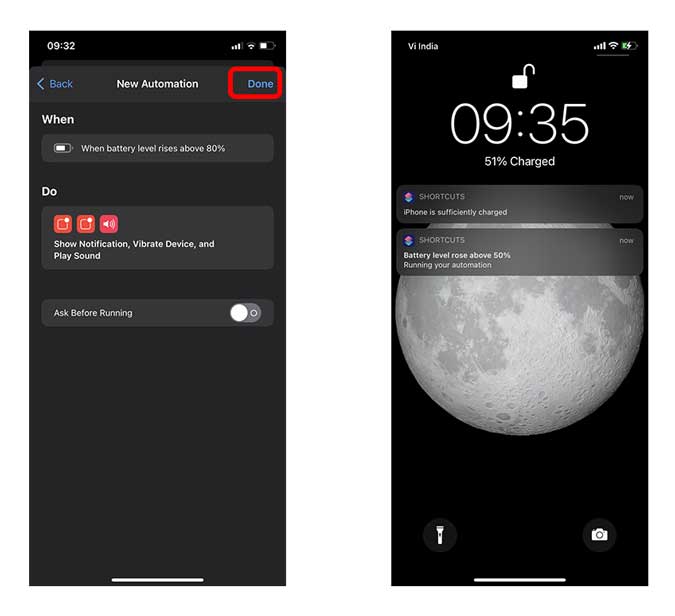 This is how to set up a custom notification on your iPhone. Even though you get an alert when the iPhone battery reaches 80% while charging, it wouldn’t stop your iPhone from charging further. To be honest, it’s not that big of a deal if your charge it till 100%, this automation is more like a gentle reminder that nudges you in the direction of pulling the plug. It seems like overkill for such a small thing but trusts me once you start using this, it would be beneficial for the battery in the long run.  What do you think? Let me know in the comments down below or reach out to me on Twitter.