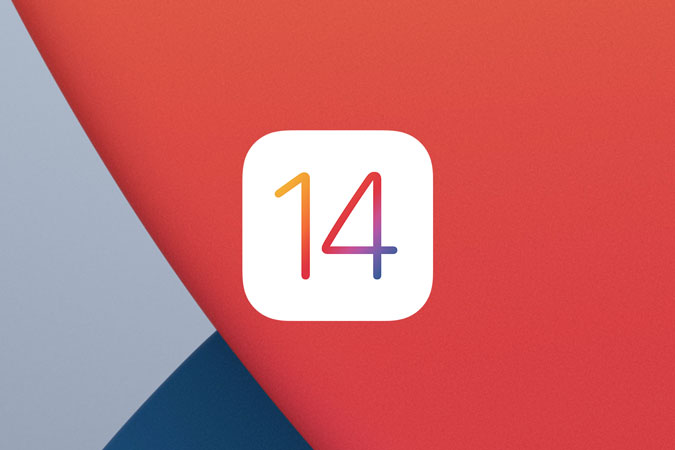 This year Apple kicked things off with the latest software for Apple devices such as iOS 14, iPadOS 14, macOS 11, etc. All of these software previews are available for developers to install and start making their apps before the final release. I have been using the iOS 14 Developer Beta since day one and if you’re thinking of getting one yourself, here’s how to do it.

You would need to have a developer account to be able to install the iOS 14 right now. The developer program costs $99/year and would take at least 48 hours to get active. However, Apple would also be releasing the Public Beta in July and I’d be updating the steps for that as well. Public beta is free for everyone.

All the iPhones released after iPhone 6s would be getting the latest iOS14. The list also includes iPhone SE (1st and 2nd gen) and iPod Touch 7th Generation.

To enroll for a developer account go to developer.apple.com and click Distribute. You can do this from your computer or smartphone but I’d be using a computer for this article. Click the Enroll button to proceed. 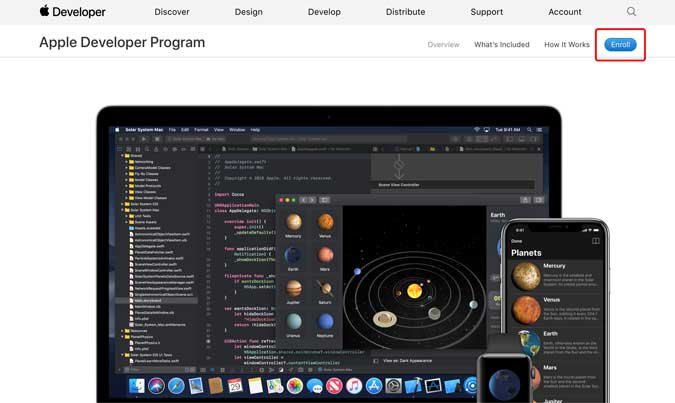 It would prompt you to login with your Apple account, enter your Apple ID credentials, and proceed to fill out your enrollment form. 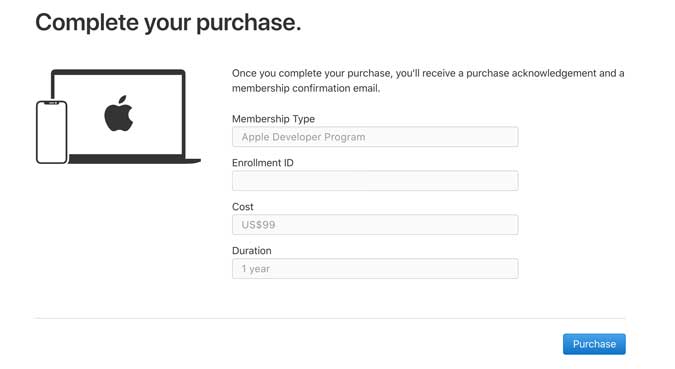 They would charge you $99 for the and activate your account within 48 hours. Once you get a confirmation on your email, we’d be ready to install the iOS 14.

Install iOS 14 on your iPhone

Disclaimer: iOS 14 Developer Beta is an early version of the software and has plenty of bugs. I’d recommend using a secondary iPhone and backing up your data to iCloud.

Now that you’re an Apple developer, you can easily install iOS 14 developer beta from Apple’s website. Simply go to developer.apple.com, go to Discover. You’d have to use Safari because Google Chrome doesn’t work. Select iOS to proceed. 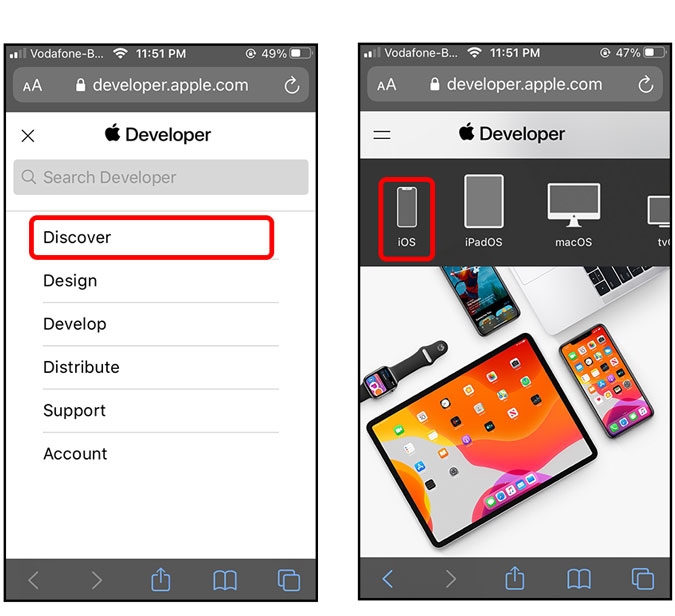 Tap the Download button, It would prompt you to download a configuration file. Tap Allow the file to install. 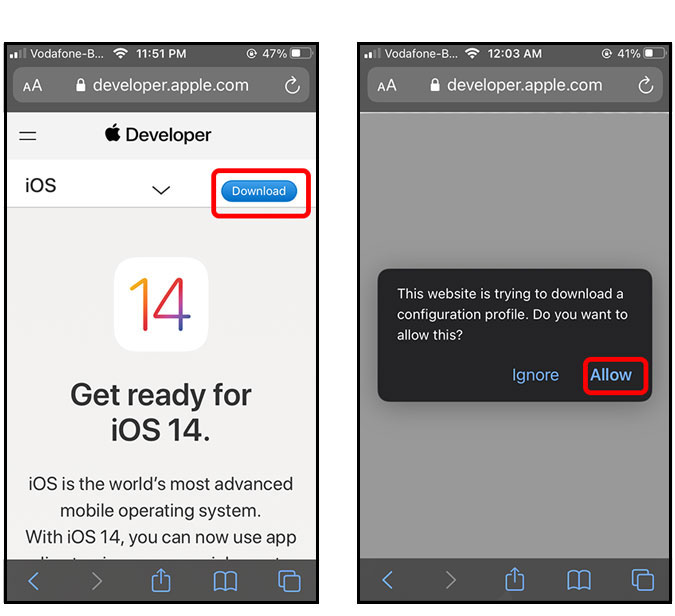 Navigate to Settings on your iPhone> General> Profile> Install. After that, just go to Software update and update your iOS to iOS 14. As the download is around 5GB, it would take some time and would restart a few times. Enjoy your iOS 14. 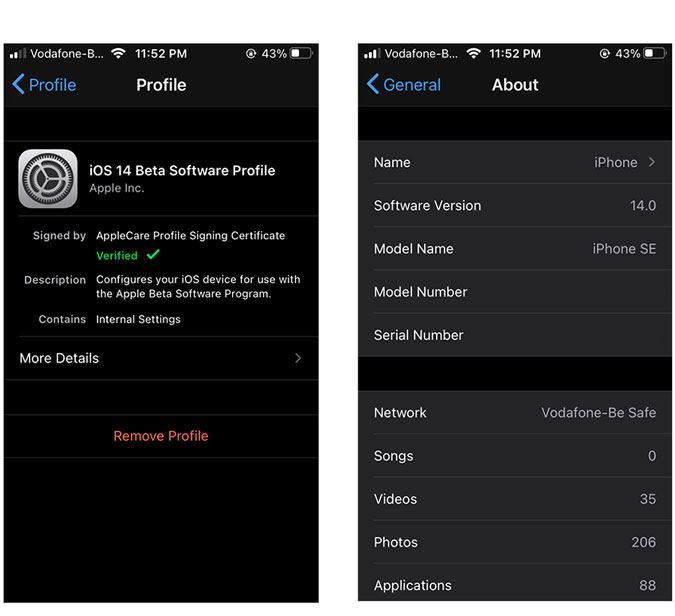 This was a quick way to install iOS 14 on your iPhone. I agree paying $99, just for early access doesn’t make much sense but if you can’t wait until July then this is your only option to get iOS 14. Anyway, let me know if you have any doubts or facing any issues while installing iOS 14 on your iPhone.