Home » Android » How to Get iOS 16 Features on Android 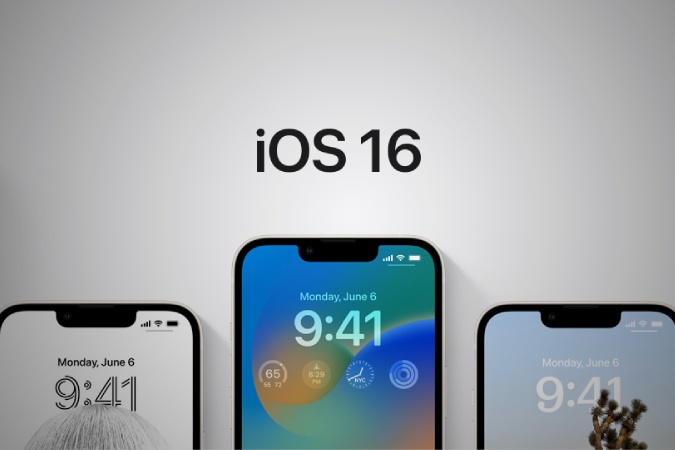 Android used to support these features many updates ago. But sadly not anymore. Nonetheless, we have third-party apps that allow you to add widgets to your default lock screen. Just install the Lockscreen Widgets app from the Play Store, costs $1.49.

Once installed, open the app and grant the required permissions. Now tap the Plus icon on the lock screen to start adding the widgets to the Android lock screen. Unlike iOS which has custom widgets specially made for the lock screen, we can only place normal widgets on Android as of now. You can check your steps, control music, view calendar events, etc. on the lock screen.

Note that any sensitive information that is displayed by a widget on Android phone’s lock screen will be visible to everyone around you. Take care of your privacy.

When it comes to lock screen customizations, several features are already available on Android, especially on Samsung One UI devices. Open Settings App > Lock screen. Here you can change the clock styles, set it to automatically change the wallpaper just like iOS 16, and can also have dynamic wallpapers.

Also, did I mention Samsung also offers widgets specially designed for the lock screen? The best part is that many third-party apps like Google Calendar, Spotify, and Pocket support these widgets.

Features related to parental controls have been improved on iOS 16 and can now set up an iPhone or iPad for kids. You can easily replicate the same features on Android with the help of the Family Link app. With that, it is easy to create a Google account for your kid and use that to log in to your kid’s Android device.

Parents can control screen time, apps and websites they open, etc easily. Just like on iOS, kids can request more screen time directly from the app.

On iOS 16, you can create a library that can be shared with your family members. All the photos and videos added to that library will be accessible to everyone added to the Library. While there is no one-to-one replacement for the shared library on Android natively, you can use Google Photos’ Partner Sharing feature. One major disadvantage is that you can only add one account as a partner.

Once added, you get almost the same experience as you would on iOS 16. It is easy to share photos as they are automatically added to the partner account. Photos can identify specific people thanks to AI and share them automatically with your partner if they are in the photo, for example.

Apple and Google remain committed to bringing password-less sign-in to users. While iOS 16 brings passkey, Google in their recent Google I/O event 2022 unveiled something similar. Google’s passkey should work on devices running on Android 9 and above. The service isn’t available as of now. But once you receive the update, you should be able to unlock your Android phone and login into any service on the web without entering the password.

Live Text lets you copy text from a real-world banner or even an image. You can replicate this iOS 16 feature on Android with the help of Google Lens. Open the Google Lens app and select the camera icon to scan any text in the real world. Google Lens is full of neat tricks including the ability to scan text, numbers, QR codes, and whatnot.

On iOS 16, you can directly do that from the photos app and even copy text from videos which is not possible on Android with any app as of now.

Well, Android is already way ahead of iOS in this area. You can install and use Gboard on any Android device that has a haptic motor to get haptic feedback for key presses. Might be a small feature but comes in handy to improve the on-screen typing experience. Dictation also works with punctuation on Gboard. Some other keyboards like one from Samsung also offer it.

While Android already has some features that Apple recently introduced in iOS 16, others can be enjoyed using some third-party apps. But Android still lacks many iOS 16 features like Safety Check, Focus modes, Focus filters, Shared Tab Groups, etc. Hope Google will take a leaf out of Apple’s iOS playbook and introduce these features in a way that makes sense in the Android ecosystem.