Home » Gadgets » How to Know What Fitbit Model Do I Have?

How to Know What Fitbit Model Do I Have? 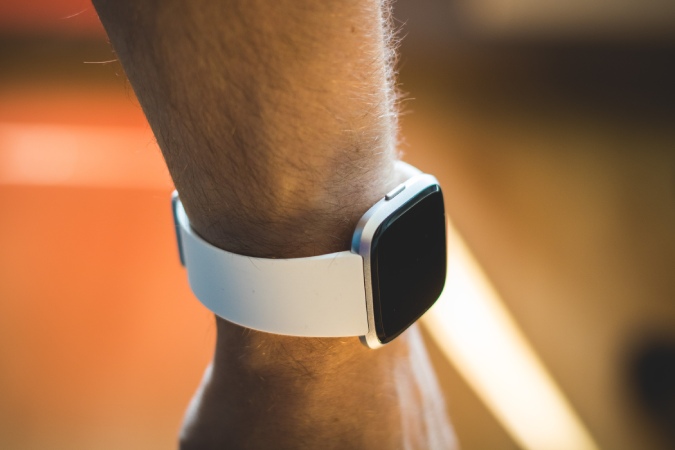 Knowing which Fitbit model you have is a prerequisite from the initial setup process of the device to selling your old Fitbit. It’s useful to know the features your device has and helps troubleshoot errors you may face. Most importantly, some are just fitness trackers while other Fitbit devices have some smartwatch functionality. So here’s how to know what Fitbit model you have.

There are some quite easy ways to find your device model number without getting technical.

If these solutions failed to solve the problem, here are more ways to find the Fitbit model.

How to Know What Fitbit Model Do I Have

Let’s start with the best method:

If your device is already connected to your phone, then look further. You can easily find the model name directly on the app itself.

1. Open the Fitbit app (Android/iOS) and tap on the profile icon at the top left corner.

2. Here, you should find the device connected to your account with its model name.

The previous method only works when your Fitbit is connected to the phone. If your device isn’t connected, then you can check directly on the device itself.

1. Open your Fitbit device and swipe left to find the apps.

2. Here select the Settings app on your Fitbit.

3. In Settings, scroll down and select the About option.

4. On the next page, select the Regulatory info.

6. Anyway, you can search the model number online to get the model name instantly.

But you are not out of luck. Ever since Google acquired Fitbit, the device works with the Android Fast pair. So turn on your Fitbit device. It should show a download icon. Now get the device near any Android phone running Android 8 or above.

In whatever state your Fitbit is in, either of the above options should work to find the Fitbit model name. But if you are facing some issues with the above processes, the only way left is to open the Fitbit products page and compare your device with the products displayed.

Some models may look similar to others, but you can get a basic idea of the model. Other than that, just scan your Fitbit with Google Lens, it also should give your model name of the device.

Either way, both methods are a bit unreliable, but at least these are your last options if any of the above solutions aren’t working for you.

So, What Fitbit Model Do You Have

With the above-mentioned methods, you can find your Fitbit model name and number whether your Fitbit is linked to an account or not. Even if your Fitbit does not turn on, you can open the Fitbit product page and check the model manually. Or you can use Google Lens to find the model for you. Whatever the case, you can easily find your Fitbit whether it’s a smartwatch or a fitness tracker.

Have issues related to your time on your Fitbit? Here to set up Time on Fitbit.