How to make a Rubik’s Cube Mosaic

Rubik’s Cube became one of the mainstream mind games and there are many competitions and world records for it. There are few people who use Rubik’s Cube to make something called art. Popularly Known as Rubik’s Cube Mosaic, Rubik’s Cube Pixel Art or Rubikubism. If you can solve one side of the cube and have dozens of Rubix’s cubes lying around, you can easily create a Rubik’s Cube Mosaic. Let’s see how.

The hardest part of making Rubik’s Cube Mosiac is getting a face to show specific colors. As a part of pre-planning, you need to get the layout designed. It is nothing but taking an image, change its colors to only the six colors of the cube. So that you can make that image with cubes and make the image into pixel art and divide it by black bars. In short, get an image of the output with the help of software. Open Twist the web website. Choose the image you want and drop it on the designated space.

The interface would ask you how many Rubik’s cube do you have and generate a pixel art with those numbers. For the sake of this argument, I selected 1000 cubes but you can create a comprehensible image with around a few dozen cubes.

After that, you have to choose the colors on your Cube. Typically a cube has six different colors and you’d want to feed those colors to the algorithm to create accurate pixel art. Change the shades of the colors to match with the cubes you have and click on the next arrow. 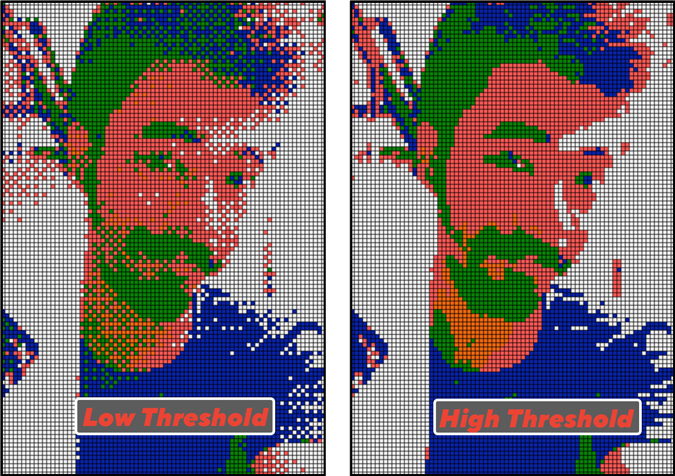 Select which type of cubes do you have, you have options from 3×3 cubes to 7×7 cubes. However, all the Rubik’s Cube must be the same and you can’t use a combination of different types of cubes.

Now, simply give your Mosiac a title and proceed to the next step by clicking the arrow.

There you go, here’s your final output. Your image with only the colors Rubix’s Cube has and is made into pixels. You can download it from here in PDF format and start building your Rubik’s Cube Art for real. 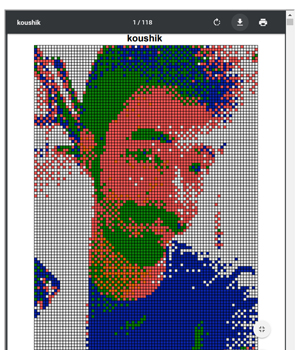 But the best part is, you can also get detailed pictures showing cubes only from a certain part. Each section of the picture has its name which says the location of it in the image. This will make things easier when you would stack all the Rubik’s cubes together. 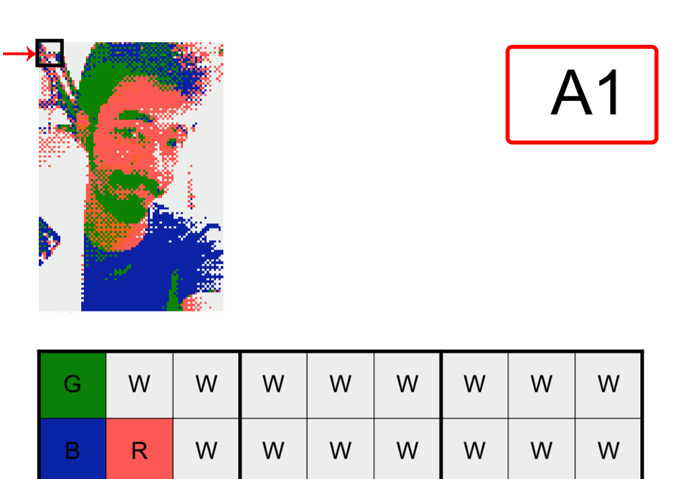 This method not only creates an easier process than editing it on Photoshop but also gives you much detailed placement of cubes in a specific area. The only flaw being, that you cannot edit even some small changes on your own. But the software does a decent part. What do you think of this method of creating a Rubik’s cube? Are you going to make one? Let me know in the comments below.

I Eat and I Write. Interested in Consumer Technology in any form factor. Addicted to movies with no language and regional barriers.

Top Apps to Block a Program From Accessing...

How to Take Polls in Microsoft Teams

How to Set up Parental Controls on Netflix

How to Restore Google Chrome Tabs After Restart

How to Play Retro Games on Steam Using...

How to Run Multiple Independent Instances of Chrome

How to setup Remote Desktop on Chromebook