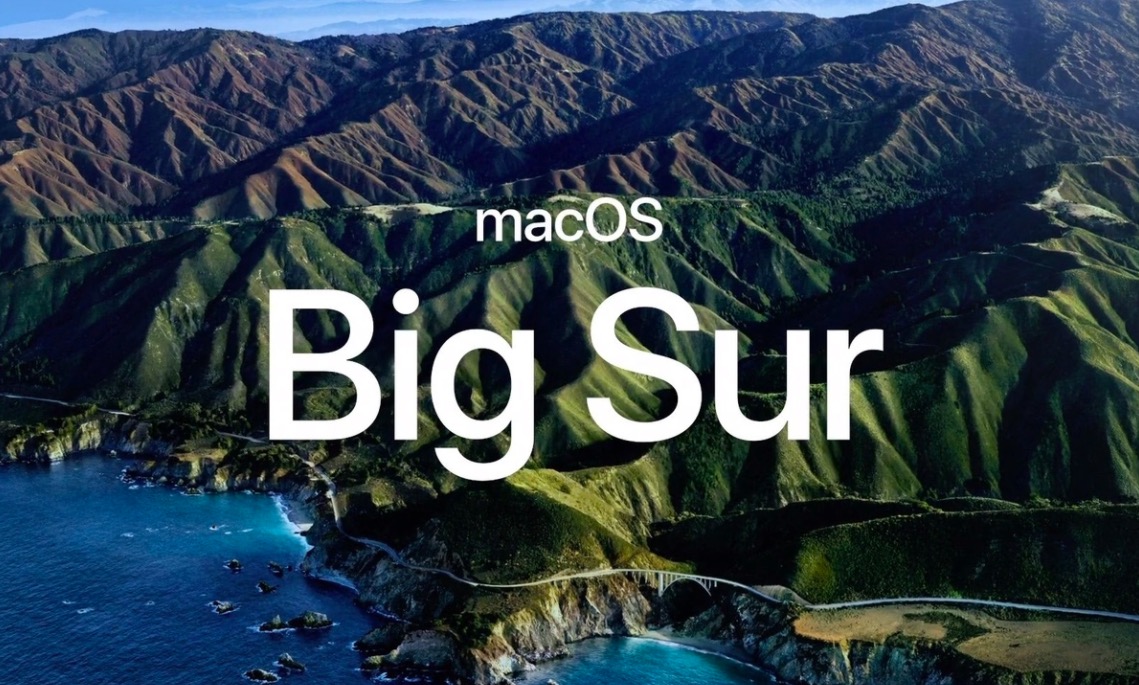 In WWDC 2020, Apple has released the official look of macOS Big Sur. This macOS version seems to be a massive design overhaul compared to the other versions of macOS. I really liked the Big Sur wallpapers and icon pack, and folks over at GitHub have found a way to get the exact same look on Linux and other distros. So, here’s you get the exact same macOS Big Sur’s look on Ubuntu 20.04.

In order to achieve the exact same macOS Big Sur look, we would have to go through 5 simple steps. Let’s begin.

First of all, we would have to install the WhiteSur GTK theme. It’s a third-party theme, developed by Vince. It provides the exact macOS Big Sur like application window, window buttons, top panel, and dock. To install the themes, first, we would have to resolve some dependencies. For that, run the following command. 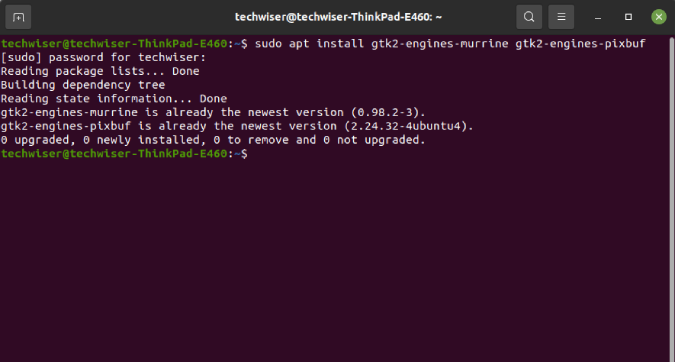 Next, to install a few dependent utilities, run the following commands. 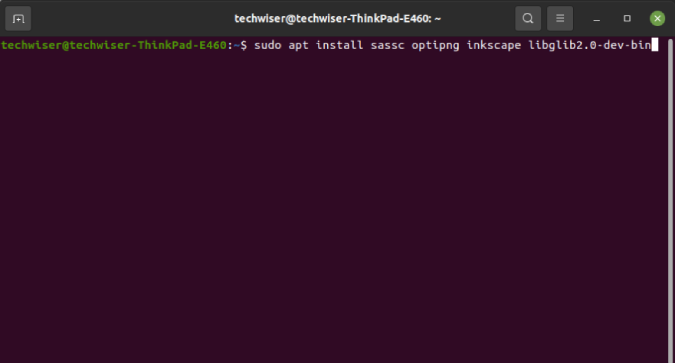 Once we are done with installing the dependencies, we can install the WhiteSur GTK theme. To do that, run the following set of commands. 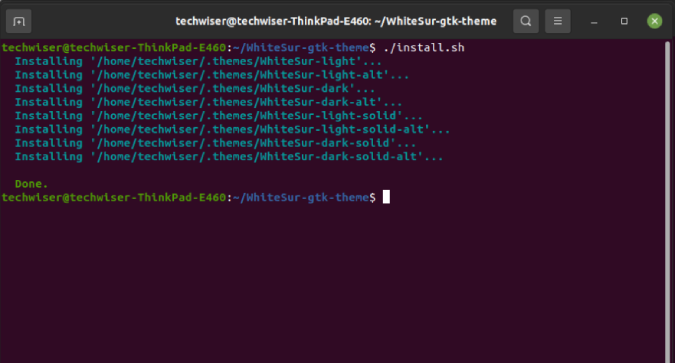 After installing the theme, head over to “GNOME Tweaks”. 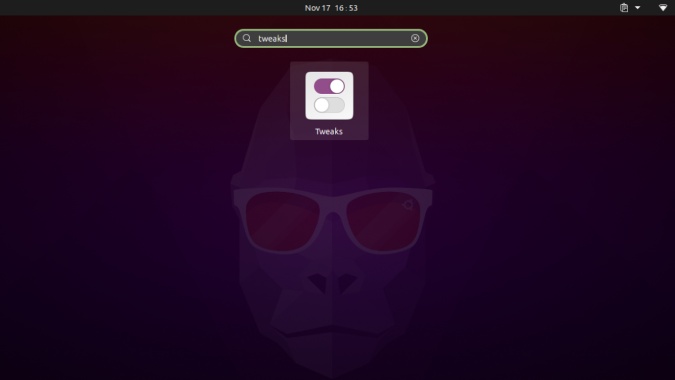 Within Tweaks, on the “Appearance” tab, change the Applications and Shell value to “WhiteSur-dark”. There are a bunch of other WhiteSur themes like WhiteSur-dark-alt, WhiteSur-light-solid, etc. You can try any one of those. 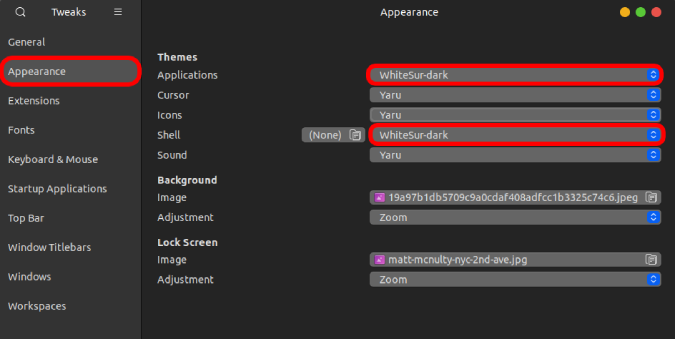 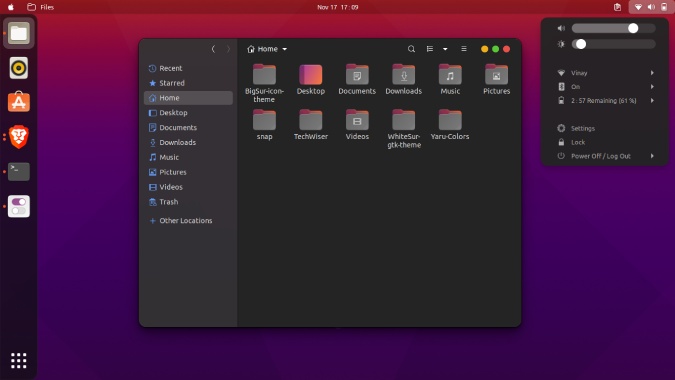 However, there’s still a lot of work pending. Next, we will move to the icon packs.

Under GNOME Tweaks, on the Appearance tab, change the value of Icons to “BigSur-dark”.  There is also an option called BigSur. You can use it with a light theme.

The BigSur Icon theme supports a lot of icons. The most used ones like Brave, App Store, Settings, Calculator, Text Editor are supported.

Next, we need to get the macOS 11 wallpapers. Currently, the dynamic wallpapers unlike macOS Mojave aren’t on the Internet yet. But, the ones displayed at the WWDC launch event are up for grabs. You can download them from this 9To5Mac article. My favorite one is the default Big Sur wallpaper and here’s how the desktop now looks like. 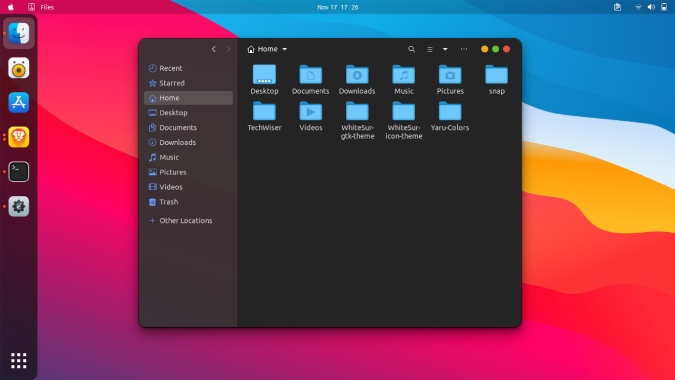 The lockscreen on Ubuntu 20.04 is translucent and evokes a blurred gradient look. You can also adjust the opacity of the lockscreen with the help of an extension called “Control Blur Effect on Lock Screen“. 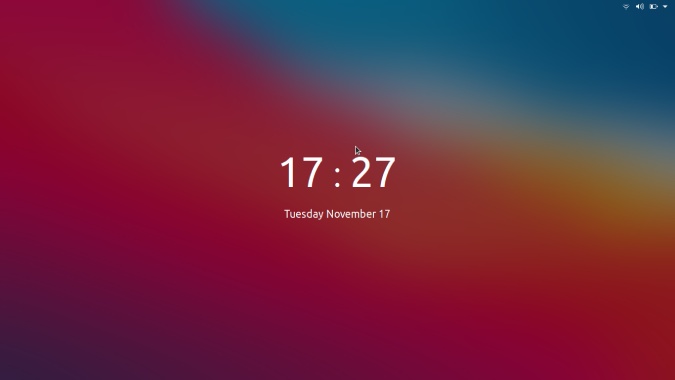 Next up, we need to provide finishing touches to the Ubuntu Dock. Now, Ubuntu 20.04 already provides you the option to move the dock to the bottom. However, there’s no option to modify the width and icon size on the dock.

Hence, we will use a popular third-party extension called “Dash to Dock”. It not only lets you shift the dock to the bottom but also adjusts the size of the dock based on the number of open applications. Moreover, I have modified the icon size on the dock and kept it to 55 px to make it look similar to the macOS dock. 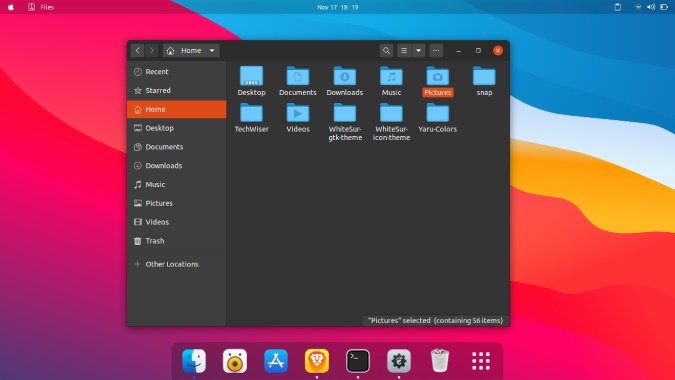 Finally, we need to get the Genie or Magic Lamp effect. This is the animation that is triggered while minimizing a window in macOS. Thankfully, this effect is also ported to Ubuntu’s GNOME desktop environment. To install that, you have to simply install the GNOME extension called “Compix alike magic lamp effect”. Once you have installed the extension, the entire macOS look is complete.

Compared to UbuntuDDE, Deepin V20 has a closer look to macOS 11. However, it’s still in beta and themes are not available to download. I’ll revisit it soon once it hits stable build. Until then, let me know your home screen setups in the comments below.

10 Best Ways to Get My Chromebook Screen...

How to Use Text-to-speech on Chromebook

3 Ways to Find Out What Chromebook Model...