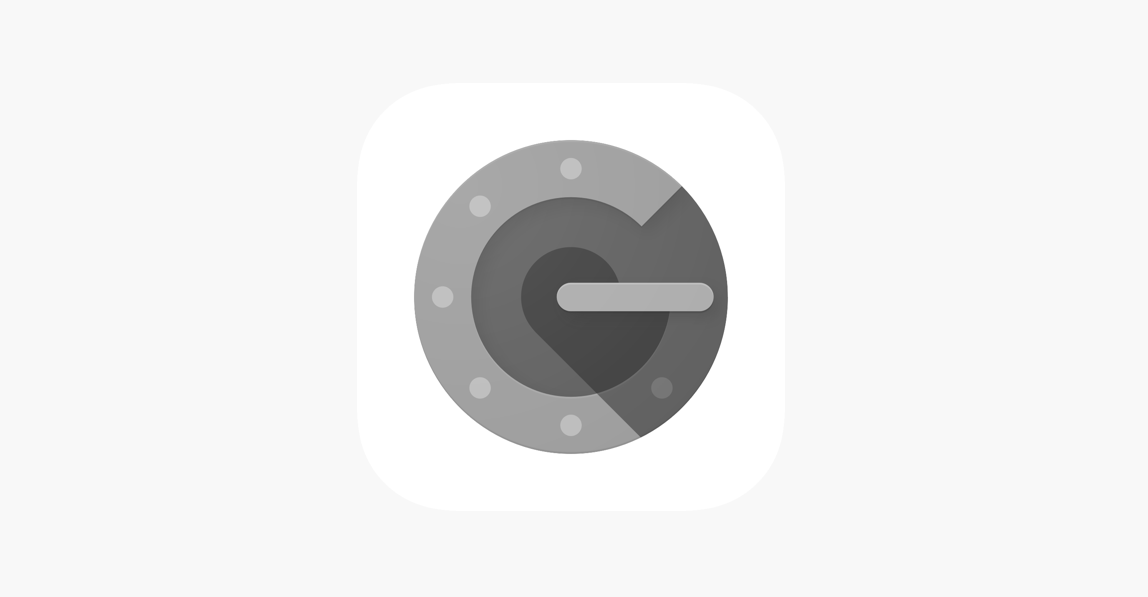 Google offers a free two-factor authentication app called Authenticator. The app is available on both Android and iOS smartphones and is completely free with no ads or in-app purchases. Google’s 2FA app is notoriously simple. In fact, they kept the UI way too simple and forgot to add a way to move Google Authenticator data, the scanned codes, to another phone safely. Until recently that is, there was no way to move or transfer Google Authenticator codes to a new phone.

Google recently updated its Android version of the Authenticator app to add a way to import and export existing scanned 2FA codes to a new phone. This is a welcome sign because other apps like Microsoft Authenticator and Authy both support this feature. They have had it for a long time now.

On the flip side, the iOS app for iPhone and iPad is still missing the transfer feature. There is no news from Google’s end on when they will bring it to their Android counterpart. Until the update arrives, it has become easier to transfer Authenticator from Android to Android but the same can’t be said when it comes to iOS to iOS or between Android and iOS in either direction.

Here is how the whole thing works.

Also Read: How to Use Android Phone to Verify Google Sign in on iOS Using 2SV

Open the Authenticator app on your new Android phone and you will be greeted with a help screen that explains how Google Authenticator works. You will then be asked whether you want to transfer accounts. If you don’t see that screen by default and are taken to main screen, just tap on the three-dot menu icon to select Transfer accounts option. 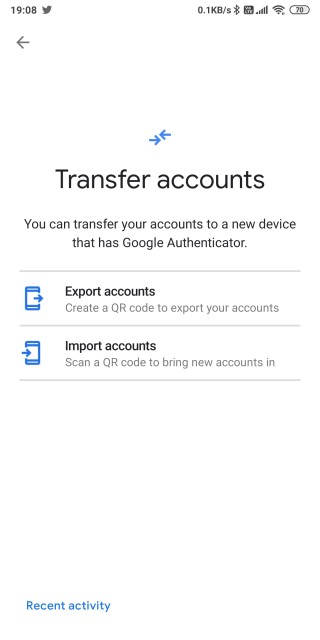 You will be asked to enter your smartphone password at this point for security reasons so no one can export data to their phone without your permission. It is not immediately clear what this screen means because they don’t say enter phone password here or anything. Just a blank field. I wasted a few minutes by entering Google account password instead. You can’t take screenshots of this screen either, again for security reasons.

You should now see a list of all the accounts that are stored in your Authenticator app. Select the ones that you want to move to the new phone and select Next. Download and install Google Authenticator app on your new phone and scan the QR code that you see on your old phone at this point. All selected 2FA codes will be transferred from your old phone to the new one once you complete the scan automatically.

On the new phone, you will select the Settings > Transfer account > Import account option and not tap the plus icon to scan a new QR code like you normally do. Those two QR codes options are not the same.

Also Read: Authy vs Google Authenticator – Which one is Better?

Unlike some other 2FA apps, Google stores all data locally on your phone in encrypted format so that it is safe and secure. Even if your phone is lost, stolen, or compromised, this data cannot be read. You can and should wipe data from your phone using Google Find My Device app available on the Play Store.

Because the data is not stored online in the cloud on a remote server, it never stays in sync on two devices at the same. While it can be a little troublesome for some of you, it is actually a lot more safer. For example, when you scan a 2FA code in Authy on one device, it will automatically appear on another device where you have installed Authy. While Authy encrypts data too and takes a lot of precautions, the data is still in the cloud and is moving through servers.

Moving 2FA codes this way is more tedious and manual in nature but takes less than a minute and is safer and more secure.

Also Read: How to Login to Google Account without Verification Code

Move Authenticator from iOS to iOS on iOS to Android, and Vice Versa

The Authenticator app will show a short message in blue background that says ‘Accounts were recently exported’ the next time you launch the app. You can also view a list of all imports and exports under Recent activity. It contains more details like number of accounts imported/exported, date and time of the activity, and Google email ID of the Authenticator account. You will also find a link to reset 2-Step verification on your Google account if you believe it has been compromised.

The iOS version of the Google Authenticator app is still missing the Transfer account feature. I hope it comes along soon because I myself want to protect myself from future mishaps by keeping all 2FA codes on two separate devices. The probability of me losing both the phones at the same time is pretty slim.

Pro Tip: Use your old, spare smartphone and install Authenticator app on that to further reduce chances of losing access to 2FA codes and getting locked out of your own account to zero. Keep it in your office or home for safekeeping.

Right now, you will have to sign in to each and every account that you have using ID, password, and 2FA code and re-scan the 2FA codes manually on the new phone. That will involve removing 2FA security from the said account after you sign in, enabling it back again, and re-scanning the QR code from the new phone.

Google has not shared any timeline on when they are going to push the new update so it is anyone’s guess.

Just take a screenshot of the QR code and save it somewhere safe. You can either encrypt the data, store it inside Microsoft OneDrive Personal Vault which will encrypt and protect it for you, or simply take a printout and store it offline. Either way, you now have the actual QR code in your hand and can scan it anytime you want with any 2FA app you like. Of course, saving backup codes safely is the traditional way most people go.

The process of transferring Authenticator app from Android to Android is super simple and easy. It will take less than a minute. iPhone and iPad users are not in luck but soon, I believe a solution will present itself. You just have to be patient. Till then, either use your old phone, re-scan all codes, or move over to an app like Authy.