Home » Android » How to Predict Traffic on Google Maps for Android

How to Predict Traffic on Google Maps for Android 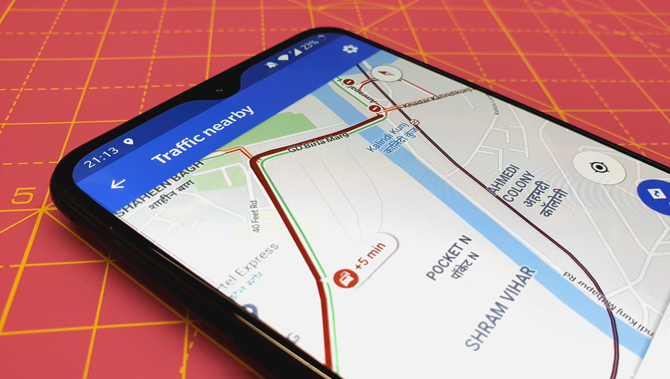 Google Maps has plenty of features which enhance your driving experience. I keep discovering new features like inbuilt fare prediction, crash and speed trap reporting, and traffic prediction. My favorite is the real-time traffic prediction but there is a hidden feature which lets you predict traffic at a certain time. In this guide, I’ll show you how to predict traffic on Google Maps for Android. Let’s get started.

Google Traffic prediction is based on several factors including Public sensors, GPS data, and analysis of the past record of traffic in the area. All of these parameters help you give an accurate and real-time traffic update. This data can also be used to predict traffic in future. For the most part, this data is usually accurate, unless there is a recent change in patterns like construction or a crash at the site.

Read: Now You Can Share Your Real-Time Location with Google Maps

How To Predict Traffic on Google Maps

To see the prediction of the traffic, First, open the Google Maps app on your Android Smartphone. Tap the Directions button on the bottom right.

Now, enter the starting point and destination details in the input fields to generate a route for your commute.

You’ll see the real-time traffic patches in red on the blue route. Tap on the options button (three vertical dots) on the top right.

Select ‘set depart & arrive time‘ to open a new pop up window. Here you can select Time and date of your departure or arrival and tap set.

Google Maps would automatically generate a route at the time with Traffic predictions of that hour.

This is how you predict traffic at odd hours on Google Maps. Unfortunately, you can only use this feature in Android. Even though Google Maps app for iOS is similar to Android, you don’t get traffic preview for that time. Here’s how you can set a reminder for a route on Google Maps for iOS.

Set a Reminder on iOS

Open the Google Maps app on your iOS device, and generate a route by tapping the direction button. 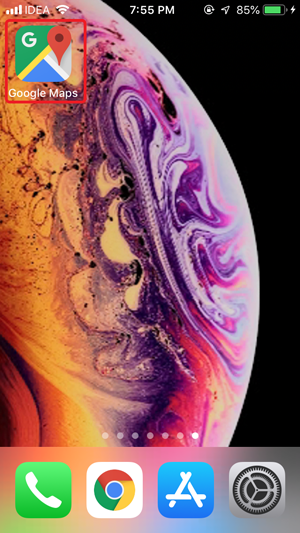 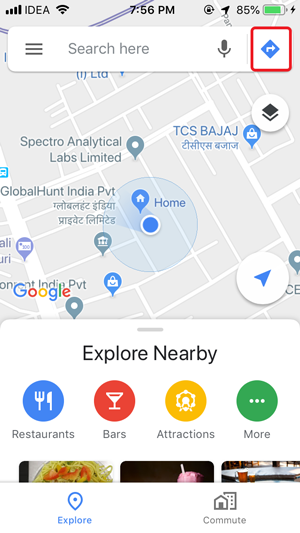 Enter the starting and destination point. After the route is mapped, tap the options button (three horizontal dots) on the top right. 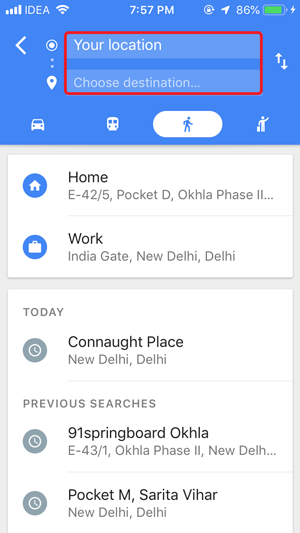 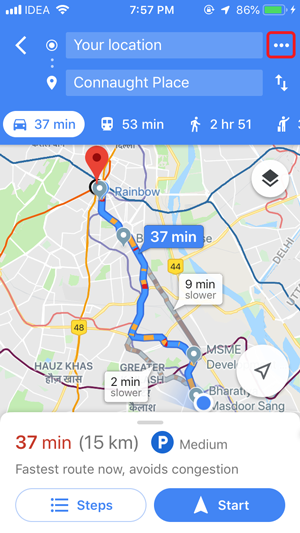 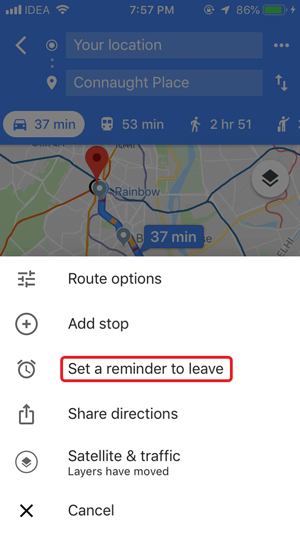 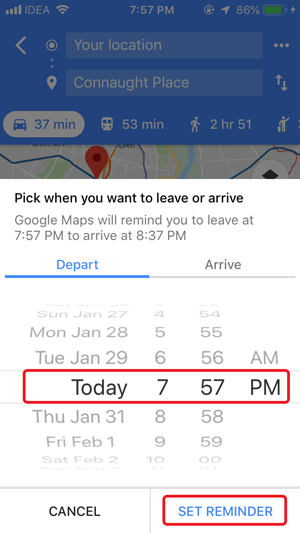 Must Read: Best Travel Management Apps for Android and iOS

Traffic prediction was long available on the desktop site and it’s good to see it coming on Android as well. You can seldom predict what’s on the road and Google helps remove a chunk of probability from the scenario. Of course, there are always a few things which would be inevitable but in normal situations, Google maps fares well. Tell us which Google Maps features do you love the most in the comments below.

Use These Apps To Make Android Easier for...

What Is Good Lock on Samsung Galaxy Phones:...

How to Turn off Mobile Data and Wi-Fi...

How to Change App Icons on Samsung Galaxy...