Home » Internet » How to Remove Bloatware from Chinese Phones without Root

How to Remove Bloatware from Chinese Phones without Root 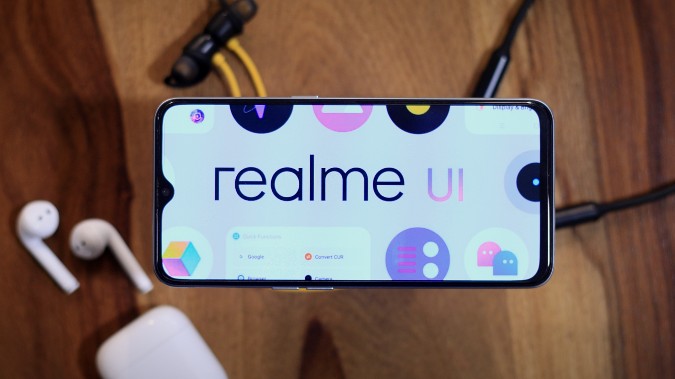 Chinese smartphones have come a long way both in terms of quality and specifications. However, besides being supremely cheap, they have something else in common. Bloatware! I have a Realme phone, and besides tons of extra apps like browser, news, weather, I also have to deal with the Oppo app store which pops up every time I try to download an app from Google Play Store. While you can’t remove all the bloatware, you still can uninstall most of them. So if you’re not a fan of these apps,  here is How to Remove Bloatware from Chinese Phones without Root.

How to Remove Bloatware from Your Chinese Phones

This method uses Android Debug Bridge (ADB) and PCs Command-Line to uninstall apps from your phone, you can not only use this to remove what you consider bloatware but other apps as well. To remove bloatware from your phone, you will need three things, your phone, a USB cable, and a laptop (PC or Mac both works). You would also need to install Minimal ADB for (Windows | Mac) and the Package Viewer App, which will help us in steps ahead.

Firstly, you would need to enable ‘USB Debugging’ in the ‘Developers Options’. But since this is a hidden menu, you’d need to enable this as well. To do that, head to Settings, and scroll down to About Phone and find Build Number. If you don’t find it in the main About Phone setting section, look for it inside the Version option. Now continuously tap on Build Number until you see a prompt “You’re now in Developer Mode” 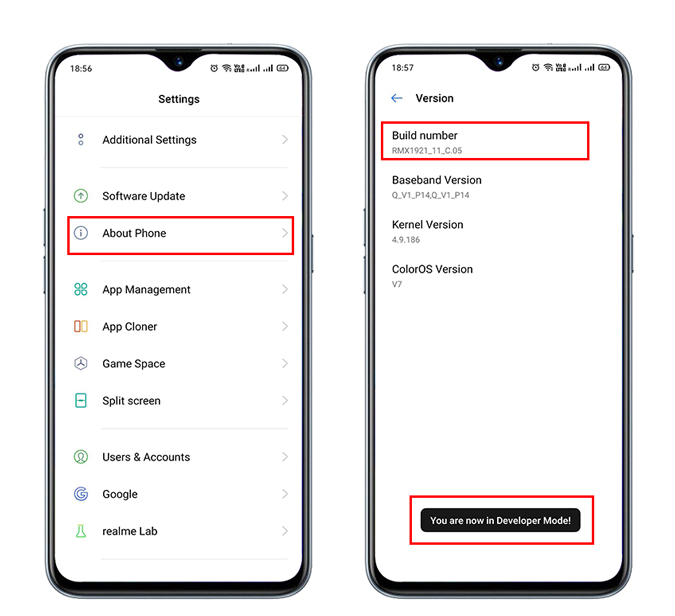 After this head to the main Settings page again and select Addition Settings. Now scroll down to Developers Option and enable USB Debugging. This will show you an Allow USB Debugging prompt, simply hit OK. 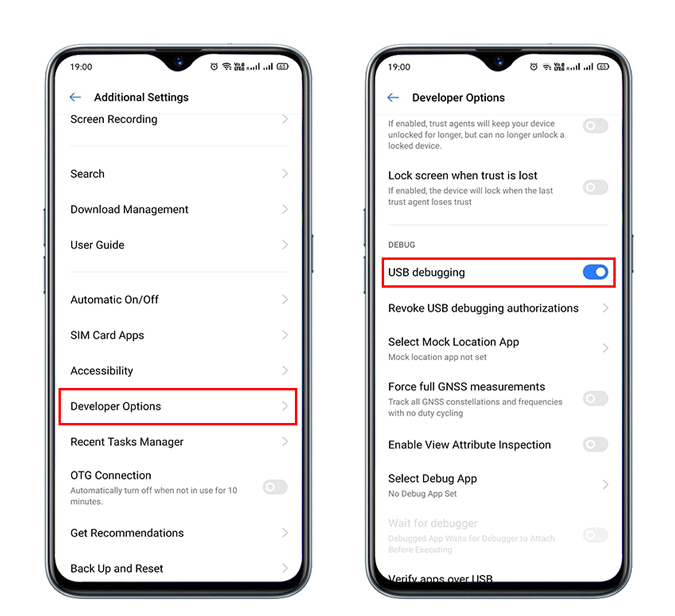 After you’re done, connect your phone to the laptop and choose ‘File Transfer’. You’ll also get prompt asking permission to ‘Always allow this computer for debugging’. Tap on the option to check-mark the prompt and click Allow.

Now simply go to your phone’s root folder and type CMD on the toolbar which will open the command prompt window.

Before you move ahead and uninstall apps, you would need the package name for each app you need to uninstall. Open Package Viewer app that we installed on the first step and scroll to the app you want to uninstall. Each App will have a package similar to com.realmestore.app (Realme Store). Write this down, as we’ll need this later. 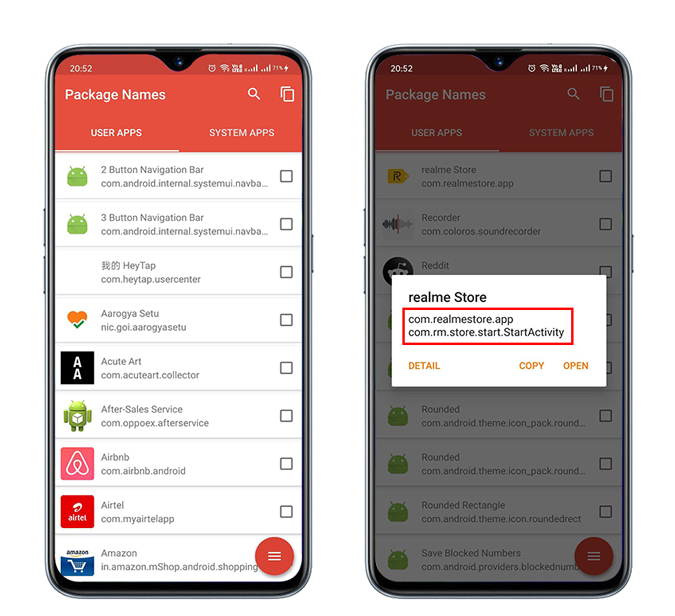 Now you’ll have to use the following command in the command line, type adb devices and hit enter. It’ll show you the serial number of the device attached. This means you’re good to go. Next, type adb shell and hit enter again.

This is the last step where we will uninstall the apps by using the command, pm uninstalls -k –user 0 com.realmestore.app. You can replace the app package name with any app of your choice. Type the command and hit enter again. That’s it, if you see the success message, you’ve uninstalled the app without any issue!

I’m sure you’ll try to uninstall all the bloatware from your phone right away, but there is a catch. You will not find some apps in the package viewer and there isn’t a way to remove them. One of them is the Oppo Store that Realme users can find. Secondly, don’t uninstall any system apps, such as SystemUI, File Manager, Messages app, Photos, etc. as these are cross dependent for the system to work properly.

Most of the phone manufacturers give the option to hide icons in the many natively. If you don’t want to use the above option, you can simply use it to hide all the icons you don’t want to see. Although this doesn’t free up space or stop apps from keeping an eye on you, it makes the app drawer look clean.  You also have the option to disable a few apps which is a great way to restrict any kind of access to the internet or your data. Finally, as silly as it may sound, tap, and hold an app and you might be lucky if you see an uninstall option.