Home » Android » How to Schedule Messages on Google Messages 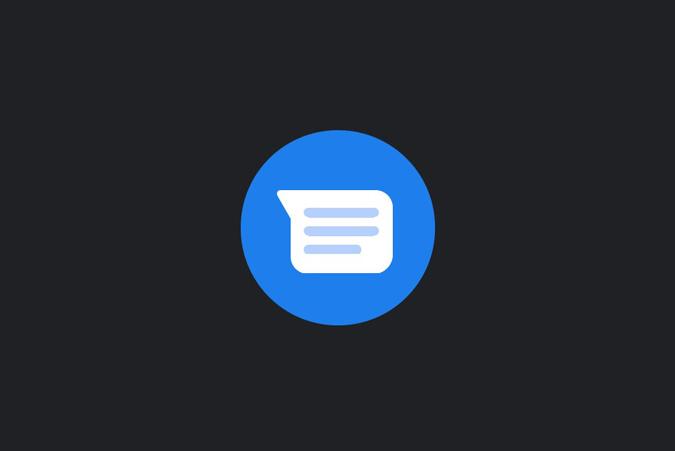 Google’s RCS program brought many features to the default Android Messaging apps, but the Google Messages app has few more tricks that no other messaging app is offering like smart reply and Google Assistant integration. But there is one feature I really miss using Google Messages, and it is scheduling messages. Though you cannot schedule natively, you can use third-party services to do it. And here is how you can do so.

Skedit is the straight forward message scheduling app. You can open, sign in to the app and select SMS from the list. Now you can select the SIM you want to send from, add the phone number to who you want to send, add the message, select the time, and click on the tick mark to save. You can even enable the option to ask me before sending so that it will notify you whether to send it on now while sending it.

You can open the hamburger menu and check out pending, done, and failed options to track your scheduled messages. Anyhow, Skedit is not just useful for messages, you can also use it for WhatsApp, Email, and Calls. 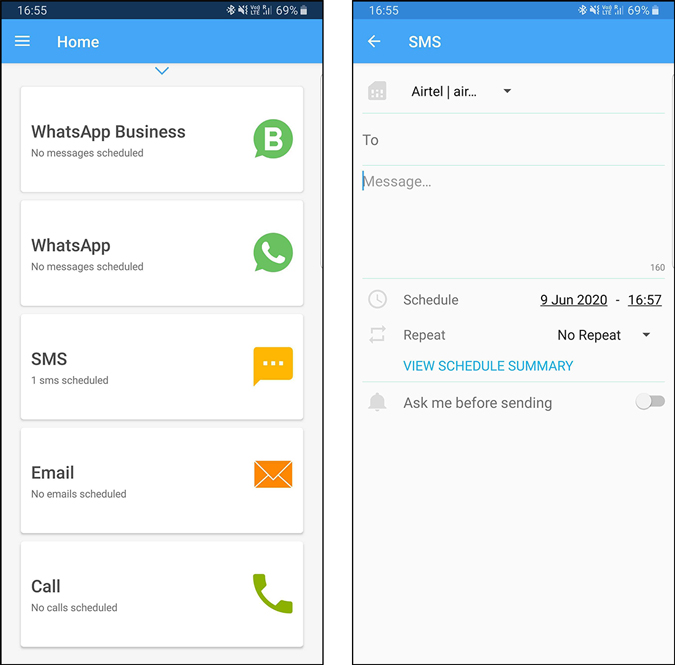 Auto Message is an automation tool that helps to adjust alarm, volume, wifi tasks, etc. Along with them, you can also schedule messages and emails. Just tap on the plus icon and select send SMS. Now you can give a title, message, number you want to send to, and select the date and click on save. Similarly, you can log-in with Google Account and schedule emails too.

But Auto Message has one feature that can even reply SMS or phone calls. You can select the time and compose a message when someone messages you at that time, it will send the message and the same applies to the calls. You can select everyone or select a contact list or only send it to numbers in your contact. 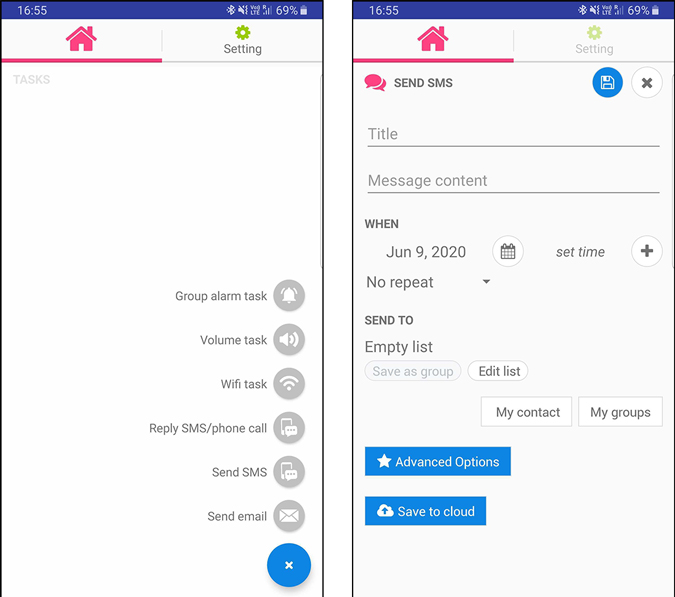 Do it later is also a similar app like Skedit but on steroids. In Do it later, you can schedule messages and select a specific time for it. Or you can even select a time range so that the app will send the message in between that time so that it doesn’t look too robotic when you are sending for a group of people exactly at once. You can even use variables such as {NAME}, {NEXT_MONTH}, etc so that when you are sending a message to a group of people, it will replace the variable with their name. You also get all the basic features like asking before sending, notifying when completed, selecting multiple people.

Do it later has few more features like setting reminders, scheduling tweets, emails and even getting a fake incoming call to your phone at the selected time.

Install Do it Later (free) 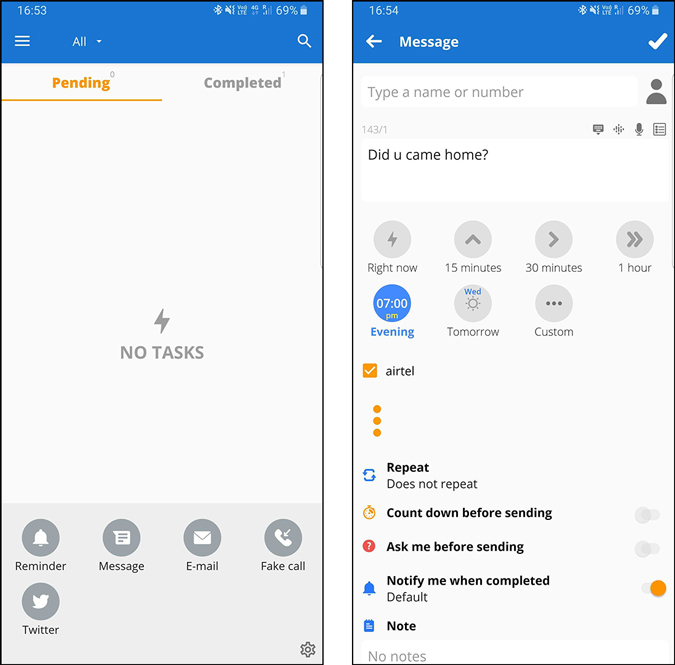 You can use Google Assistant to remind you about sending a message, though it is not the same as scheduling messages, it will be better to remind you about things like birthdays, congratulations, etc which you may just don’t want to schedule it and make it automated.

Read: 10 Google Assistant Tricks To Replace Apps on Your Android 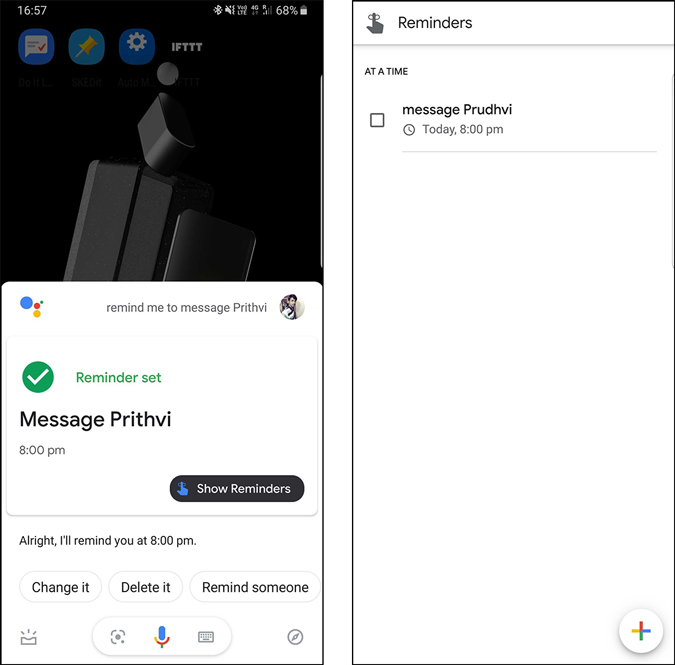 You can use messaging apps like Samsung Messages, etc to schedule messages, it sad to see that Google Messages not having suck features. Anyhow, Google just rolled out RCS and we might expect more features from Google in the future, hopefully scheduling messages too. Until then, we need to rely on these third party services. Anyhow, I am extremely pleased with Do it later app, so what’s your favorite. Let me know in the comments below.

Read: Add Google Assistant Shortcuts to the Home Screen with this App