How to Start SharePlay in Messages on iPhone and iPad 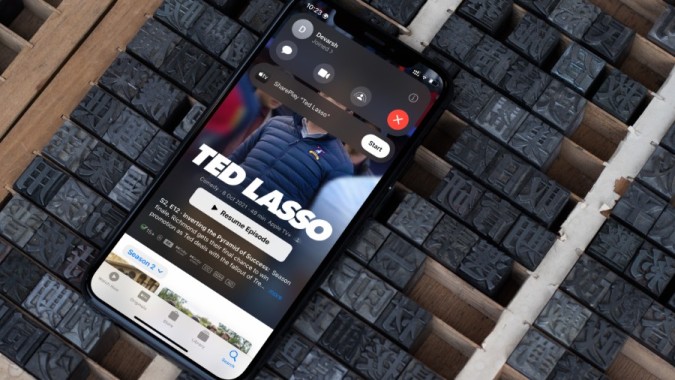 With iOS 15, Apple introduced SharePlay in FaceTime. Using SharePlay, you can watch TV shows and movies and listen to music with friends via FaceTime. Now, Apple is extending the SharePlay support to Messages in iOS 16. You no longer need to be on a FaceTime call to enjoy SharePlay goodies. It’s time to enjoy the same with your group in Messages. Here’s how to start SharePlay in Messages.

Using SharePlay in Messages on iPhone and iPad

Before you start SharePlay in Messages, the recipient or all users in the group must be on iOS 16 or higher software. If you are still on iOS 15, it’s time to install the latest OS update on your phone.

4. Download and install the pending iOS update from the following menu.

Note: At the time of writing, iOS 16 is available in the public beta. You can head to Apple Beta Software Program and install iOS 16 on your iPhone. The company is expected to release iOS 16 to the public this fall.

Major exclusions from SharePlay include Netflix, Spotify, and Prime Video, as these apps already offer a similar function. For instance, Prime Video has Watch Party, and Spotify offers Group Sessions to enjoy streaming media with friends and family, regardless of location.

Note: Before starting a SharePlay session, ensure all the group contacts have a valid app subscription. For example, if the recipient doesn’t have an Apple Music subscription, he/she can’t join SharePlay and listen to the same tracks as you.

Use SharePlay in Messages on iPhone

First, we will show you how to share your favorite Apple Music track in Messages. We will also go through the same in Apple TV+. Without further ado, let’s get started.

2. Find a song you want to listen to together with friends via SharePlay.

3. Tap the three-dot menu beside the song and select SharePlay from the context menu.

5. You will receive a notification once your friend joins the invite.

6. Start a track in music and select SharePlay to play the same with invited members.

7. You can check the number of users in an active SharePlay session from the Apple Music app.

Another person in SharePlay can also see the ‘Listening Together’ status, and from the same menu, he/she can end the session or invite more members to the group. The listening controls remain with the admin who started the SharePlay session on Apple Music.

Watch Movies Together on SharePlay in Messages

The example above shows you how to use SharePlay in Apple Music. Now, we will go through the same in Apple TV+. Follow the steps below to watch your favorite TV shows and movies together via SharePlay in Messages.

2. Open your favorite TV show and hit the share icon.

3. Select SharePlay and type your friend or group name from the following menu.

4. Tap Messages and write your message before hitting the send button.

5. Once the recipient accepts your invite, tap the Start button.

7. You can open the SharePlay menu to see how many users are in an active session.

Once the show is over, hit the End button. You can either end the SharePlay session only for you or for everyone.

Watch Movies and Listen to Music Together