Home » macOS » How to Take and Highlight a Screenshot on Mac

How to Take and Highlight a Screenshot on Mac 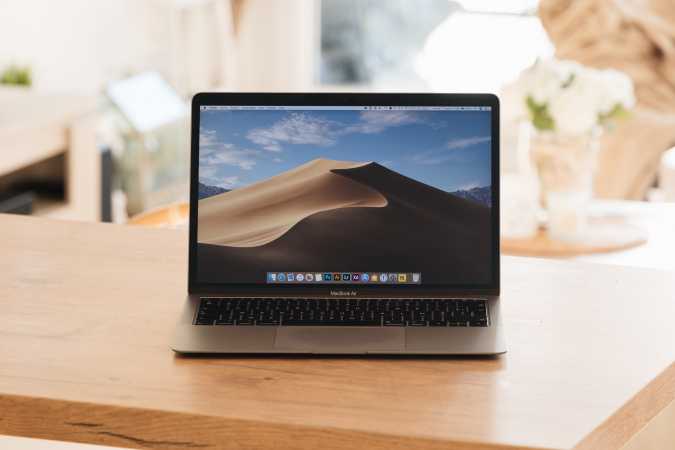 How to Take a Screenshot on Mac

There are two options when you want to take a screenshot on Mac natively. Either you can capture the whole screen or a particular area of the screen. Here is the guide to doing both.

Capturing the Entire Screen on Mac

Taking a screenshot on macOS is very simple. Just press Command + Shift + 3 on your keyboard simultaneously and a screenshot will be captured. This will capture your entire screen and automatically save it on your desktop.

Capturing a Particular Area of Screen on Mac

1. Simultaneously press Command + Shift + 4 on your keyboard and your mouse pointer will convert into a + (crosshair).

2. Click and drag your mouse over the area you want to capture and once done just leave your mouse button.

3. You’ll see a screenshot of the area you just captured being saved on the bottom right corner of the screen.

Highlighting a Screenshot on Mac

You have taken a screenshot on your MacBook, and now you want to highlight a certain part of it to draw attention. It can be an arrow or a box that makes it easy for the recipient to understand what he/she is supposed to be looking at. Kind of what we do in our screenshots here at TechWiser.

2. Select the bottom left tool (rectangle) from the drop-down menu for highlighting.

3. After clicking on the highlight option from the drop-down menu, a rectangular selection will appear on the screen with adjusting handles on the corners and sides.

4. With the help of those handles, select the area you want to highlight in the screenshot. After this click on Done.

5. After clicking on Done, a screenshot with the highlighted part will be saved on the desktop just like shown below.

Annotating a Screenshot on Mac

Annotating a screenshot is as simple as highlighting one. The use of annotation is common in notes, emails, and daily productivity uses. Let’s have a look at the steps to do so.

1. Take a screenshot and once it appears on the bottom right corner of the screen, click on the same to open it in the Preview Editor.

2. Once the preview editor is open, click on the third icon Shapes. A drop-down will open with all available shapes for annotating on the screenshot.

3. Select the one as per your need. For example, we’re gonna proceed with the arrow. Click on the Arrow icon from the drop-down.

4. An arrow will appear in the middle of the screenshot. With the help of three dots on the arrow, you can resize and point it in the desired direction.

5. You can further customize the arrow (or the annotation you’ve chosen) by changing its shape and style and its border color from the Preview editor toolbar.

6. Once you’re done with the customization, click on Done to save the screenshot. And now you can share the annotated screenshot wherever you want.

Drawing on a Screenshot on macOS

If you want to draw on a screenshot just like on paper, you can do that too on Mac. Let’s have a look at how to do so.

1. Take a screenshot and once it appears in the bottom right corner, click on it to open it in the Preview Editor.

2. Once the screenshot is open in the Preview editor, click on the second option called Draw. This will enable you to draw on the screenshot with the help of a mouse, touchpad, and a tablet or stylus (if you are using one).

3. Click on the Border color to select a color for the drawing.

4. Once drawn successfully, click on Done to save the screenshot on the desktop.

Pro Tip: You can also change the thickness and style of the drawing by using the option Shape Style from the toolbar of the Preview editor.

There might have been many instances when you need to edit a previously taken screenshot. Here are the easy steps to deal with such a scenario.

1. Locate the screenshot, single click on it to select it.

3. The preview editor will open now in front of you and now you can highlight/annotate the screenshot the way you want. After highlighting/annotating the screenshot click on Done to save it.

The Highlight of the Day

There are some handy tools in the Preview editor like Draw and Shapes which allow you to draw and highlight a screenshot. Instead of looking for an app that does all this, you can use the above-mentioned steps to speed up your workflow and save some time on your hand. I hope this helped you speed up your screenshot game. Also learn how you can take a screenshot without using the power or home button on your iPhone.