How to Take Screenshot With Mouse Pointer on Windows 10 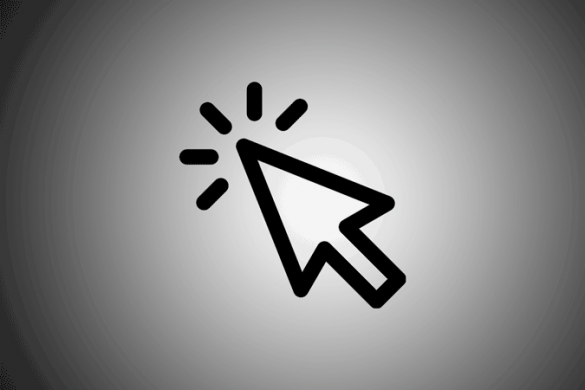 Steps Recorder is a built-in assistance tool used to record actions taken by a user on a computer. Once recorded, the information can be sent to other users to help with troubleshooting. Anyhow, we can take advantage of this app to take a screenshot with the mouse pointer.

Open Start menu and search for “Steps recorder” and open the app. Now you can see a small window with an option to “Start Record”. Click on it. 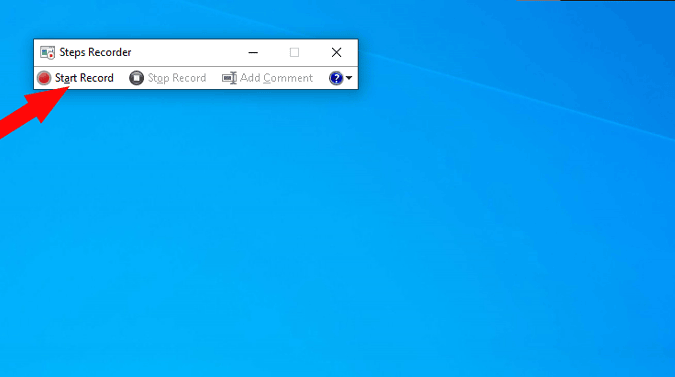 Now minimize the Step recorder window and place the cursor where you want to take a screenshot. Step Recorder app only records your actions, so make a left-click with your mouse just like you are opening a link. That action will be recorded as a screenshot.

Then go back to the Step recorder app and click on the “Stop recording” option. 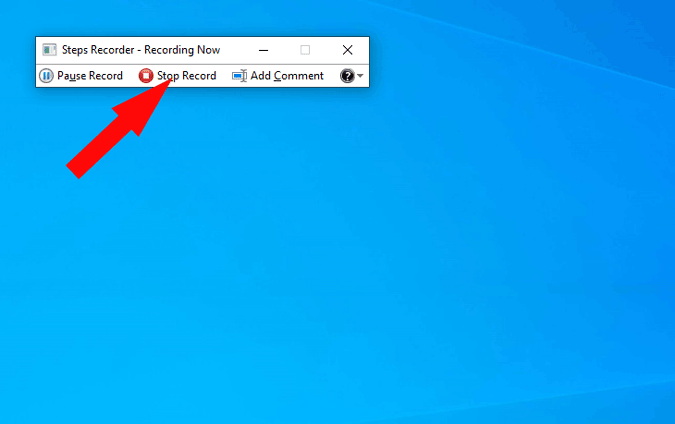 You can see the recorded steps and screenshots of it. Just click on the save button to save these steps as a zip file. 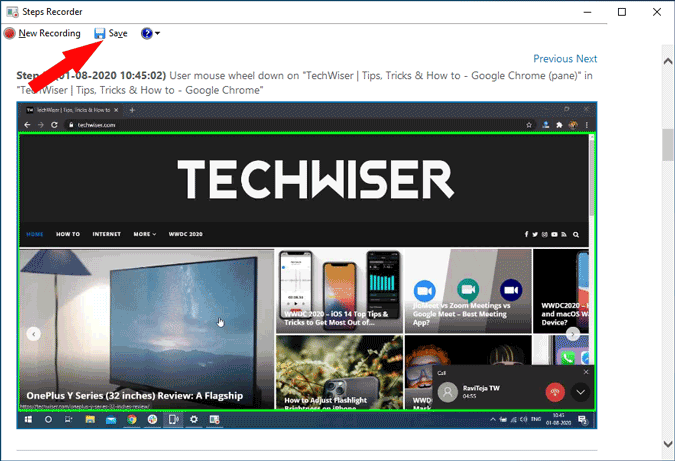 Open that zip file and open the MHTML file in it. Here you can find the screenshots, just right-click on the image and click on the “save picture as” option and save it. 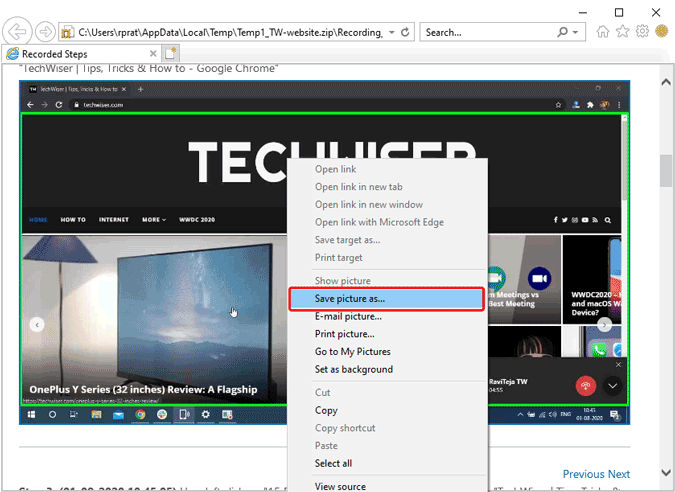 And that’s it, the image along with the mouse cursor will get saved.

Share X is one of the most popular screenshot apps for Windows. It not only lets you take screenshots with the mouse pointer, but also partial screenshots or screenshots for specific windows, tabs, menu, etc. If you are already a ShareX user, here is how you can take a screenshot with a mouse using Share X. 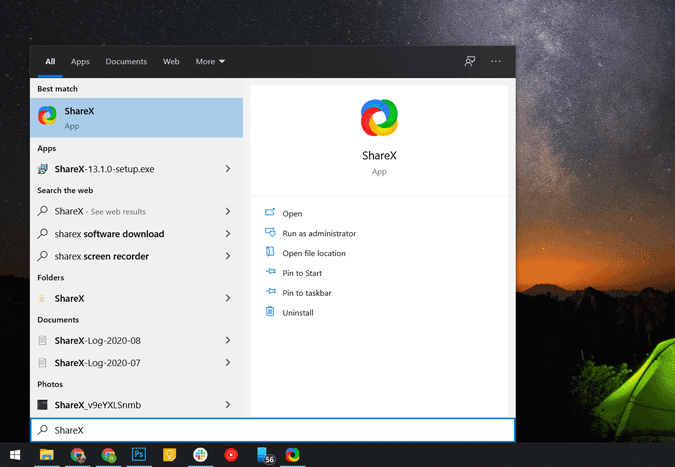 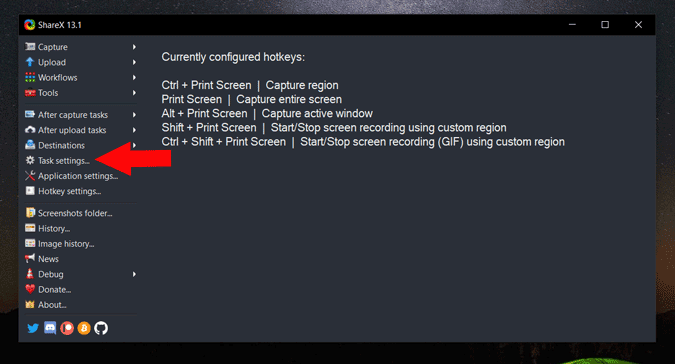 You can see a Task Settings window, select the option “Capture”. Here make sure that “Show cursor in the Screenshots” is checked. 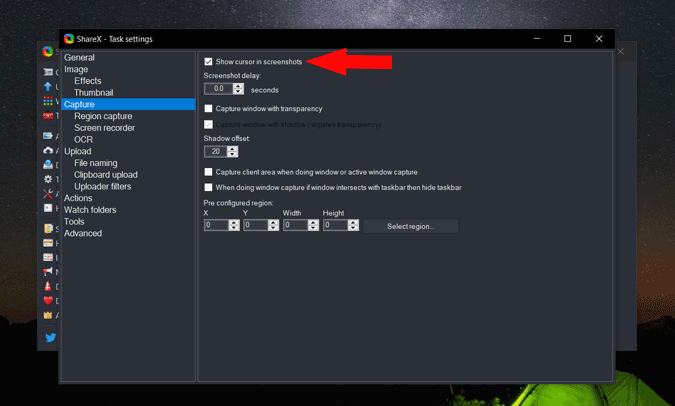 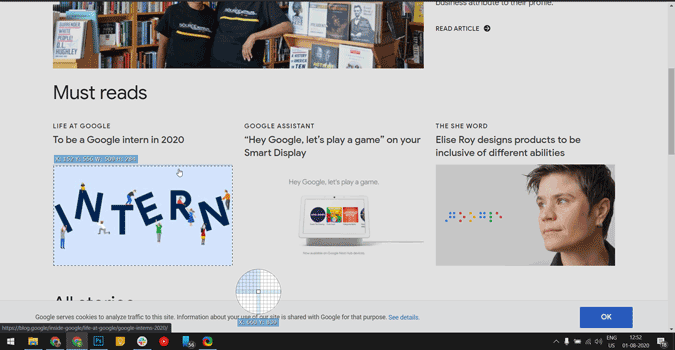 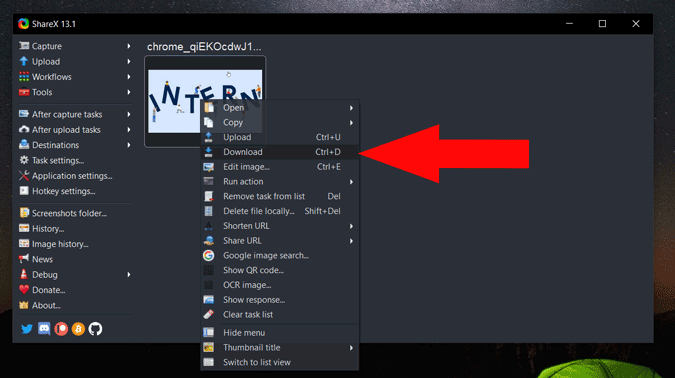 To get started, download the Greenshot app and install it on your system. The hotkey for taking a screenshot for this app is ctrl + PrtSc. If you are having any existing shortcut with that hotkey, this app will automatically override it. 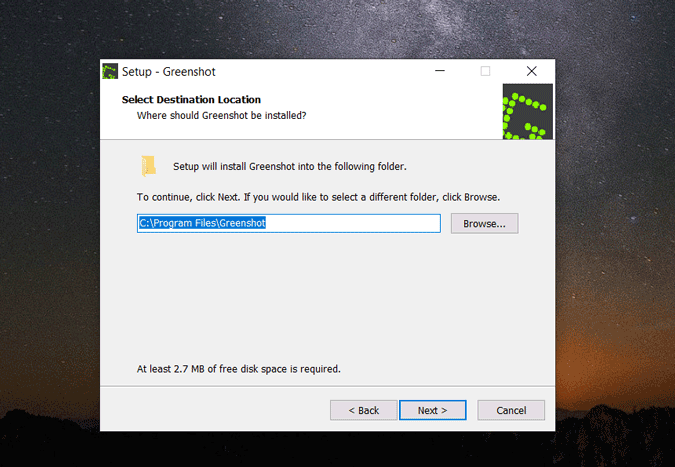 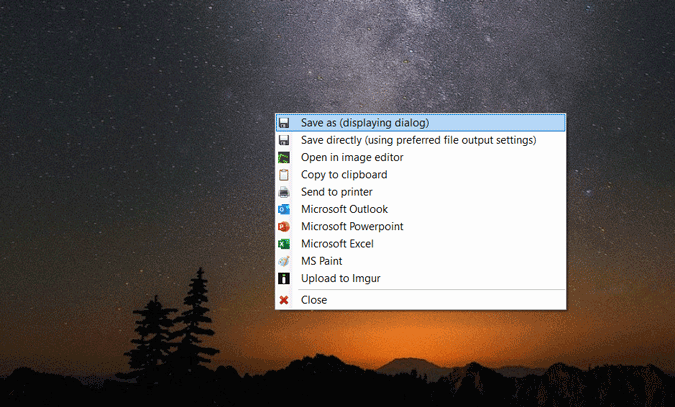 Or you can click on “Open in image editor” to take a preview and make some changes like cropping before saving the screenshot.

Irfan View is one of the most popular image viewer or converter app on windows. It is a feature-rich app and also supports the screenshot functionality. Here is how you can do that with Irfan View.

First, download the Irfan View app and install it on your Windows. Then search for the app in the start menu and open it. The app will open with a black blank screen. Click on Options and select Capture/Screenshot. 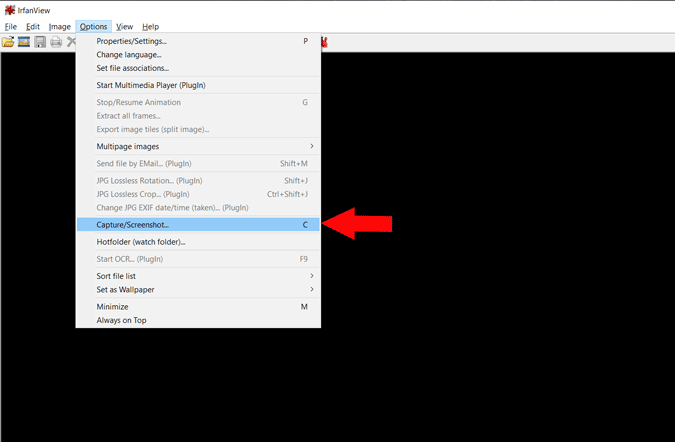 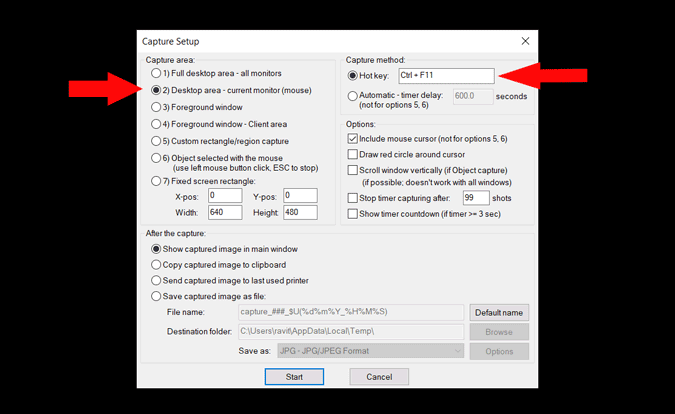 Now place your cursor where you want to take the screenshot and press the hotkey ctrl+ F11. Irfan View app will pop-up with the image of your screenshot. You can click S and save the image to your system 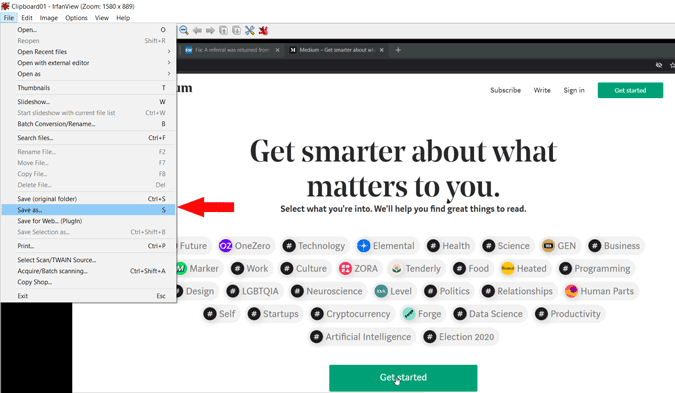 If you want to take a screenshot for a single time, Steps recorder is a good option as it is in-built into the system already. If now, you can choose Greenshot, Irfan View, or ShareX according to your need. I prefer ShareX for the number of options you get. So what’s your favorite? Let me know in the comments below.