Home » Windows » How to Use Terminal on Windows 11

How to Use Terminal on Windows 11 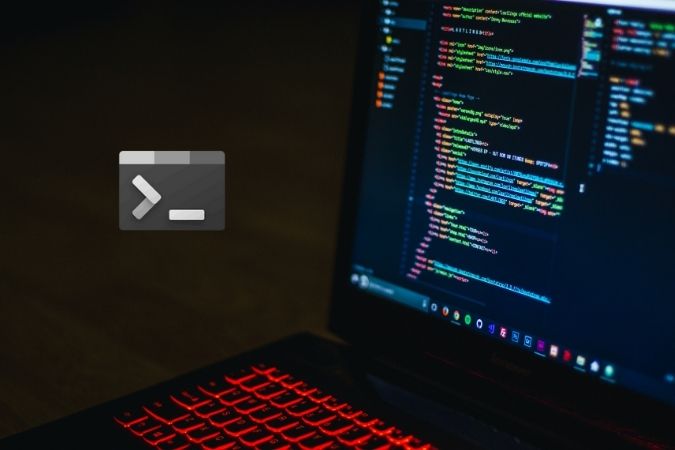 The CMD or the Command Prompt was the original command-line tool from the house of Microsoft. It shipped with Windows by default but was later succeeded by PowerShell. And now, finally, Terminal was released with Windows 10. While UI and UX improvements over the years have made it easy to use Windows computers, it is still useful to learn how to use Terminal on Windows 10 and 11.

How to Install and Launch Windows Terminal

Windows Terminal should come preinstalled on your Windows computer, but if not, you can quickly install it from the Microsoft Store. Either follow the link or open Store on Windows and search and install like any other app. Note that your computer needs to be running Windows 10 version 18362.0 or higher to support Terminal. You can check your Windows version in Settings.

Once done, you can launch it from Windows Search. Press Windows + S to open Search and type Terminal. Now select Open. Notice how Windows also recommends Command Prompt and PowerShell? Because they are also command-line tools and can work inside the Terminal itself. However, there is a difference between CMD, PowerShell, and Terminal.

How to Use Windows Terminal

You now know what Terminal is, how to open it, and how it differs from other command-line tools offered by Windows. So how do you use the Terminal?

The new Windows Terminal is backward compatible with both PowerShell and Command Prompt. That means all your favorite commands will work inside Terminal but it is so much more than that.

How to Customize Windows Terminal

The Windows Terminal can be endlessly customized to your heart’s desire now. There are options to change tab color, background color, use tabbed view or open multiple tabs in the same window, use dark mode, change animations or turn it off completely, and so much more.

You can even fuss around for small tweaks like font size and appearance, for example. Do check our in-depth guide on the same to boost productivity and increase efficiency.

How to Edit Settings.JSON File in Terminal

Settings can be changed and adjusted using the GUI (graphical user interface), however, some of us like to use code for that too. Terminal understands this and allows users to edit the settings.json file.

Simply press the Shift button when you open Terminal Settings from the arrow icon.

Alternatively, press Shift+Ctrl+, to open the Settings.JSON file. Windows may ask you to choose an app to open the file. If unsure, choose Notepad which is a simple text editor. We recommend Notepad++ for pro users though.

This is how the syntax looks. As you can see, it is pretty easy to change, for example, keyboard shortcuts for copy-paste commands. Have fun with editing Terminal behavior though we recommend making a copy of the original just in case.

Here is a handy list of some useful Terminal keyboard shortcuts that will save you precious time.

Besides, you can press Ctrl+Shift+P to open the command search box where you can quickly search for commands you can give, view their respective keyboard shortcuts, and execute them quickly.

What is noteworthy here is that you can create custom commands too. If you don’t like a particular keyboard shortcut, you can assign a different keyboard shortcut to that command or even create your own in the Terminal.

Support for Unicode and UTF-8 Characters

Windows Terminal now supports Unicode as well as UTF-8 characters. This means it can display emojis and emoticons, for example. Just another way to use Terminal, eh? It can also display characters from other languages like Latin.

How to Launch Terminal Anywhere

So now you have access to three command line tools. Command Prompt, PowerShell, and Terminal. You can launch the Terminal from CMD, PowerShell, or Run Prompt screen using the wt.exe command. What is noteworthy is that Terminal can run CMD and PowerShell right inside it. In fact, Terminal supports and can run any app that accepts command line environment.

You can quickly launch a new instance of CMD, PowerShell, or even Azure Cloud Shell using Ctrl keyboard shortcut.

How to Set Terminal As Default

If you like what you see and wish to set the Terminal as the default command line tool on Windows 10 or 11, here’s how to do it.

2. Under the Startup tab, select Windows Terminal from the drop-down menu next to Default Terminal application.

How to Set Default Terminal Profile

The first time you open Windows Terminal, it will open PowerShell, by default. Do you want to open CMD instead or may be Azure Cloud Shell instead?

2. Under the Profiles tab, select PowerShell or CMD or Azure Cloud Shell next to Default profile.

The Terminal is a powerful command-line tool available on both Windows 10 and 11. It comes with several UI enhancements and features that will make your coding hours easier and fun. With the Terminal, Microsoft has taken the first step to integrate Windows with Linux. Using Windows Subsystem for Linux or WSL, you can now install Ubuntu on top of Windows without needing to dual boot.