How to Use the Same WhatsApp Account on Two Phones 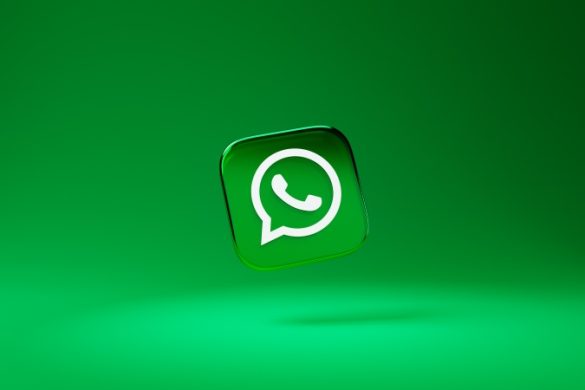 But if you want to use the same WhatsApp account on two phones, there is a clever way to make it possible.

How to Use the Same WhatsApp Account on Two Phones

Before getting started, know that you can do that only when your secondary phone is an Android device. Your primary phone which has a WhatsApp account can be Android or iOS.

2. Now open Settings > About Phone > Software information or Software info, then tap on the Build number option 7 times to enable Developer options on your phone.

4. In the Developer options page, scroll down and select the Minimum width option. On some Android phones, the option is called the Smallest width.

6. Changing the minimum width to 600 will turn your phone’s UI to mimic a tablet making everything look smaller on the screen. Do not worry, you can get back to normal once the setup is completed.

7. Now when you install WhatsApp from Play Store, it downloads the tablet version of the app which gives you the option to use the same WhatsApp account on two phones. Open the Play Store and download the WhatsApp app. If you already have the app installed, make sure it is updated to the latest version.

8. Now Open the WhatsApp app on the phone, select the language and then tap on Agree and Continue button. This should show a QR Code that you can scan from your WhatsApp account that you want to link.

9. If it’s not showing the QR Code to link, tap on the kebab menu (three-dot menu) at the top right and then select the Link a device option. This should show you the QR Code to scan.

10. Now open your primary phone which can be either Android or iOS. On Android, open WhatsApp and tap on the kebab menu (three-dot menu) at the top right corner, then select the Linked devices option.

11. On the next page, tap on the Link a device button. This will open the camera, now scan the QR Code on that device to get the WhatsApp account working on that phone too.

12. If your WhatsApp account is on iPhone, open WhatsApp and select Settings option in the bottom bar. Here, tap on the Linked Devices option.

13. Now tap on the Link a device option and scan the QR Code to use the same WhatsApp account on that device too.

Finally, you have a WhatsApp account on your secondary phone too. With the recent update, you don’t have to keep your phone online in order for the linked devices to work.

14. Once done, now you need to change the dp to back to get back to the normal view. Open Settings > Developer options > Minimum width and change it to the default dp that you noted earlier. On most phones, it should be 411. Then, tap on OK to save changes and get the old UI back.

That’s it, now you can use the same WhatsApp account on two phones. Unlike before, now you don’t even have to keep the primary phone online in order for it to work.

Whether you are using Android or iOS as your main phone, you can use another Android phone as your secondary phone to use the same WhatsApp account. Both phones don’t have to be together nor do the primary phone needs to be connected to the internet. But, you cannot use iPhone as your secondary phone as you cannot change its dp value to mimic a tablet’s UI. Instead, you can use an iPad or any Android tablet instead of another phone.