Home » Internet » 13 Things to Know About Incognito Mode in Chrome

13 Things to Know About Incognito Mode in Chrome 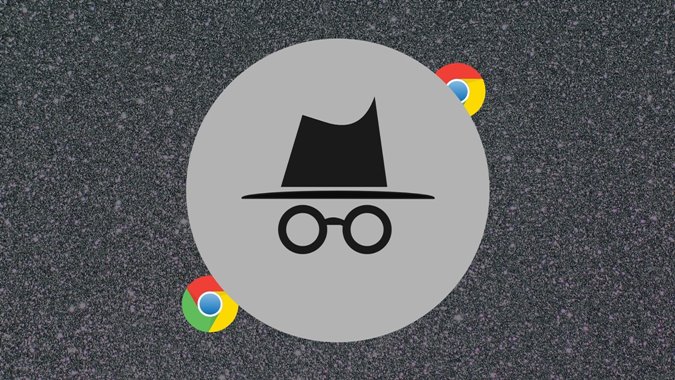 Incognito mode is a much-discussed feature in web browsers. If you have been wondering what is Incognito mode, what does it does, and how to use it in Chrome, you have landed at the right place. Let’s check out other important features of Chrome’s Incognito mode and how effective it really is in protecting your privacy.

1. What Does Incognito Mode Mean in Chrome

Typically, your browsing history, cookies, passwords, etc., are saved when you browse in Chrome. But if you don’t want to store them, that’s where Incognito mode helps. Incognito mode in Chrome is a feature that lets you browse privately without storing anything. This prevents other users who share the device from viewing your activity.

Each Incognito session is a completely new session. When you close Incognito mode, all traces of browsing history, cookies, etc., will be deleted automatically on your computer.

2. What Happens When You Browse in Incognito Mode

When you browse in Incognito mode, the following things aren’t recorded on your computer:

However, your activity can still be tracked by the owner of your network such as your employer, school, office, etc., and your Internet service provider.  Moreover, when you log in to a website, it will remember the activity even if it’s done in Incognito mode.

The Incognito mode works locally and not outside of it. That is, it doesn’t store the above-mentioned data on your computer. However, it has nothing to do with the servers or websites that you visit.

For instance, if you log in on Amazon in Incognito mode and purchase something, Amazon can and will record everything that you do on its site. Your browsing history will be recorded by Amazon and also any product that you have ordered. However, your computer will not remember that you had opened Amazon’s website when you quit Incognito mode. Similarly, if you try to open Amazon again in the next session, the Incognito mode will not have your login details.

3. What Happens to Downloaded Files

4. What Happens to Bookmarks

Furthermore, any new bookmarks that you create in Incognito mode will not be deleted when you exit the Incognito session. That is, the bookmarks are saved to Chrome.

5. How to Enable Incognito Mode in Chrome

Turn on Incognito Mode in PC

1. Open the Chrome browser on your computer.

2. Click on the three-dot icon at the top and select the New Incognito window.

3. A New window will open that says “You’ve gone Incognito”.

Turn on Incognito Mode on Android and iPhone

Open Chrome on your phone. Tap on the three-dot icon and select New incognito tab from the menu. The Incognito window will open.

Incognito mode opens in a separate window from your regular window. You can use both of them simultaneously and can easily switch between them. Moreover, as mentioned before, you can also open multiple Incognito windows and not just tabs. However, each window will have the same session as that of other windows.

To switch between them on PC, hover your mouse over the Chrome icon and switch to the regular window.

7. How to Disable Chrome’s Incognito Mode

Turn off Incognito Mode on PC

To turn off Incognito mode, you need to close all the Incognito tabs or windows that are open on your computer. For that, press the X icon on all the open Incognito tabs and windows.

Turn off Incognito Mode on Android and iPhone

Then, tap on the X number of tabs icon to switch to the regular mode.

1. Open Chrome on your iPhone or iPad. Tap on the three-dot icon and select Settings.

2. Go to Privacy. Enable the toggle next to Lock Incognito Tabs When You Close Chrome.

To identify Incognito tabs, you should look for certain signs. Firstly, Incognito tabs or windows are usually black or dark-grey in color. Secondly, you will see the Incognito icon (cap with glasses) either in the address bar or as a new tab icon.

Sadly, Chrome doesn’t offer a native way to remove Incognito mode completely on mobile. However, you can disable Incognito mode on Android using workarounds. Similarly, you can remove it from your PC such as Windows, macOS, or Ubuntu.

You can take screenshots in Incognito mode without any issue on PC and iPhone/iPad. However, if you try to take a screenshot in Chrome on Android, you might see the Can’t take screenshot error.

12. Use Extensions in Incognito Mode

Enable the toggle next to Allow in Incognito. Similarly, enable the same toggle for other extensions.

13. When to Use Incognito Mode

Here are some practical examples to use Incognito mode:

1. Do Other Apps and Browsers Have Incognito Mode?

Yes, all browsers have Incognito AKA Private browsing mode. Even some apps like YouTube, Google Maps, etc., have this mode. Know more about YouTube’s Incognito mode and Safari’s private browsing.

2. What’s the Difference Between Guest Mode and Incognito in Chrome

Like Incognito mode, the Guest mode also clears the browsing history after every session. What makes Guest mode different is that you cannot access extensions and bookmarks in it. The Guest mode behaves like a completely new profile.

3. How to Delete Incognito History

Incognito browsing history is automatically deleted when you quit the Incognito mode. You don’t need to take any manual action.

The answer depends on what and how you use Incognito mode. This mode, as described above, works locally only. It is a great choice if you want to hide your browsing history on your computer. But it doesn’t affect anything outside of it. It’s not really private as one assumes it to be.