This is the number 1 question people are asking these days – how to buy bitcoin in India? The general consensus is that everybody is buying bitcoins, whether they understand the underlying technology or not, and some buyers are making hasty and irrational decisions. Contrary to the popular belief, not everyone has entered the crypto space though.

2017 was an interesting year with many bitcoin exchanges opening up in India. It has become far easier to buy, sell, and even trade in bitcoins, and some altcoins, using mobile apps and user-friendly sites.

Bitcoin is currently priced at a little over $17k at the time of writing this article, and its meteoric rise can be termed as nothing short of a miracle. It is either that or a very cleverly planned instrument to truly decentralize the economy. Only time will tell, but in the meantime, if you are residing in India and want to buy some bitcoins, here are top 10 bitcoin exchanges in India that we reviewed.

BuyUCoin is one of the biggest bitcoin exchange and wallet providers in India. In fact, BuyUCoin supports a number of other altcoins as well, like Litecoin, Ripple, and several ERC20 tokens. Right now, you can buy bitcoin and 30 different types of altcoins. There are more than 1300 altcoins in the market right now. Dazzled? I told you not everyone has entered the crypto market.

The process is fairly straight-forward and simple. You have to create an account and verify your Email. Next, you need to do a KYC by uploading necessary documents like driving license, Aadhaar card, phone number, and residential address. You will also have to enter your bank account details to enable NEFT/RTGS payments.

In my case, BuyUCoin verified and activated my account in about 2 days, but sometimes, it may take longer than that due to a fresh wave of new buyers. You can create your bitcoin and altcoin wallets with the click of a button. And now, you are ready to buy bitcoins.

BuyUCoins claims to have 0% fee. I haven’t done any transactions yet, so I don’t know about hidden fees or 0% fee claims. I suggest you be diligent and compare buy/sell prices before transacting. Remember, prices in Asian economy is a little higher than the west.

Zebpay is another popular bitcoin exchange where you can buy the most popular and expensive currency in the world, Bitcoin or Gold 2.0, as it is popularly called.

While Zebpay supports only bitcoin at the moment, it has announced soon, it’ll support popular altcoins as well. 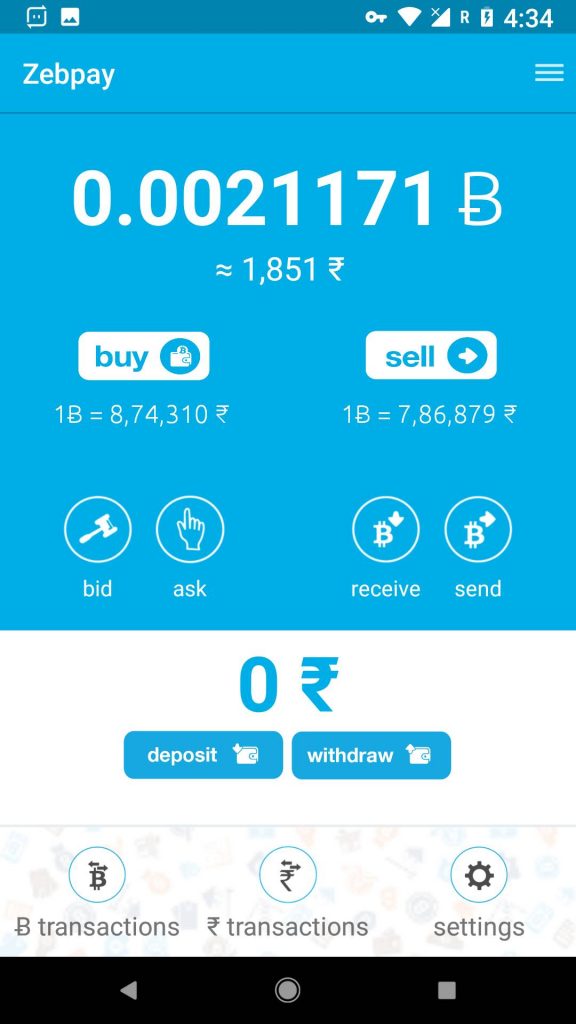 The process of buying bitcoins is simple and similar to Unocoin. You create an account with your details and go through a verification process. To buy bitcoin via Zebpay, first you need to deposit money from your bank account to Zebpay account and then use that money to buy bitcoins.

To deposit money on Zebpay, you have two options – either initiate a NEFT transfer using your bank online or offline banking or use the payment gateway from PayU to transfer money via Net banking. There is no extra transaction fees if you do NEFT (other than small 5.75 INR standard NEFT fee) but if you choose to go with the PayU gateway, you’ll have to bear the 1.4% transaction chargers. Also, strange enough, two most popular bank in India i.e. HDFC and ICICI are not listed in the PayU Payment gateway. 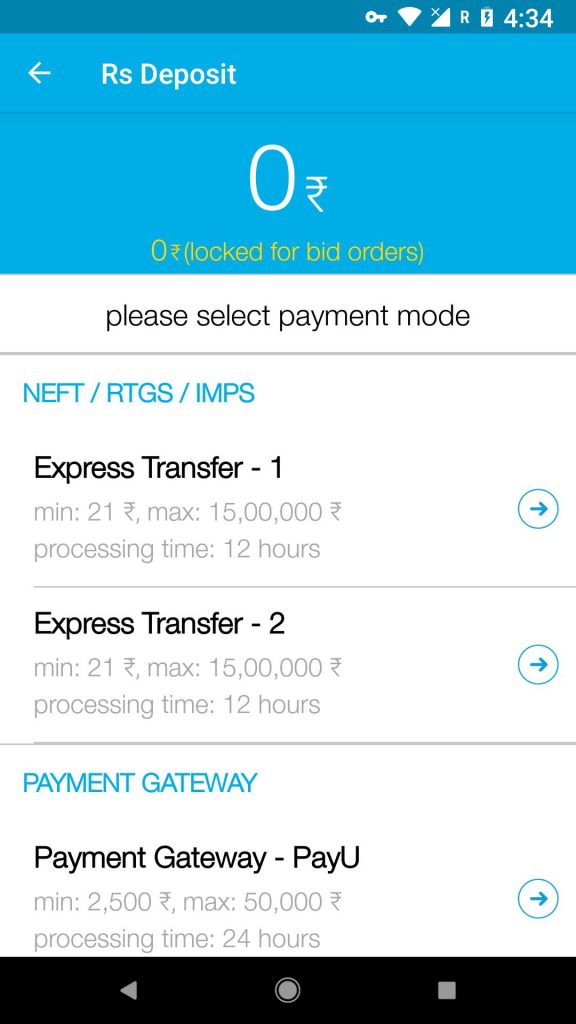 Zebpay also offers you bid and ask options which means you can trade in bitcoins if you can accurately predict price outcomes. Because the prices can fluctuate wildly, its better you to get your hands warm before you begin trading bitcoins in large numbers.

Coinsecure claims to be India’s first bitcoin exchange that comes with REST API. You will need to create an account and go through the verification and KYC process. Once that is done, you can download the Android app and begin trading. It offers order book feature so you can place buy and sell orders depending on your prediction of what the future value of bitcoin will be. 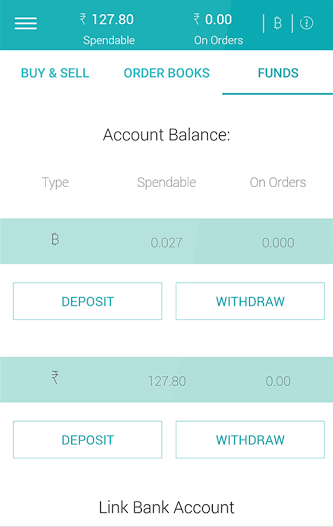 Coinsecure gives a vibe that it was meant to be used for trading bitcoins instead of investing or buying bitcoins. The interface is not the most user-friendly of them, but we hope it will get better with time. During our test, we compared buy prices of bitcoin with Zebpay, and found Coinsecure’s bitcoin prices to be a little inflated.

Unocoin is another Indian bitcoin exchange that comes complete with an Android and iOS app. Creating an account is fairly simple and you have to complete the KYC process. 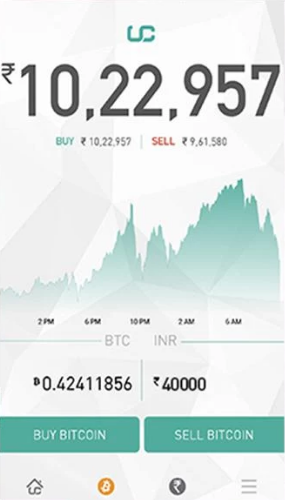 Unocoin stands out in that you can actually use your bitcoin to book tickets at eTravelSmart which is a bus booking platform. UnoCoin has also introduced a SIP at 0% fee. Another major partnership was with BookMyShow, a popular entertainment ticket booking platform. You can use Unocoin to top your BookMyShow wallet. It is nice to be able to use your bitcoins in the real world. Gives it more credibility, no?

The process of buying bitcoins with UnoCoin is similar to the other Bitcoin wallet in this list. You create an wallet account, go through a verification process, once the account is verified deposit money from your bank account to Zebpay account and then use that money to buy bitcoins.

Wrapping Up – How to buy bitcoin in India

While it is good to see that bitcoin is being adopted in India, as it has seen amazing adoption rates in the foreign markets, but the bitcoin community in India is still small. We hope to see more partnerships in the future and blockchain technology will usher in a new age of development and progress.

Always compare bitcoin prices among different wallet and see where they are getting the best deal, as there seems to be a difference between prices shown on different exchanges.

It is also recommended that you store your bitcoins in offline wallets. If you don’t know what that is or how to create one, stay tuned. We will soon publish tutorials on how to create an offline bitcoin wallet and why you need one.