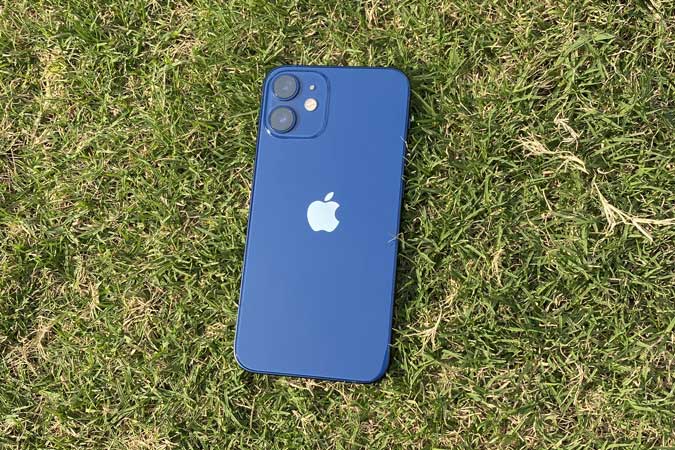 The iPhone has steadily increased in size where it went from a 3″ screen on the original iPhone to a massive 6.7″screen on the latest behemoth iPhone 12 Pro Max. The iPhone 12 Mini is a surprising addition to the 2020 iPhone lineup where it’s tiny in size and yet stands tall with other flagship giants. I’ve had the tiny iPhone since the day it hit the stores and here are my unfiltered thoughts after using it for months. Let’s begin.

What’s in the Box

Apple made headlines when they decided they would be ditching the charger and earpods in the box, citing environmental benefits. The box is significantly smaller than previous iPhone boxes and only comes with a USB-C to Lightning Cable and some documentation.

The iPhone 12 Mini also has MagSafe functionality which means you can connect it using the MagSafe puck and charge it wirelessly. I don’t use MagSafe so I can’t comment on its usage and experience.

I stepped into the Apple ecosystem with the iPhone SE (1st generation) and instantly fell in love with the smaller form factor and boxy design. The tiny form factor was such a blessing for the wrists that I couldn’t adjust to the massive weight gain that I received with the iPhone 11.

This was one of the biggest reasons I got the iPhone 12 Mini as I want to hold a phone, not a brick. The iPhone 12 Mini weighs only 135 grams and doesn’t tire my wrists nearly as much as the iPhone 11. Not to mention the 12 Mini actually fits in my tight jeans without taking up the entire pocket.

The 12 Mini is a one-handed iPhone which means you can easily reach the top of the screen with your thumb without adjusting your grip. Try doing that on your iPhone Pro Max’s screens.

The iPhone 12 Mini has taken inspiration from the design language of the iPhone 4 and completely ditched the rounded edges. It’s a refreshing change to have an iPhone with a boxy design that can stand on its own, literally. I welcome it but your opinion can be different from mine. The edges are made with aluminum and the front and back glass sandwich the chassis in-between.

iPhone 12 is claimed to be four times more shatter-resistant than the previous models and Apple is calling it Ceramic Shield. As the glass edges are the weakest points, iPhone 12 Mini has tucked those edges inside the aluminum frame which greatly reduces the chances of accidentally dropping your iPhone and breaking the screen or the glass back.

I wouldn’t call it an official test but I accidentally dropped the Mini without any case on the concrete ground from about 6 feet height. It got scuffed around the edges but the glass back and the screen remained intact.

The LCD display on the iPhone 11 is decent but the Super Retina XDR display on the 12 Mini just completely blows it out of the water. The OLED screen maybe only 5.4″ but it has higher pixel density and higher contrast than the iPhone 11’s LCD screen. For comparison, iPhone 12 Mini has a 476ppi and 11 has a 326ppi density. Not just that, the Mini has a 2,000,000:1 contrast ratio and 1200 nits peak brightness.

The first time I put the 12 Mini and the 11 side by side, I realized how crappy the LCD screen looks. You would never want to go back to the LCD again.

However, the superior display isn’t free of all kinks. When the iPhone 12 was released, people complained of flickering display when viewing dark content. This flickering only occurs when you’re watching video content with pitch-black scenes. I tested it on the Mini with this Black Screen test on YouTube. The flickering is there but it’s barely noticeable and unless I’m looking at a completely black screen, it’s not even apparent.

Another reported issue with the iPhone 12 lineup is the green tint occurring on some iPhone 12 devices. It’s a known problem with OLED screens but I never encountered this phenomenon on my 12 Mini.

Don’t let the tiny iPhone with a smaller battery fool you. iPhones are famous for their top-notch optimization that squeeze every bit of juice from the battery and put it to good use. 12 Mini only has a 2227 mAh battery pack when compared with the 3110 mAh on the iPhone 11. Despite this stark difference, I manage to squeeze 5 hours of Screen-On Time in an average day.

This doesn’t mean the battery is great on the 12 Mini, it’s not. What I’m trying to say is that you can still have a productive day with some juice left at the end of the day if you use the iPhone as a phone. There’s no denying that I can and have depleted the Mini’s battery in 5 hours but the iPhone 12 Mini’s battery is sufficient, for me.

As a side note, I should mention that I charge the iPhone using my MacBook’s USB port and it still manages to go from 20% to 80% in just an hour.

The iPhone camera is one of the top smartphone cameras out there. iPhone 12 has seen only a minor upgrade in the camera department and the 12 Mini cameras can be easily compared with the iPhone 11. There is no noticeable difference in the picture quality that an average person can tell as the sensors and the software processing is identical.

The only upgrade you get on the iPhone 12 Mini is the ability to shoot 10-bit HDR videos.

The hardware and software performance on the iPhone 12 Mini has been exemplary. The A14 Bionic paired with iOS 14 deliver a smooth user experience that consistently outperforms in most benchmarks. I care about the real-world performance such as how quickly can I open the Camera app and start recording or how quickly can I switch apps and the iPhone 12 Mini has had no problems whatsoever.

Additionally, the iPhone does this weird thing where when you watch an HDR video recorded with your iPhone, it maximizes the brightness to pump 1200 nits and as soon as you exit the Photos app, the iPhone returns to normal brightness. The abruptness is what irks me and I had to disable it in Settings.

We are spending more and more time consuming content on our smartphones and it’s an important factor when considering a device. The iPhone 12 Mini is not a video streaming device, for me. I use it to scroll through emails, feeds, Instagram Reels, and Reddit but that’s it. I don’t watch YouTube or stream Netflix on the iPhone as I never felt the need when I have a large TV.

However, the XDR display produce crisp frames and you can easily make 12 Mini your primary media consumption device.

To Sum It Up

After living with the iPhone 12 Mini for the last few months, I can easily recommend it to anyone who wants a compact and lightweight phone that doesn’t skimp out on features. If you’re someone that doesn’t use your iPhone extensively and doesn’t mind the $699 price tag, you can get it. However, if you already have an iPhone X or newer, there are fewer reasons to recommend the Mini. What do you think? Would you buy the iPhone 12 Mini? Let me know on Twitter.