How to Lock Any App on Your iPhone With Passcode

Unlike Android, there is no way to secure your apps on iOS.  You cannot have a passcode, Touch ID or Face ID unless the app developer implements it. But hey, I can’t wait for the developer so I found a crude workaround. It’s not the best way but it certainly works and locks the apps on my iPhone. Let me show you.

While checking out another iOS feature, Screen Time, I found out that you can actually lock an app. The iPhone would stop you from accessing the app unless you entered the passcode. This is perfect for adding a passcode on any app. However, it has two alleged loopholes and that’s why I call it a crude workaround.

To set up the passcode, open your iPhone and go to Settings. Navigate to Screen Time and tap the icon to open its page. 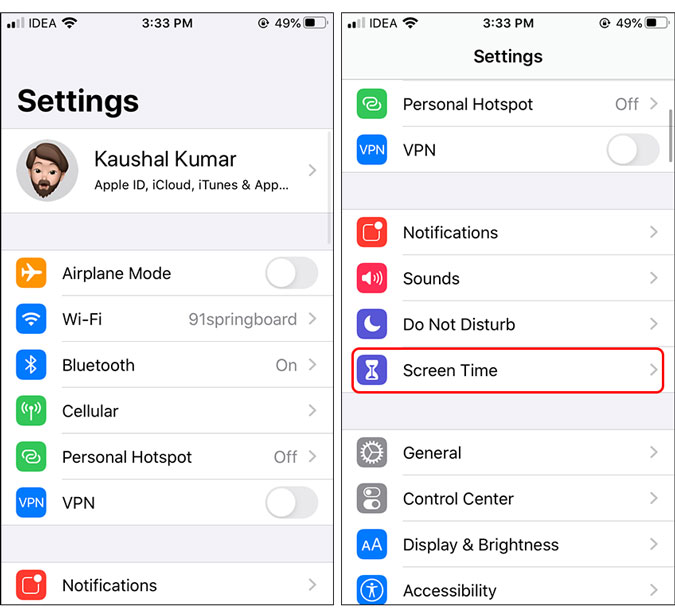 Now, we’ll set up a passcode for the apps that we wish to lock. This is a four-digit passcode that can be different from your six-digit iPhone passcode. It adds an added layer of protection to the apps if you ever have to tell your iPhone passcode to someone. 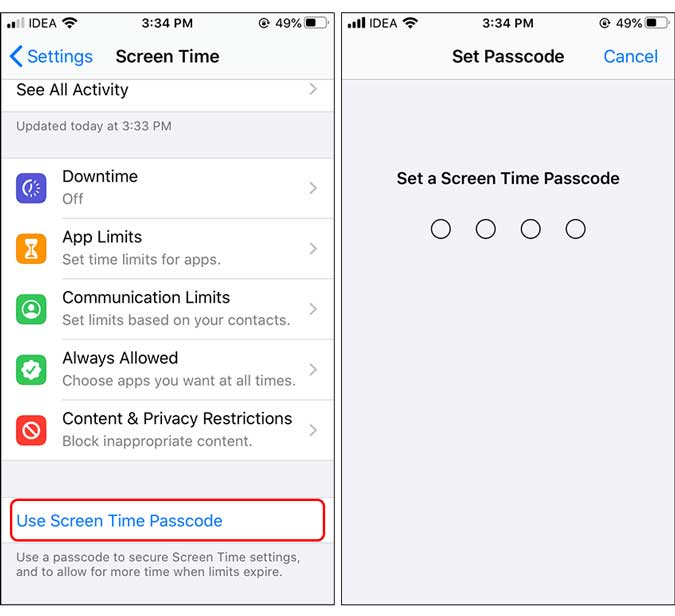 After you set a passcode, Screen Time would prompt you to set up a recovery option. You must use your Apple ID to set it up. This would come in handy in unlocking the app if you ever forget the passcode. After that, tap ‘App Limits’ to start securing your apps. 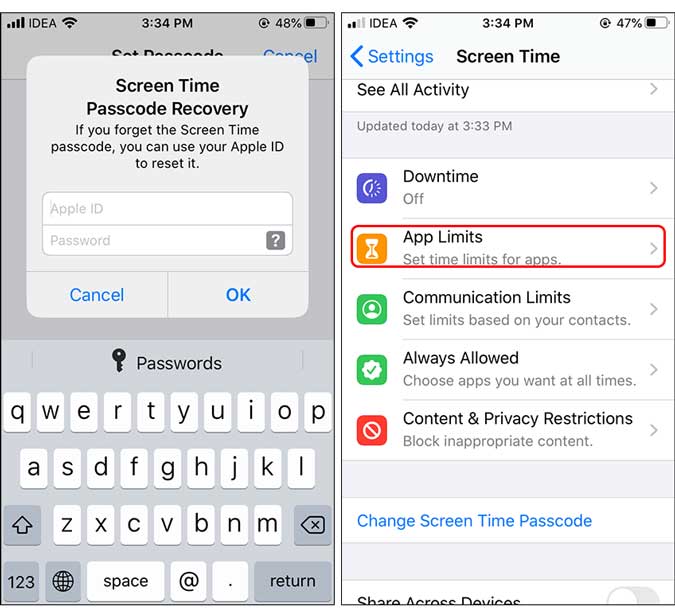 Tap the Add limit button and it would open a list of all the apps that are installed on your iPhone. You can lock every app except the Phone app. After selecting all the apps, tap Next. 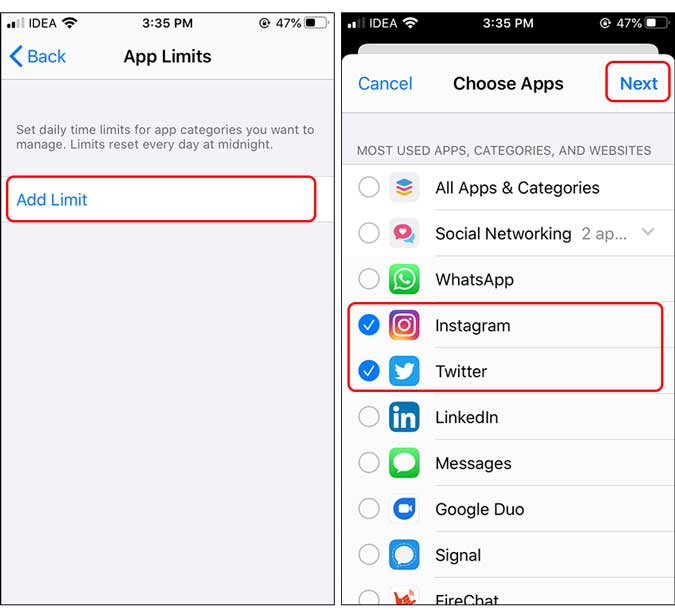 Now, set a time limit for these apps where you can access it unrestricted, select one minute. Also, remember to turn on the “Block at End of Limit” option.  That’s all you need to do, your apps are now secured behind a passcode. 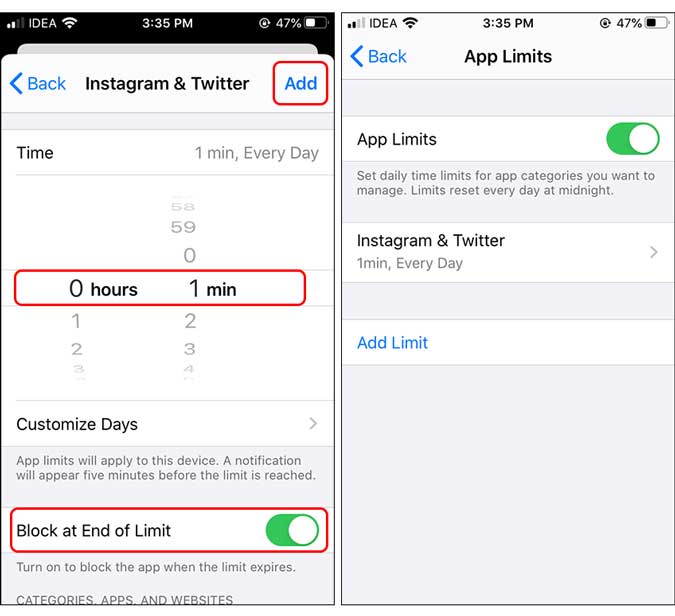 Now all the apps locked behind a passcode would look like the image below. When you try to open the locked app, it shows you this splash screen that says “you’ve reached your limit for this app“. When you tap OK, the app exits but if you tap ‘Ask for more time’ it will ask for a passcode and grant you access to the app. 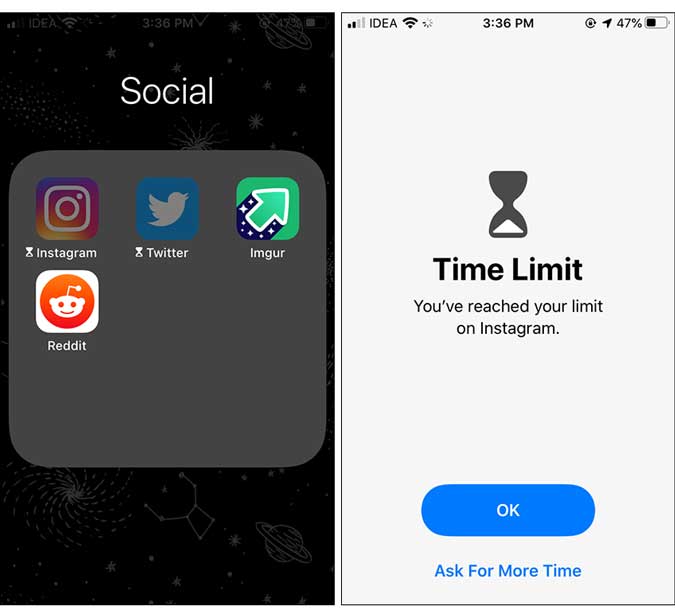 I mentioned the alleged loopholes of this workaround. One minute is the minimum app limit you can set for an app. It means to keep the app secure, you will have to use the app for at least one minute every day. Prior to that, the app will only open with a passcode set in the Screen Time app.

The second loophole of this workaround is that when you do enter a passcode to access the app, it will unlock the app for a minimum of fifteen minutes and there is no way to reduce that time, for now. 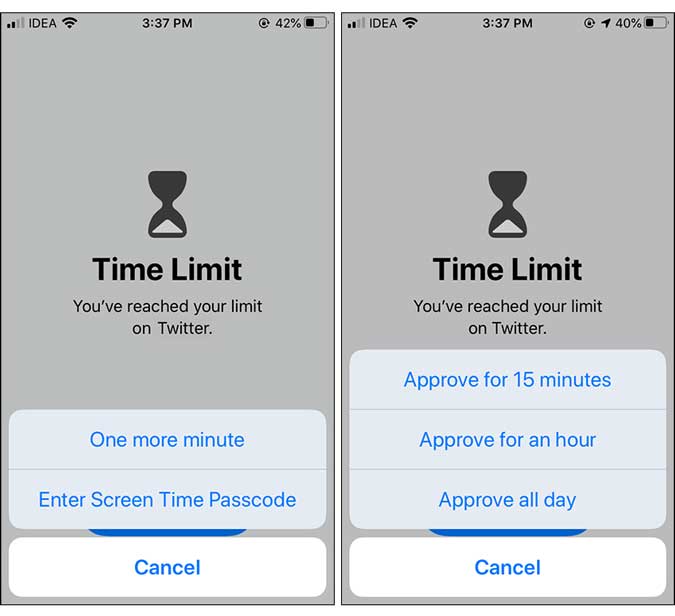 No Native Way to Lock Apps on iPhone

Apple offers passcode, Touch ID, and Face ID to secure your iPhone from unauthorized users. While it is fairly secure but nothings stops people if your phone is left unlocked. There are only a handful of companies that have included Face ID and Touch ID in their apps. For example, WhatsApp lets you enable Face ID and Touch ID so even if you leave your iPhone unlocked no one would be able to access your private messages. That is also true for Edison, an email client app that can password protect your Emails.

I know this workaround doesn’t look all that pretty but it works really well if you eliminate those two loopholes. Mostly, it should be apps that you use frequently such as Instagram, Twitter or Tinder. Hence, the 1-minute barrier isn’t that hard. What do you think? Does it make sense to lock the apps with Screen Time? Let me know in the comments or tweet at me if you have a better alternative.

How to Turn Off Autoplay on Netflix

How to Transfer Playlist from Spotify to Apple...

How to Use the PS4 Controller Touchpad on...

How to Disable annoying “headphone Jack Plugged In”...