Home » Gadgets » Look Out For All The Games Coming to PS5

Look Out For All The Games Coming to PS5 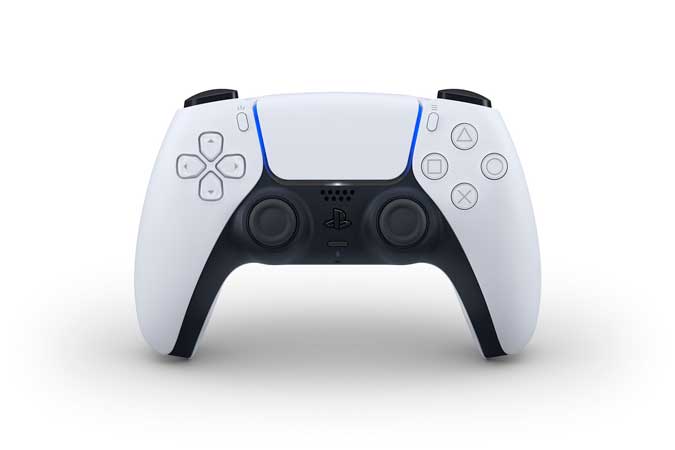 After months of teasing Sony finally gave some details about the upcoming PS5. Even though they didn’t reveal any specs or pricing, they did, however, showcased a few of the upcoming games via the digital event. I have compiled a list of all the games you should be on the lookout for PS5. Let’s check those out.

All the Games coming to PS5

As more games are announced for PS5, I’d be updating this list moving forward. It is also rumored that a few of the PS4 titles would be optimized for PS5 as well, so I’d be adding those to the list as well.

Taking inspiration from the hit animated movie by the same name, Miles Morales will be coming to PS5 as a Standalone game and would be set in the same cinematic multiverse. Developed by the PS studios, it is going to have to compete against the success of its predecessor and I have no doubts about it.

Continuing the journey as Aloy, this AAA title is the sequel to Zero Dawn and brings a lot of new elements to the game. Beautiful sceneries, new robots, and a new threat. All of this in a world that looks surreal with impeccable graphics. I can’t wait to play this.

Ratchet and Clank are back with an interdimensional adventure full of elements such as dinosaurs, robots, flying beasts, and space pirates. This platformer is sure to keep you hooked for hours with its immersive world.

The real racing simulator is coming back with another game with updated graphics, better controls, and all new cars that you can take it for a spin on tracks around the world.

If Edge of Tomorrow had aliens and no Tom Cruise, it would be the plot for Returnal. A space pilot stranded on an Alien planet that makes you live your life all over again like a twisted Groundhog day but with a more sinister subplot and great action sequences.

From the house of LittleBigPlanet, Sackboy is an upcoming platformer that is upbeat, vibrant, and from the looks of it tons of fun. The puzzle game combines immersive puzzles and a Toy Story-esque dimensions to make everything level larger than life.

On a world populated by robots, that live more like humans than you’d imagine, you are a cat. A fantastic indie game concept with the perspective of a tiny cat would be a blast to explore.

This upcoming 3D platformer is certainly going to be on your bucket list when you find out it will be bundled with your PS5 and have elements inspired by the AR game, The Platformer by the same studio. It would be fun to explore the world of AR with the cute, Astrobot.

Bugsnax is a story of a place where bugs are half bug and half snack, literally. Not just strawberries, you’d find snail cinnamon roll, caterpillar sub, rib centipede, and many other weird combinations. However, something bad is happening in the shadows and you must find who is behind it.

Pure unadulterated action with portal mechanics, unlimited ammo, and eight targets. You will die a thousand times and play again until you break free of the time loop you’re stuck in and finish what was started.

A fix for your fantasy RPG with the remake of the PS3 title that was challenging for even the most hardcore gamers. It brings back everything in crispy new visuals. Let’s see how it pays off.

Destruction AllStars turns vehicular combat into a competitive sport and tests your skills on a race track that is turned into a battleground where you fight against opponents and escape deadly traps.

Tokyo has been overwhelmed with paranormal activities and has become home to spirits that manifest into the reality and bring everything down. The action sequences and the power moves blend Sci-fi and martial arts together to give you a brand new gaming experience.

Walk into the land of the ultimate warriors and bring them to their knees by mastering the weapons, collecting armors, and learning to combat literal gods. Godfall checks all the boxes for a weekend blast.

A narrative-based adventure game that brings a unique story of anthropomorphic dinosaur students in their Senior year.

I’ve seen the memes and GTA V would probably stick around for another PlayStation but we both know that you’d still play it on PS5.

Concluding the story arc of Agent 47 with the final installment of the World of Assassination trilogy, you will go on a final mission.

The true journey begins when we move towards the sky. Jett aims to take you on a cinematic journey where you get to explore the universe and yourself with a story that consumes you completely.

You find yourself in a village where secrets are overgrown just like the trees and spirits are trapped. Amazing visuals and intuitive mechanics with a rich narrative will keep you glued to the joystick.

An action-adventure that doesn’t take itself too seriously but still stays true to the genre. Little Devil Inside is a journey of a hunter that goes to great lengths to capture amazing beasts and fight different enemies.

Grab the ball, it’s time for some hoops. With state of the Art mocap and a dedicated engine, you can bet it’s going to be a thrilling season for basketball fans. Also, a lot of sweat and I don’t know if they designed a separate engine for that.

A platformer trying to find its voice among narrative-based games may sound like meta-commentary about this world but it’s exactly that. Abe continues his journey to free his fellow slaves in a dystopian world full of gigantic trains and deadly machinery.

A space adventure that focuses on a space ranger that rescues a little girl and flies to the moon when Earth loses its gravity in a post-apocalyptic future.

Capcom is back with another iteration of the classic Survival Horror, Resident Evil: Village. Picking up where Biohazard left off and takes the story from the perspective of Ethan who finds himself in a mysterious village.

Thrown into a desolate ruin, you are going to explore the space, black holes, weird creatures, and mighty beings. All packed in a beautiful action platformer.

Raw, brutal, and hardcore medieval game that is loved by gamers would be joining ranks with others on PS5. You can crossplay with any platform and slash your way through legend.

A horror puzzler that brings you a twisted reality and chain of events that will make you question everything. The disorienting narrative is what sets the tone right from the trailer.

What are your Favorite PS5 Games?

These were the games that you must keep on the lookout for when PS5 launches this fall. The list would see some additions as we get more announcements. Until then, let’s talk about our favorite games in the comments or come hang out with me on Twitter.

Read: How to Use the PS4 Controller Touchpad on PC with DS4Windows?