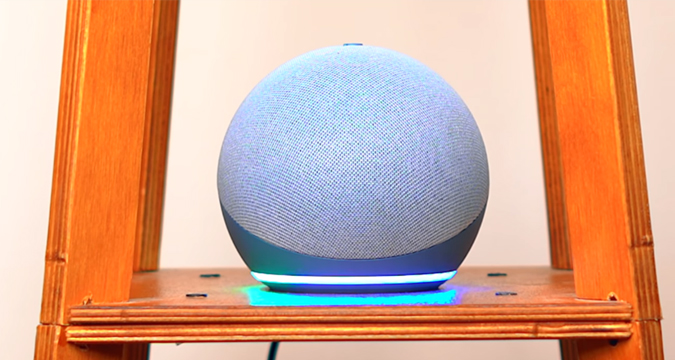 Truth be told before you try your luck with Alexa saying profane words out loud, it’s not going to happen. There is no official method as Amazon doesn’t allow any rash or foul words. As soon as it detects a word like that, it automatically flags it. As you might already know, all you hear is a censored beep as soon as Alexa tried to speak the word. If you’re thinking nothing actually works, hold onto that thought as I’ve found a few workarounds that you may like. So without further ado, here’s how to make Alexa swear using your Amazon Echo devices! Let’s jump right in.

Although Amazon introduced announcements with an aim to create an ecosystem for multiple Echo devices across your house. Consider it more like a personal announcement system for your house. For example, you can use it to tell everyone the dinner is ready, to get ready quickly when you’re getting late for a trip, and so on. For us, the announcement feature comes in handy, as you can use cuss words like, moron, d***, A**h***, etc. which Amazon still allows.

To use the announcement feature, you can either say “Alexa, announce x” where x is the message. Another way is through the Alexa app. To do that, Open the Alexa app from the main menu, tap on make an announcement from the home screen. Now, simply type the phrase/word you want to hear which will instantly play on your Alexa devices. Easy, right?

If you often use Alexa to tell a story, ask for weather details, set alarm, and more, now you can add an extra personality with the Samuel L. Jackson Alexa skill. The skill will cost $1.99 and once you purchase it, you get an option to keep the language clean or dirty. We all know how dirty Jackson can get!

When you set the language to explicit, it’ll use a mix of both clean and explicit words. You can easily enable or disable this option. To enable/disable, simply say, ‘Alexa, turn the explicit filter on/off’.

As I’ve already mentioned, making Alexa swear is tough as it is extremely efficient in detecting foul words. I’ve tried using certain words but some were a hit on one day and a miss on the next. Still, there are tons of cuss words that Amazon doesn’t censor, such as d***, c**p, and more. Rather than putting words here, you can go ahead and search it on Google as you’ll get a far more comprehensive list of cuss words as compared to what my mind can hold in one go. Next, start trying it out with Alexa and see what works and what doesn’t. I know trial and error is a lengthy process, but it’s a great workaround.

This trick is similar to the previous one but in this case, we’re trying to find words that sound similar to other swear words. For example, f*** is a word that’ll always be censored. So instead of that, we can use, fug, fuk, etc. You get the idea right?

This fulfills our aim as adults will be able to easily understand what is being said. Moreover, younger chaps in the house will not be able to figure it out directly, making it a safe bet. I’m sure since you’re reading this, it’ll be easy enough for you to make up these words in an instant. If you still need a helping hand, simply use this website to find words that have the same consonants and sound similar.

Simon has always played his part as our own personal parrot. It repeats what you say as it is, but not in this case. The stringent Amazon policy works well with this skill too, so you have to rely on other similar-sounding words or allowed cuss words that we discussed in the points above.

If you haven’t used Simon says before don’t worry as it’s pretty easy. All you have to say is, ‘Alexa, Simon says x’, with x being the word or phrase you want to repeat. That’s it.

Skill Blueprints allow you to make custom questions and answers that Alexa can respond to. The process is simple and makes Alexa respond using the personalized response you feed in. So, let’s see how it’s done.

1. To make a custom question, go the Skill Blueprint page and select Custom Q&A > Make Your Own.

2. Type the question in the When you say: Alexa, and the answer in the Alexa will say: option. Once you’re done, click on Create Skill on the top right corner to finish.

For example, When you say: “Alexa, is Siri better?
Alexa will say: Fook You.

It will take a few minutes before you can actually use the custom question feature. In addition, you can delete or edit these responses anytime you wish. Keep in mind that you cannot add adult words as a question or answer. So the only option is by using similar-sounding words as we did in the previous methods. Moreover, the question is restricted to 10 words at the max.

I’d suggest you refrain from using swear words at all and especially in front of the kids. Foul words and profane content do not do good to anyone. If you’ve kids in the house, listening to foul words will encourage them to use these in real-life conversations. If you still plan to go ahead, I think using your announcement command with your voice is the best possible way, provided it adds a personal touch to your curses when spoken in your voice.