Microsoft Photos vs Google Photos: Which Photo Backup Service Is Better on Windows 10 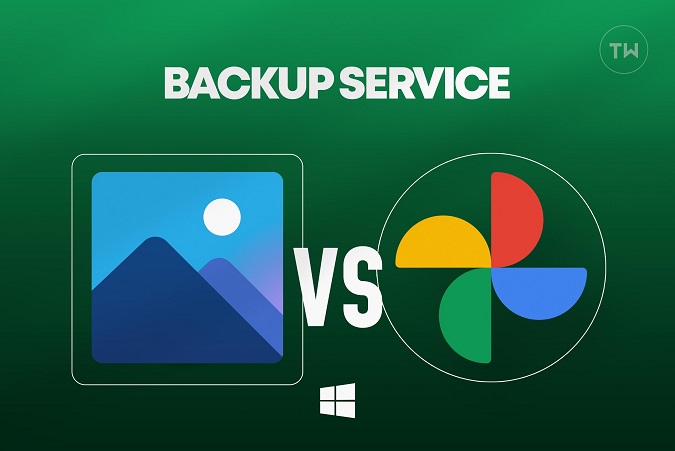 It’s 2021 and the default gallery apps on mobile and desktop aren’t limited to showcase the latest photos and videos. Services like Google Photos and Apple Photos offer people recognition, a bunch of photo/video editing tools, social sharing, and more. Another gallery app that’s quietly getting updated is Microsoft Photos. If you are confused between Google Photos and Microsoft Photos on Windows 10, read our dedicated comparison to learn all the differences between the two.

The comparison below is based on cross-platform availability, User Interface, photos organization, image editing, video editing, sharing, pricing, and more. Let’s get started.

An easy win for Google Photos here. The service is available on Android, iOS, and Web. You can access and download media from Google Photos using any device.

We hope Microsoft releases a native Microsoft Photos app powered by OneDrive on mobile too.

No contest here. Microsoft has nailed the UI part of the Photos app. It looks modern, beautiful, and has a native fluent design that Windows carries in other parts of the OS.

The iconography is spot on as well. And everything is designed to keep both the mouse and touch inputs in mind.

Google Photos for the web just feels like a stretched version of Google Photos mobile apps. Apart from a handful of keyboard shortcuts, there are no major changes to take advantage of a big screen.

It’s the standard stuff for both Microsoft Photos and Google Photos. Both the services can display photos and videos in different views. As for album organization, you can select a bunch of photos and create an album out of them.

However, Microsoft Photos comfortably beats Google Photos with more options. For example, in Microsoft Photos, you can create a video with songs, animations, 3D effects, and more.

For some reason, Google Photos offers an option to create a movie on mobile, but the same option is missing from the desktop.

Both Google Photos and Microsoft Photos offer standard image editing options. They are basic and won’t win you any awards.

Starting with Microsoft Photos, you can add a bunch of filters, make image adjustments by playing with contrast, saturation, etc., and use the crop tool to make final adjustments.

Google Photos is in the same boat but does carry an auto mode to make image adjustments without any manual input. We are not really a fan of it as it mostly brightens up the image unnecessarily, but some people may prefer it.

Those who have used Google Photos editing options on the mobile are in for a disappointment here. The desktop variant lacks many functions such as markup tools and others.

This section left us in surprise. We tested both the services assuming basic video editing. But oh boy! Microsoft Photos isn’t kidding here.

Google Photos video editor on the web is average with the trimming tool and the music add-on. Microsoft Photos takes this one at home.

Google’s years of expertise is evident here. On Google Photos, you can simply add the Google ID of the other person and share photos. You can view your previous sharing from the Sharing tab and even chat with the recipient from the same menu.

Partner Sharing is another killer feature from Google Photos. It allows you to view your partner’s Google account right from your account. If you frequently share photos with your better half, use partner sharing and automatically share photos.

On Microsoft Photos, you can only select photos or albums and create a sharable link.

Google Photos is free for 15GB of storage. It counts against your Google Drive and Gmail storage as well. After that, you need to pay $1.99 per month for 100GB. The paid plans go up to 2TB of storage.