Netflix, Amazon Prime Videos, Hulu are some platforms we are all familiar with. They have a monopoly on content and garner a huge user base. But more often than not, they cost too much and offer quantity over quality. And on the other hand, we have free movie streaming sites like – Pluto TV, Tubi TV, Crackle, etc. Which is free, but offers old movies that nobody wants to watch with tons of ads in between.

But what I tell you, there are streaming services that fall right in the middle? That’s they offer great quality at a reasonable price. So here are some lesser-known streaming platforms that you should know about.

Mubi, unlike Netflix, focuses on quality over quantity.  It gives you one new movie every day, which says on the platform for 30 days after which it’s gone. Or you can rent a movie if it’s not on the list.

The movies are handpicked and specially curated lists from all around the world. For instance, as of writing this article, we have – Blind mountain from China, 12 years of Slave from US, Moonlight, John Wick, Moonrise Kingdom and much more. 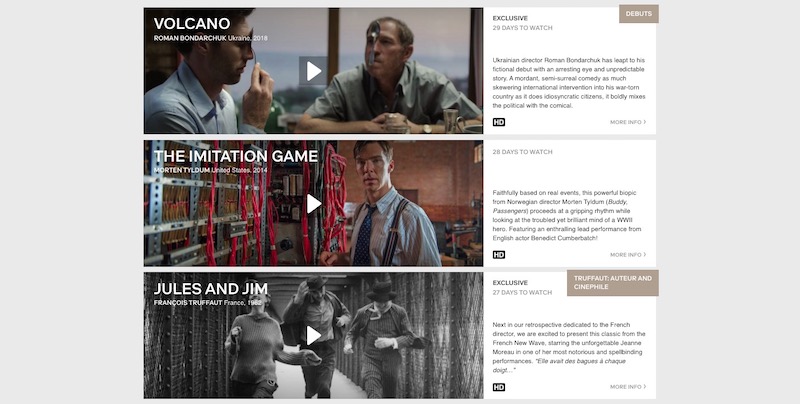 In addition to being able to watch it on Mubi’s website, you can stream movies on Apple TV, Apple TV App, Playstation, Roku, and Samsung Smart TV. You can also download movies to enjoy offline with app son both Play Store and App Store.

There is also a trial period of 7 days that is enough to get your familiar with the platform. If you like, you can get Mubi at $10.99 monthly, which you can cancel anytime.

Similar in concept to Mubi, Fandor is an American Streaming Platform with a focus on independent, silent, documentaries and short films. However unlike Mubi, Fandor is not available in every country, so you might have to use a VPN to remove geo-restrictions.

What separates Fandor from the rest is its, revenue-sharing model and shares its revenue subscription with filmmakers and curators. The platform is so minimal and well designed. Movies are organized in categories like international, genres, upcoming and more. There is a spotlight option as well which shows must-watch movies,

With titles like  Love, Simon one of the first LGBTQ romcom, Hereditary, a movie that takes leaps from conventional horror or Black Panther‘s beautiful construction of a new superhero ideology, it has a lot to offer.

Fandor is available on Apple TV, Chromecast, Roku, Kindle. You can also stream it on your Android, Apple and Kindle Fire devices.  You can try simply by signing-up and availing a free 14 day trial period. There are also sections curated to LGBTQ, international films and films showcased in various film festivals. The subscription currently stands at $5.99/m and $49.99 yearly.

Like Fandor, Shudder isn’t available in all countries, so you might need a VPN and switch to the U.S server. Next, if you want to fetch popcorn, do that because Shudder won’t let you move. Why do I say that? 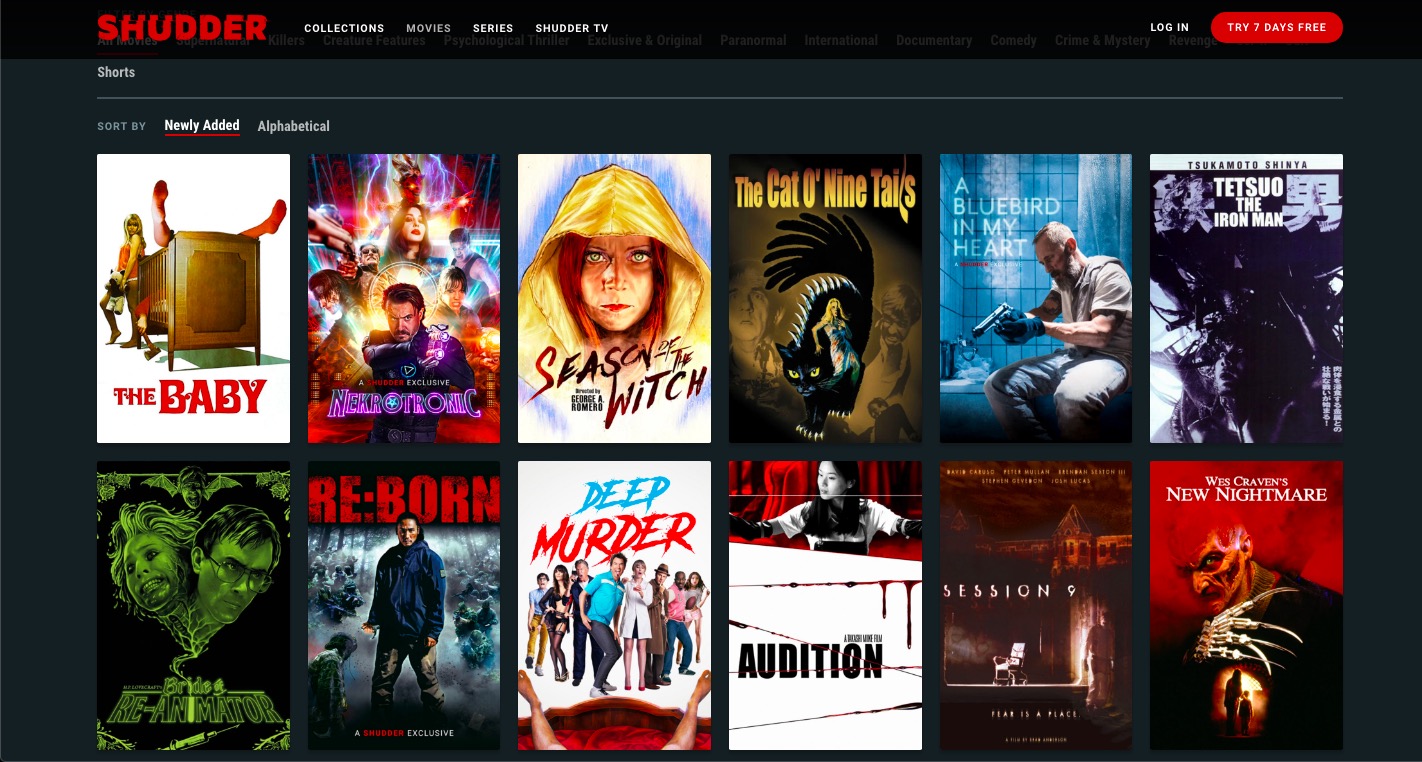 Shudder is a platform that handles content pertaining to horror, thriller and suspense genres. It not only has a database of movies but a fair amount of exclusives as well, like “The Devils”. It also produces originals such as Riprore, Mayhem and many more, so you can expect exclusive content at your disposal. You can access  There is a 7-day trial after which you can subscribe to an annual membership ($47.88/annual) or monthly ($4.99).

IMDB TV is a new streaming service from Amazon, which offers popular movies and TV shows (ads supported) for free.  As of making this video, it has a catalog of popular movies like The Social Network, Gravity, Megamind, Hacksaw Ridge, and La La Land. Some of the popular TV Shows include Gordon Ramsay’s Kitchen Nightmares, The A-Team, Dallas, etc

The only caveat is, much like the previous two services, it’s also available only in the US but you can also stream using a VPN. Here is a detailed article on how to watch IMDB TV from anywhere. There is no way to subscribe or pay to remove ads though. 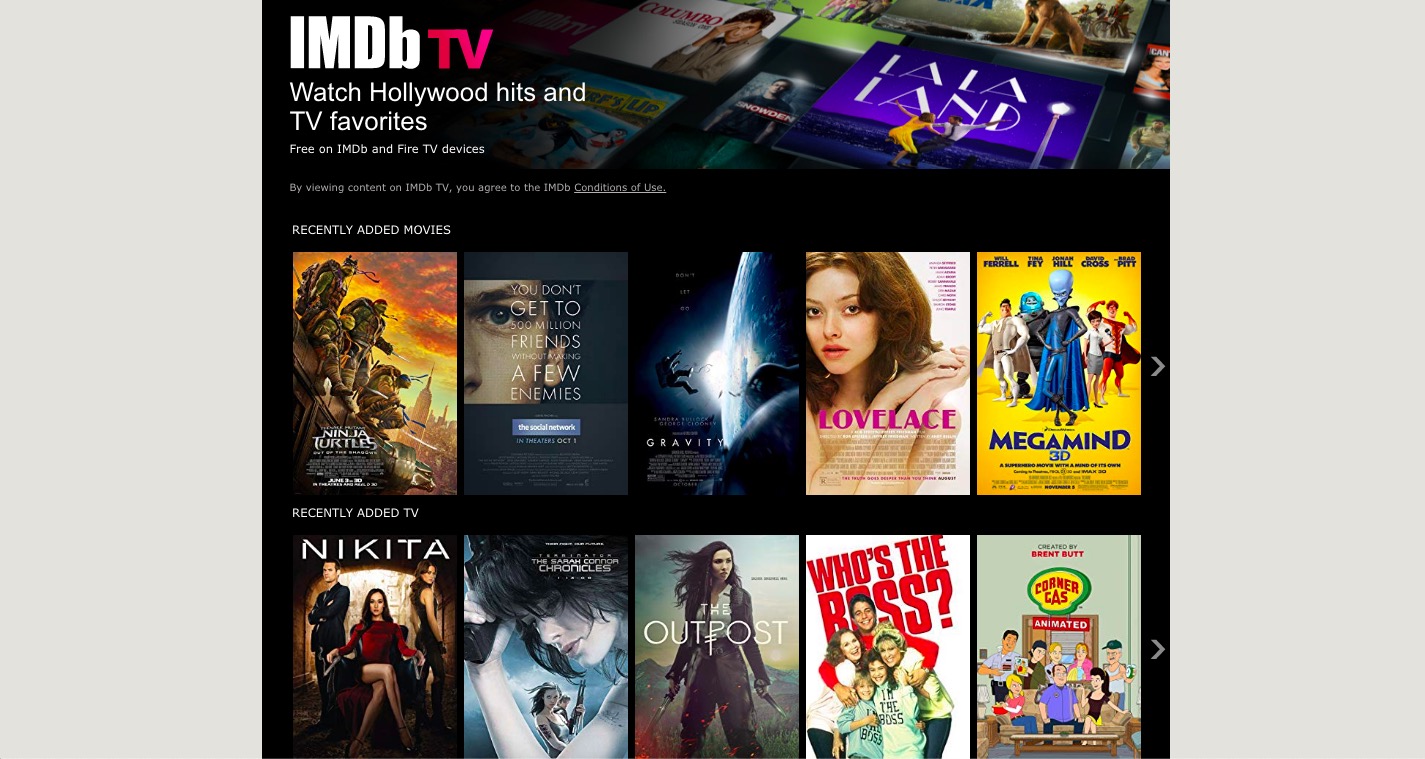 IMDB TV is available on most devices like  Fire TV (accessible with Alexa), Roku (through Prime Video Channel) and Android TV (imdb.com/freedive) or you can simply download the app from Play Store or App Store.

There is a reason why DDLJ is still running in theaters. You can’t take Bollywood out of us Indians. Next time you feel like you want to watch Bollywood but you’re in a different country feeling helpless, don’t be, there’s Spuul. It is a platform that lets you watch tons of great Bollywood movies. All you have to do is Sign-in and subscribe. 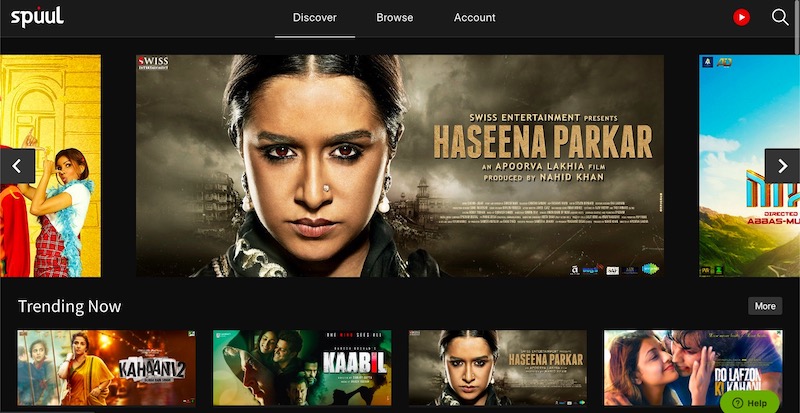 The monthly plan starts with 99 INR (or roughly $1.5) while yearly is for 999 INR (or $15). You can also consume content offline, stream without ads and on multiple screens after subscribing.

I must agree that I found a lot of good movies, I still feel the layout of the website doesn’t allow me to stay for longer and explore more titles. It doesn’t have the support for  Roku TV and Smart TV, but you can access it Chrome-cast ( Built-in) Apple, Android, and Amazon.

Fan of Korean Movies? or Taiwanese or Japanese? Well, don’t look anywhere else.

Viki is a platform that has a large pool of famous movies like Memories of the Sword, Live Again, Love Again and more from various Asian countries. Coming from the word Wiki and Video, it has an aim to bridge the gap between Asian Movie lovers and the limitation of language by community subtitling. The platform also offers Viki Originals and exclusive content.

There are two plans you can choose from Basic($ 0.83/m) and Standard($4.17/m). While basic offers No ads, streaming in HD, Standard goes a step further and lets you have early access to shows. While there is still a geo-restriction for certain shows, using a VPN may help by-pass that. You can stream movies on Roku, Android TV, Apple TV, Chromecast and Fire TV. You can also download it from the Play Store and App Store as well.

A lot of platforms listed here have animated movies in the database, but are they dedicated to it? No.

That is where Crunchyroll comes in. It boasts of the world’s largest database for anime and manga. In addition to that, it also has complete animated series for famous shows such as Naruto and Dragon Ball super. For movie buffs who want to take it a notch up, there is a dedicated store to buy merchandise. There is also a dedicated news and anime based game section as well. The catch is that it has ads so you have to subscribe to a premium account to block ads and access shows just one hour after the telecast.

There is a 14-day trial and after that, it provides two membership options, premium($7.99/m) and premium+($11.95/m), the difference being the latter giving a discount on Crunchyroll store, Goodie Bags, access to early beta features, etc. It also has a shared revenue model so a part of the subscription goes to the creators.

If you don’t want to indulge in the hassle of punching in card details and signing up, Tubi is a platform that lets you do that for free. It has a huge collection of movies like Sound City, School of Rock and has partnered with studios like MGM, Paramount, and Lionsgate to deliver content. The way it works for free is by adopting a minimal ad structure. So it displays ads after 10-15 minute intervals which are okay provided you’re getting quality content to stream for free. Content is divided under genre (action, crime), collection (Cult, Highly Rated) and Features (Full moon, Docurama).

It’s 100% legal so there are no pop-ups or hidden malware that you have to worry about. You can also access Tubi on almost all devices like Roku, Play Station, AppleTV, etc. To check for supported devices click here.

While Netflix, Amazon Prime have large user-base, constant development, and community support, besides original shows they majorly lack in terms of quality content. Shudder, on the other hand deal with horror movies or Crunchyroll specializes in manga or even TUBI or IMDB TV which have free content, it’s easy to follow a certain type of cinema. I personally use MUBI and I’m never dissatisfied with the limited movie selection they offer. Whatever the reason might be, all the platforms I discussed are worth your time and money (if not free).

So, already ready to try them all? If you find more platforms such as these that offer tailored content, let me know in the comments. I might have a new favorite!