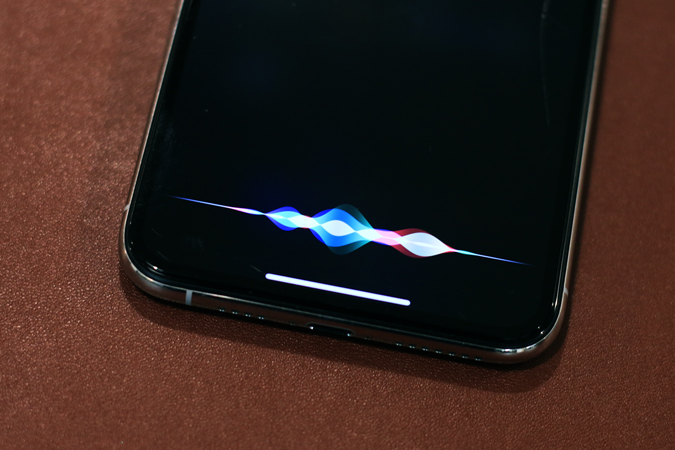 The virtual assistants on our phone get better with time. With the release of iOS 13, Apple has significantly improved Siri and its integration across the entire system. It’s more natural in responses, supports more third-party apps, and has wider language support that makes it even more suitable for non-native English speakers. Instead of giving you a list of N number of things that Siri can do, I’ll show you a list of my favorite Siri commands that make my day a little easier. Let’s begin.

Until recently Siri could only play music from Apple Music or your library and I prefer Spotify over Apple Music. However, with the extended support for third-party media apps, I can now ask Siri to play music from Spotify including my favorite playlists which makes it so much more convenient.

2. Send a text on WhatsApp

If you use WhatsApp instead of iMessage then Siri can now draft and send messages for you. This feature comes in handy whenever I need to send short messages and reply to someone. You can also use it with Telegram and other messaging apps that have support for SiriKit.

Ask “Hey Siri, send a message to Mrinal on WhatsApp”

Siri can help you start your day by reading out all the messages that you’ve received. This feature helps a lot when you’re driving and want to get through the messages without drifting your gaze from the road. It works with iMessage, WhatsApp, Telegram, and normal text messages.

Ask “Hey Siri, Do I have any unread messages on WhatsApp?”

Apple acquired the popular app Shazam that lets you recognize songs playing in your surroundings instantly. Since iOS 13, Siri has this feature built-in which means that even if you don’t have the app installed, you can just ask Siri to recognize the songs.

Ask “Hey Siri, What song is this?”

AirPods are great with all the features that you get in a tiny package but that also makes them prone to getting lost in the house. Instead of shuffling throughout the house to find those, you can simply ask Siri to find the AirPods and it would play a loud sound which would make it easier to locate. Siri can find any Apple device linked with your iCloud account.

You can check the battery level of your AirPods Pro in many different ways but I personally prefer asking Siri. If you have Hey Siri enabled in the Settings then you can ask Siri without even pressing any buttons and it gives you an accurate battery level for each AirPod.

Ask “Hey Siri, What’s the battery level on my AirPods”.

It would be overkill to list every single Siri command that handles Control Center, therefore, I’ll consolidate all the Settings command I use on the iPhone. I can ask Siri to toggle Wi-Fi, Bluetooth, DND, and Data, adjust brightness and volume, and turn on the torch. These are some commands that I frequently use.

I’m not very good with numbers and this is another reason to use Siri for these exercises. You can ask Siri to split bills, multiply numbers, ask the square root of pi, and general math problems. Siri has inbuilt integration with Wolfram Alpha and can apparently do much more than that.

This is more of an app upgrade but Siri helps drive it so I’ll list it here. You can now set context-based reminders on your iPhone which makes the alerts more accurate. For example, instead of just setting a reminder, you can ask Siri to remind you to grab the newspaper when you leave home for work. You can also set a reminder for a certain date and time, and set priority.

Ask “Hey Siri, Remind me to pick up kids when I leave for home”

The Shortcuts app is one of the most powerful apps for iOS that lets you create macros. I’ve covered a list of useful shortcuts that you can use on your iPhone to make things easier. On devices running iOS 13 and above, Siri can run these shortcuts effortlessly which means you can customize Siri to do tasks that no other iPhone can do. For example, I created a shortcut to set the AirPods to transparency mode every time I tapped an NFC tag.

Siri is well integrated with apps and settings that it can learn from those apps and start recommending things that you often use. It works flawlessly with inbuilt-apps but if a third-party app has SiriKit support then Siri can learn its behavior as well.

Siri lets you sleep in

Siri can detect if your calendar has an upcoming holiday and would suggest you to turn off your alarm so that you can sleep in. It’s great.

If you start using shortcuts for third-party apps frequently then Siri can learn from that behavior and start recommending those shortcuts so that you can execute that action with a tap.

If you have an upcoming doctor’s appointment or if you’ve booked tickets to a concert and have received a confirmation in an e-mail or message, Siri would automatically add it to your Calendar.

The Future of Siri?

These were some of the Siri features that make my life a little bit easier. Some are more common such as setting reminders and playing music on Spotify and others are super niche like the Shortcuts app. In my opinion, Shortcuts is the best thing to have ever happened to Siri and it would continue to grow and improve the Apple experience. What do you think of these Siri commands, let me know in the comments below or share your favorite Apple facts with me on Twitter?