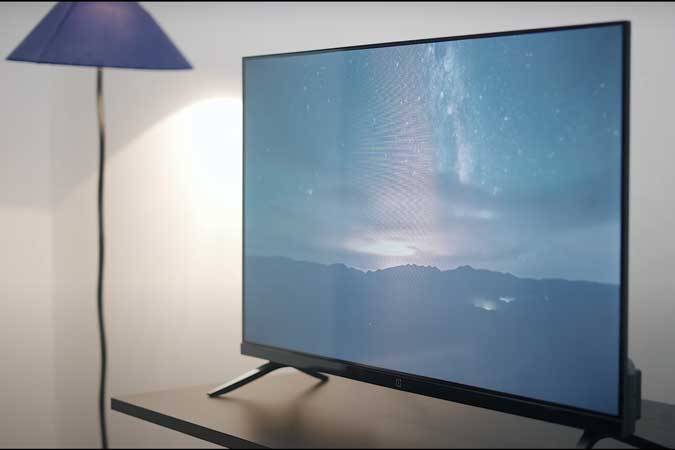 OnePlus has entered the budget TV segment with the OnePlus TV 32Y1. The smart TV offers an HD ready display, 20W speakers, OnePlus custom apps, Android 9.0, and much more. At priced only 12,999, it offers direct competition to Xiaomi’s Mi TV 4A Pro 32-inch and Realme TV 32-inch. But is it worth it? We got one and have been testing it for a while now. If you’re in the market for TV in this segment, you’d find this review helpful. Let’s begin.

The latest Smart TV from OnePlus comes in a cardboard box and contains a few unnecessary installation guides (QR code would’ve been fine), A Remote, 2xAAA cells, two plastic tabletop feet for the TV, four screws, and the TV with a permanently attached power cord. And of course, like every other budget TV in this price segment, there are no wall mounts included in the box. 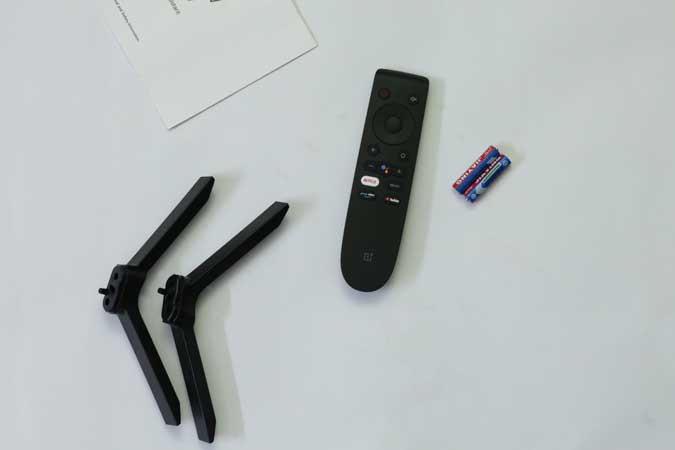 At first glance, you’d find that the ports are not in a single array and are distributed on the two edges of the TV’s hump. You get a pair of USB 2.0 ports, an ethernet jack, an S/PDIF port, an RCA video, and audio port, an RF port, and only two HDMI 2.0 ports with one ARC. It is slightly disappointing to see OnePlus offering two HDMI port instead of three that you get with Mi TV 4A Pro 32-inch and Realme TV 32-inch.

The TV comes equipped with 2.4GHz Wi-Fi, and Bluetooth 5.0, you’d be able to connect to the internet wirelessly and connect peripherals such as PS4 and Xbox controllers, mice, and keyboards. 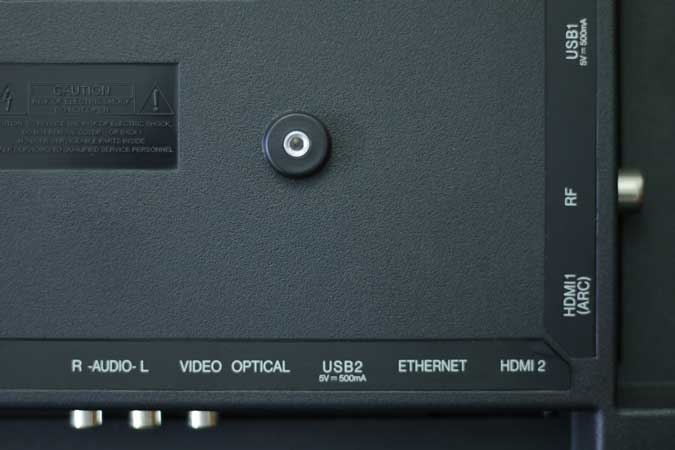 Let’s be honest, this is a budget TV so we aren’t expecting any extraordinary materials on the body. The Panel is supported by an Aluminum back and the Display shell is plastic. Even though, OnePlus claims a bezel-less design, the front of the display is only protected by a plastic layer.

As modern as the non-existent bezels look on the budget TV, I highly doubt the TV would sustain an accidental blow to the corner of the screen as there isn’t any material to absorb the shock, whatsoever. But hey, no bezels, until you turn it on and there are bezels on the inside. 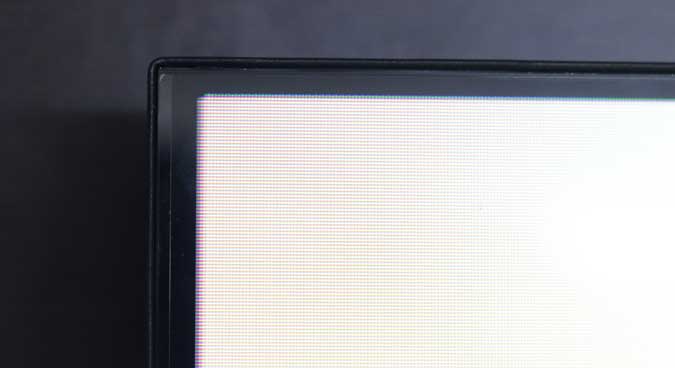 I’ve held Smart TV remotes and OnePlus feels the most comfortable in my hands. OnePlus adds some width to the remote and molds an ergonomic shape that fits perfectly in most hands, including mine. The layout is similar to other Android TV remotes with a D-Pad, sponsored Netflix and Prime Video Buttons, a dedicated Voice Assistant, and few other common buttons. I like the remote, a lot. 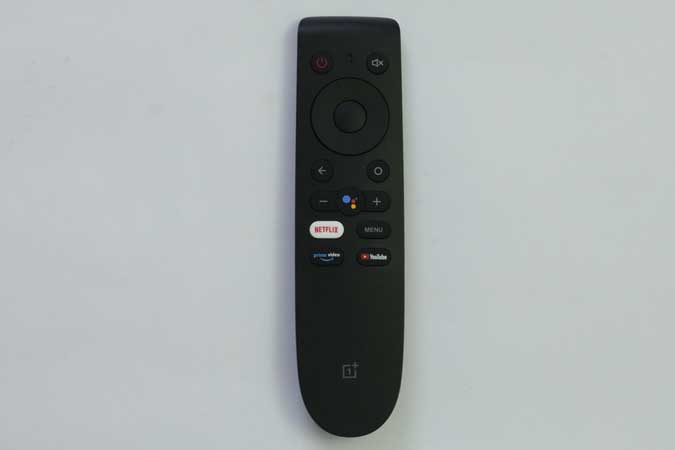 OnePlus 32Y1 packs a 20W sound output with two 10W speakers that sound decent at best. The speakers get plenty loud but still sound like typical TV speakers, even with Dolby Audio supported content. Let me explain, The speakers are tuned to reproduce high frequencies and sound loud but lose a lot of ground on the lower frequencies. It means the speakers lack bass but are okay for sports matches, and occasional movie nights. 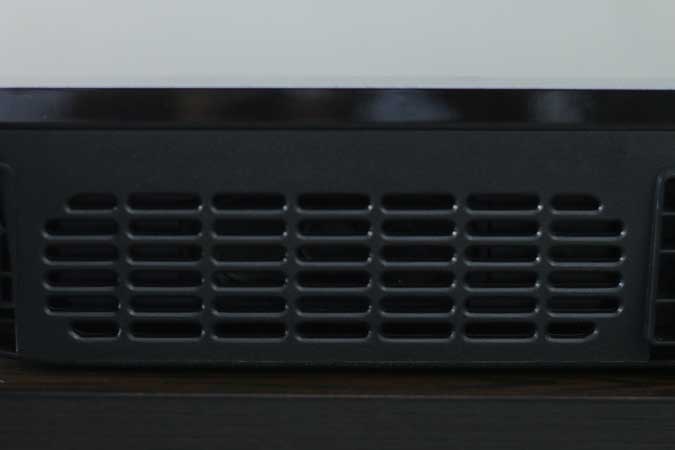 However, I would recommend investing in a soundbar or a surround sound system, if you want a better audio output in your room.

The HD ready TV has a 1366×768 LCD panel that’s backlit by LEDs, so don’t let the marketing term fool you. As OnePlus doesn’t mention the type of panel anywhere on their website, I’d assume it’s an IPS panel( I would update this segment after confirming the panel type) that is great for living rooms as it has wide viewing angles. However, the Achilles heel of this display is the blacks, you can never get true blacks and also because this TV lacks local dimming. 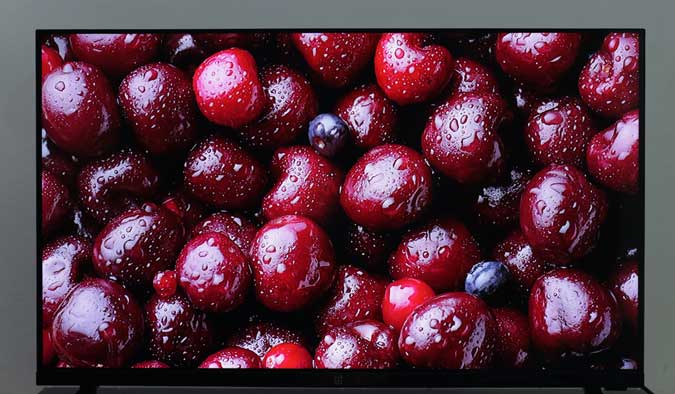 The website also lacks any information about the Contrast ratio and peak brightness which are important features in determining the quality of the display. OnePlus did market a 93% DCI-P3 color gamut on their TVs that is theoretically capable of displaying a wider range of colors. In real life usage, the color profile is overly saturated and simply erases any natural tones with punchier colors that only good during nature documentaries. 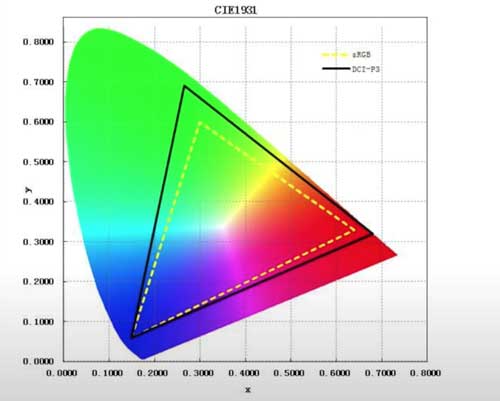 OnePlus bundles Android 9.0 out of the box and adds a few of its own software to enhance the functionality such as OnePlus Connect, Content Calendar, Oxygen Play, etc. The Android TV OS 9.0 is exactly the same as other brands and offers nothing unique except the OnePlus apps. For instance, OnePlus Connect lets you control your TV from any OnePlus smartphone and iPhone, Oxygen Play is an OTT content aggregator and Content Calendar that reminds you of your favorite upcoming movies and shows.

Speaking of performance, the TV packs an ARM Cortex A53 Quad-core processor with 1GB RAM, and 8GB internal storage. The TV isn’t meant for high-performance but would play casual games just fine.

Should You Buy It?

OnePlus, even though, has put a lot of effort into their budget TV but I can only recommend it on two grounds; a modern interior bezel design, and OnePlus Software customization. It also boasts of DCI-P3 color gamut but that doesn’t make a perceptible difference when compared with other TVs in this segment. Apart from that, it doesn’t make a solid case to sell you this TV. Other than this, all the competition offers the exact same features at the exact same price. What do you think? Are you going to buy this TV? Let me know in the comments below or reach out to me on Twitter. 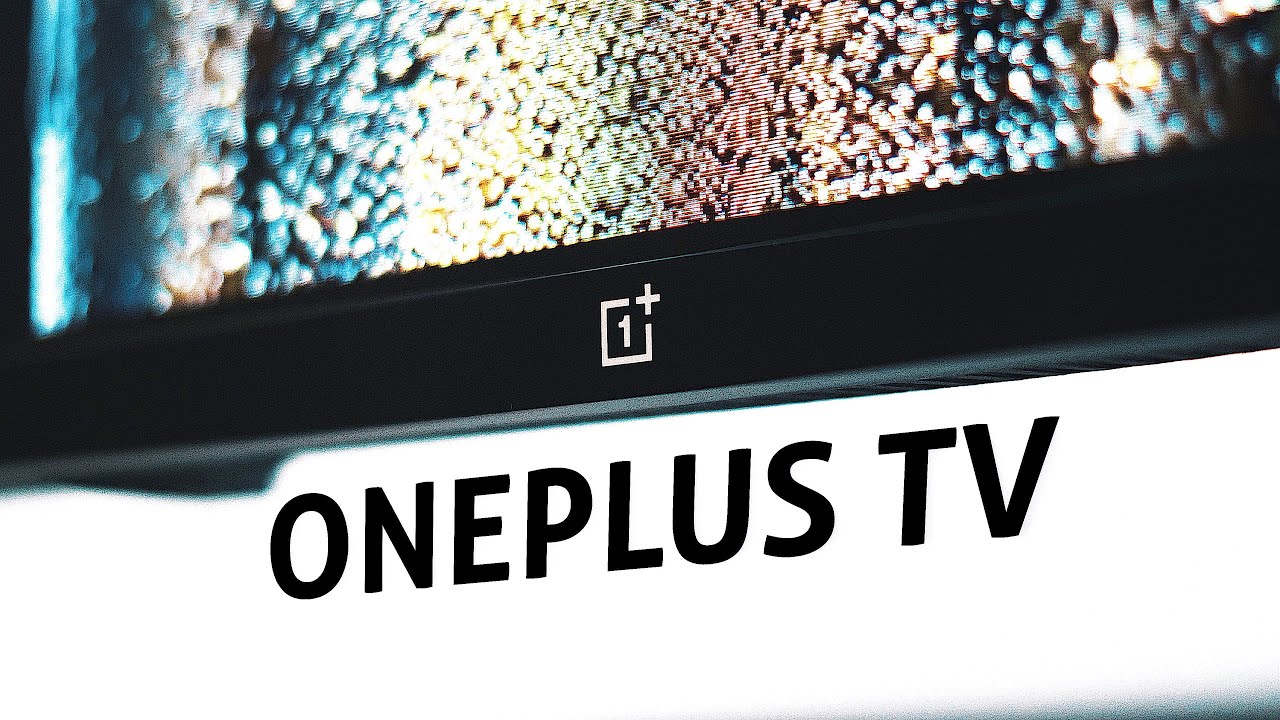