Home » Android » How to Get Pixel Features on Any Android Phone

How to Get Pixel Features on Any Android Phone 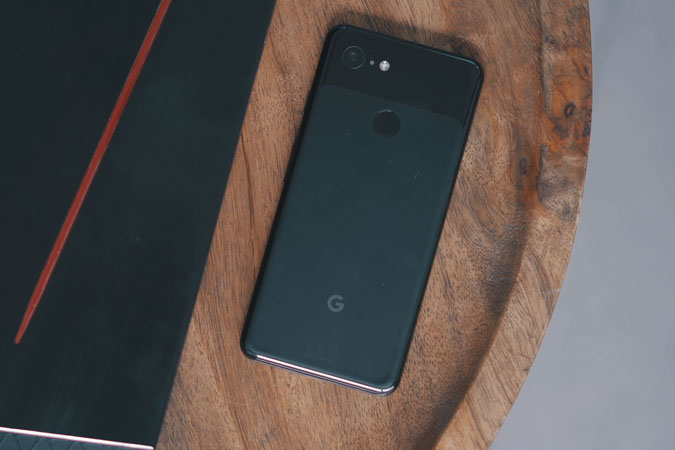 The Google Pixel devices come with some unique features that aren’t available on other Android devices. For instance, squeezing the device frame to activate the Google Assistant, live captions, tap the back of the device to trigger a screenshot, etc. But turns out, these Pixel exclusive features can be replicated on other Android devices with the right third-party Android app. So, on that note, here is how to get Pixel features on any Android phone.

Get Pixel Features on Any Android Phone

One of the best features of Pixel phones is the ‘Voice Recorder’. Using the ‘Voice Recorder’ app you can not only transcribe any audio in real-time without sending data to the Internet but also search your voice recordings for a particular word, applauses, and music.

As of now, the app is Pixel 4 exclusive, but surprisingly, sideloading the APK works on other Android devices as well. Simply download and install the Pixel Voice Recorder app on your Android device. Here’s a step by step guide on how to Get Pixel 4 Voice Recorder App on any Android Phone. 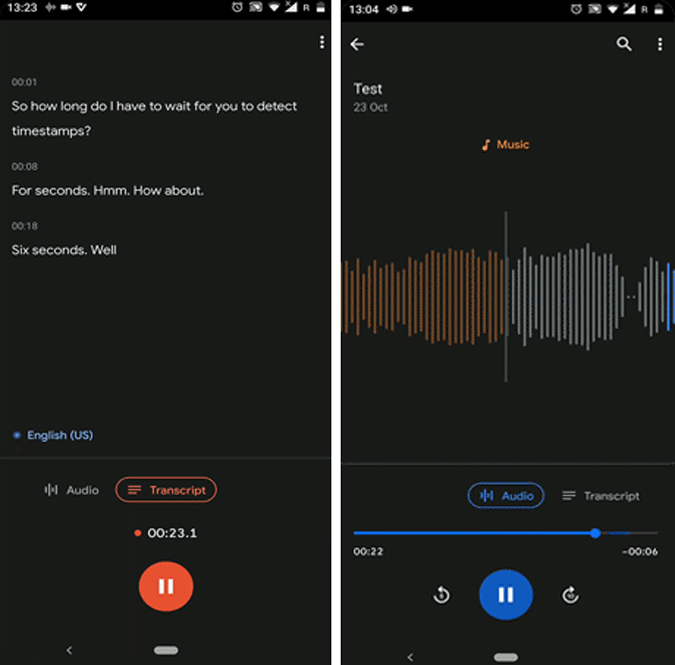 In Android 11, Google introduced a hidden back tap gesture. This feature allows you to tap the back of your Pixel device to do things like launching the phone’s camera app or turn on the flashlight etc.

Thanks to the XDA developer Kieron Quinn, the Back Tap feature is ported for other Android devices even before Google released this feature publicly.  To use the Tap-Tap gesture, download and install the Tap, Tap app from GitHub. Open the app and you can put up your trigger action under the Actions tab. In my case, I am using it to trigger the flashlight. Now, I want the gesture to also be active when the screen is turned off. Hence, I can change that under the Gates tab. 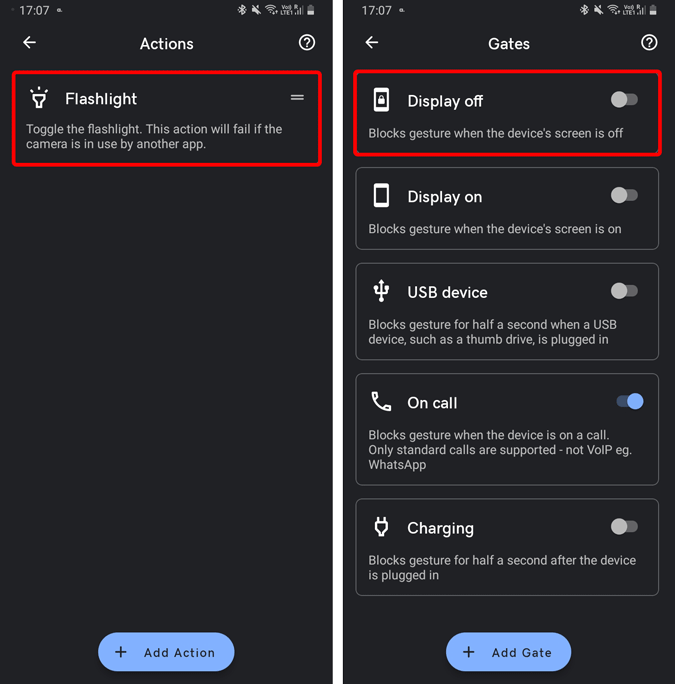 Another popular pixel exclusive app is Google’s default dialer application ‘Google Phone’. You can sideload it on any Android phone. It not only works as a decent Truecaller alternative but integrates well with Google Map’s directions. It also lets you pull out the contact information of nearby public places.

To do that, just head over to the Phone app and search, for say, Dominos on the search bar. The Phone app will pull the address to the nearest Domino’s shop. You can even tap on it and call the particular store. Moreover, the Phone app can detect spam calls. Similar to Truecaller, it proactively displays spam calls and names on the call screen. 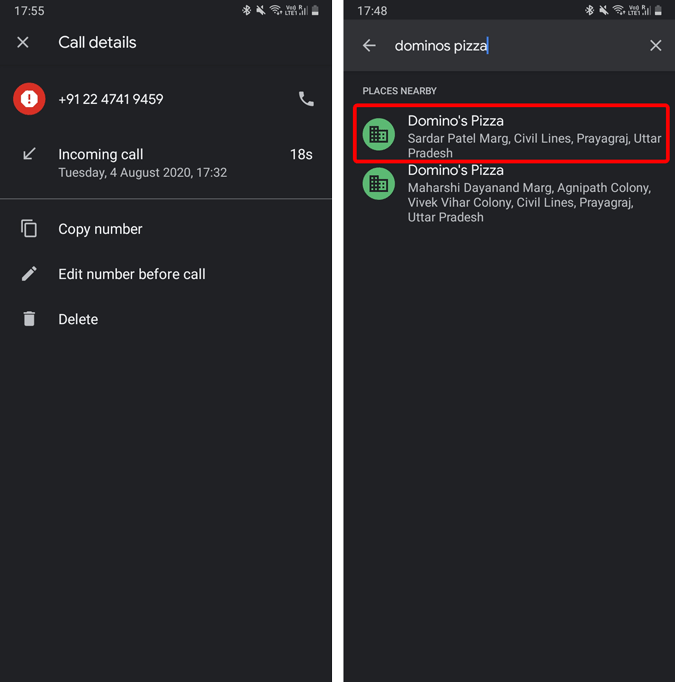 Pixel devices have a lot of features that aren’t enabled by default. One of them is the “Flip to Shhh” option. When enabled, it puts your phone to DND mode as soon as you place your phone face down,. To use the same feature on a non-Pixel device, download and install the “Flip DND” app.

The app replicates the same behavior and emits a chime to notify the gesture kicked off DND. I really liked this “Chime” addition as the vibration alone isn’t enough to notify. 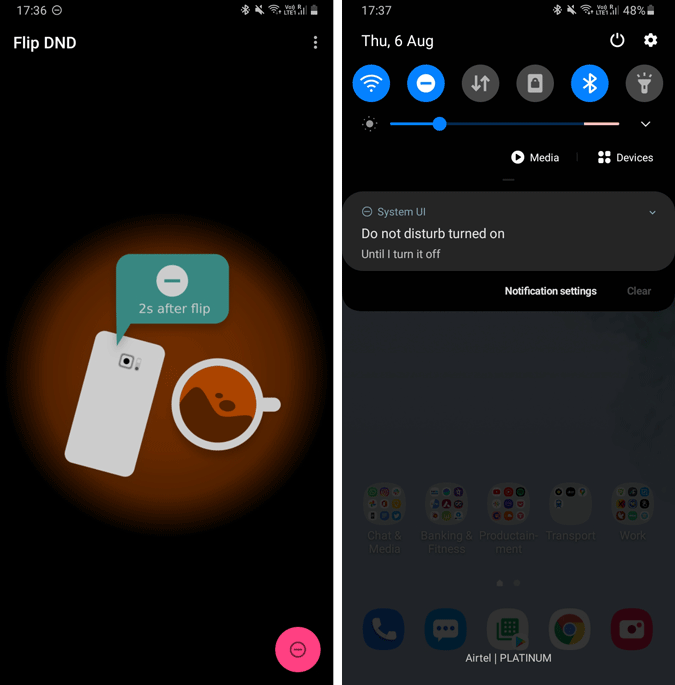 One of the unique features of the Google Pixel is “Active Edge”. This feature lets you squeeze the bottom frame of the Pixel device to launch Google Assistant, silence alarms, incoming call notifications, etc. Moreover, with the help of third-party apps like Button Mapper, you can even remap the Active Edge feature to launch an app or toggle on/off the flashlight.

To replicate this same Active Edge feature, you have the SideSqueeze+ app. It uses your phone’s Barometer to detect the change in pressure and replicates the same squeeze gesture.  We tried in on the One Plus 7T and Samsung Galaxy Note 9. It seemed to work almost flawlessly on these devices. You can download the CPU-Z app and check if your phone has a Barometer.

Below, is the demo of the Squeeze functionality. In case it doesn’t work, try removing the phone case and have another go. 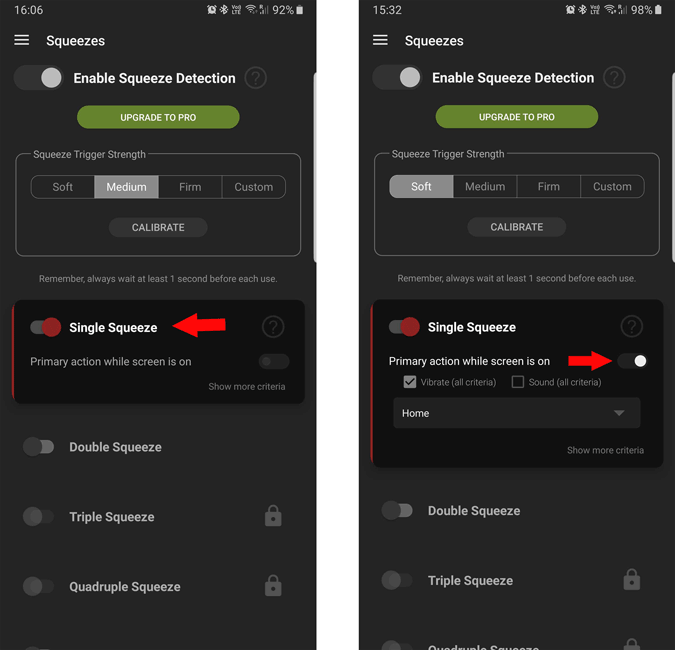 Nearby Sharing isn’t exactly a Pixel exclusive feature. However, as of now it’s only available on the Pixel and selected Samsung Galaxy devices. It’s an Airdrop alternative for Android that lets you send files, images, documents to other Android devices wirelessly. In order to get it on any Android device, we would just need to have the beta version of Play Services app. Here’ how you do it. 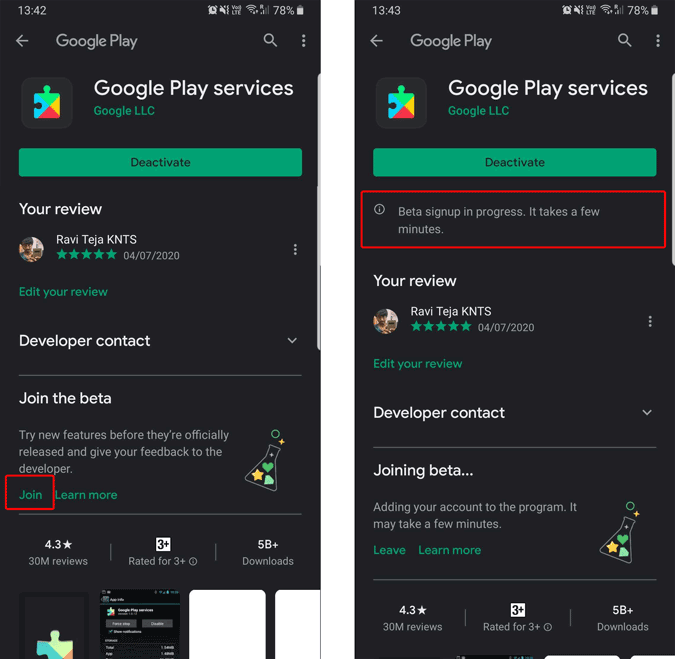 Upon restart, you would have the “Nearby Share” option in the quick notifications settings. Nearby Share allows you to send files, folders, and videos to only your Gmail and Phone contacts. This is done in order to reduce spamming by unknown people. 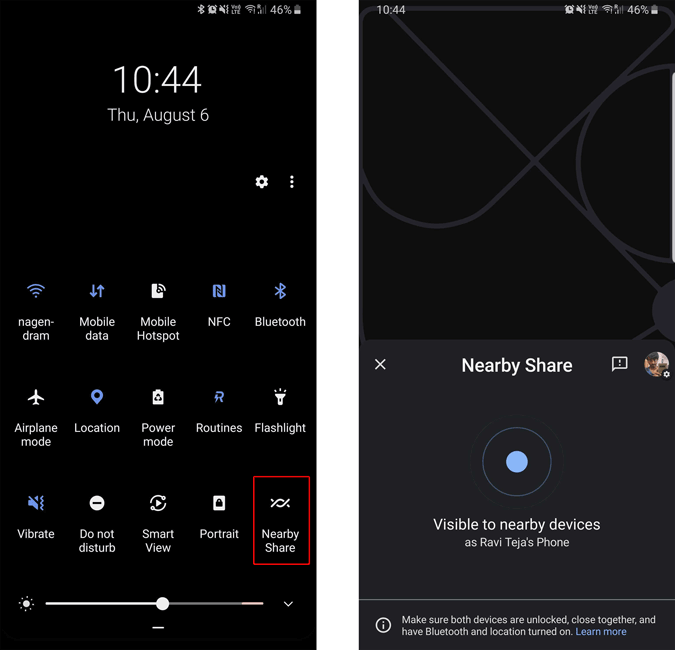 The most envious feature of a Pixel phone is the camera. Courtesy to the excellent camera app, the image quality on Pixel trumps every smartphone out there. You can have the same image quality on your device as well.

Below is a side-by-side camera comparison on Nokia 6.1 Plus with the Google Camera app and native camera app. 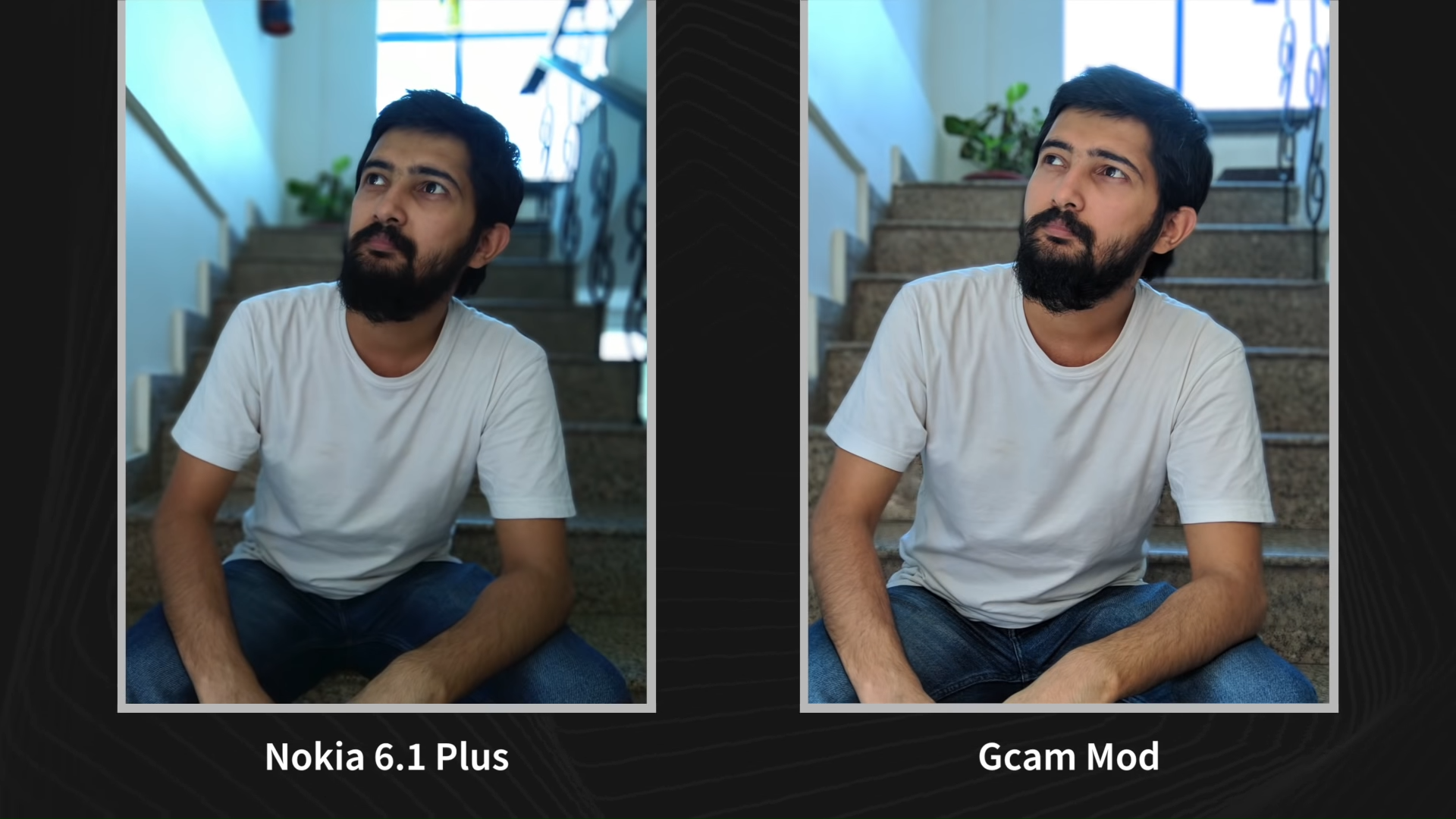 Google brought Live Captions on Pixel phones. It basically acts as captions for videos and audio running on your phone. Live captions use on-device machine learning and it can even work offline. While Live Captions only support English as of now, there are plans to support other languages in the future.

In order to use Live Captions on any Android device, you would need to root your device. In case you have a rooted device, the following are the further steps.

After installing the Device Personalization Services app, you would be able to access the “Live Captions” settings under the Accessibility menu.

Detailed How-to: How to Get Live Captions on Any Android Device Running Android 10 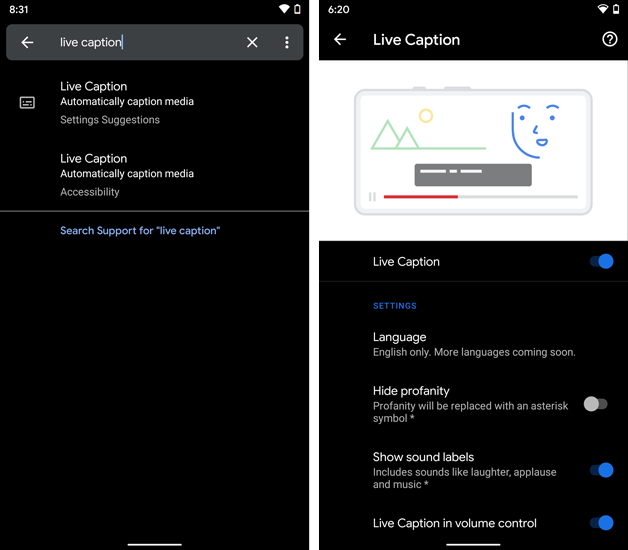 With every Pixel drop, there seem to be more features and more ports for another Android device. I’ll keep updating this article frequently, so stick around. For more issues or queries, let me know in the comments below.

Also Read: Android Backup vs Google One Backup & Which to Choose?