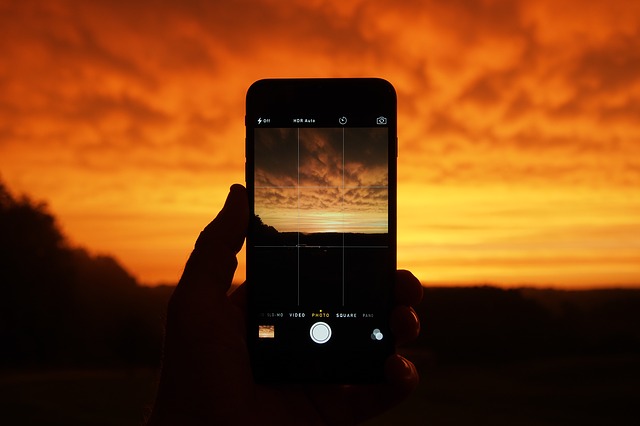 Gone are the days when you had to always chug along your bulky DSLR anticipating that perfect shot. While DSLRs do offer a wide range of quality benefits over phone cameras, nothing comes close to the convenience of a smartphone. With Google’s Camera2 API, you can take pictures in the RAW format right on your Android smartphone and edit them later extensively.

Earlier, we saw some of the best raw camera apps for iPhone and iPad. And today, let’s take a look at some of the best apps on Android that allow you to shoot in RAW and get the most out of your phone camera.

Kicking off the list is Open Camera, a free light-weight app for both amateurs and pros alike. Not is it completely free with no in-app purchases or ads, it is also a fully open source. But don’t let this fool you into underestimating the capabilities of this app, as it’s no slouch and goes head to head with several heavy hitters in the category.

Open Camera provides controls for tweaking the ISO, exposure, white balance and all other elements of your smartphone camera. It supports various modes of shooting including a Dynamic Range Optimisation mode. This app comes with a lot of bells and whistles like voice command photo capture, screen flash, optimized UI for both left-handed and right-handed people, and even a dedicated widget overall which combines to give this an app a complete experience.

And of course, using the Camera2 API, Open Camera produces some crisp photos, all of which you can store in RAW. 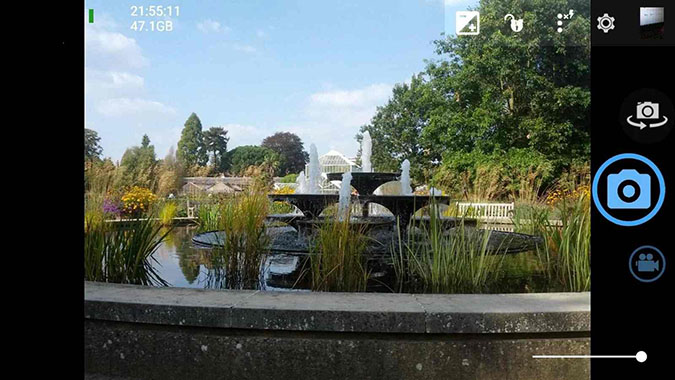 Verdict:
If you are looking for a light-weight and a completely free camera app that doesn’t lack manual controls and features, all besides shooting in RAW, Open Camera might be your next camera app. 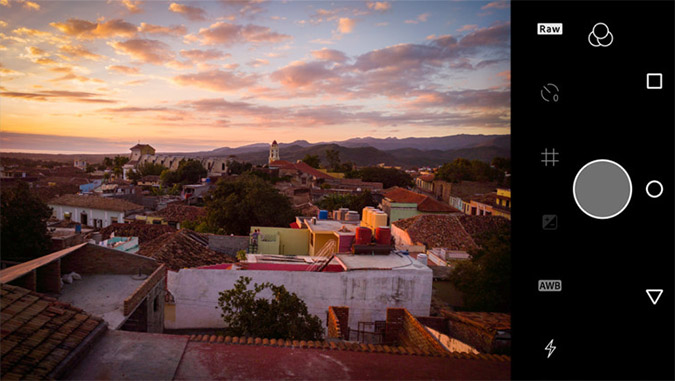 Pros:
• Import and sync raw photos from your phone
• Full-featured photo editor with powerful tools
• Access all your photos in not only Lightroom but other Adobe apps as well

The Google Camera app has a basic mantra at its core: to provide a hassle-free experience to people clicking pictures with their smartphone while not compromising on the photography enthusiasts.

But you might be wondering Google Camera doesn’t support RAW capture, and that’s why it didn’t even make this list. Instead, we have a port of the Google Camera app from XDA, which adds RAW capability and a ton of features like Zero Shutter Lag (ZSL), Lens Blur, 60 fps capture and even HDR+ which was only exclusive to Google’s own Pixel devices. HDR+ boosts the low light capability of your smartphone camera with the reduction in noise and much brighter photos; not only that, in normally lit scenarios, you can rely on HDR+ to produce the best possible photo, all with Google’s software tricks.

Note: Before installing, be sure to first check the app compatibility with your device from the XDA page. 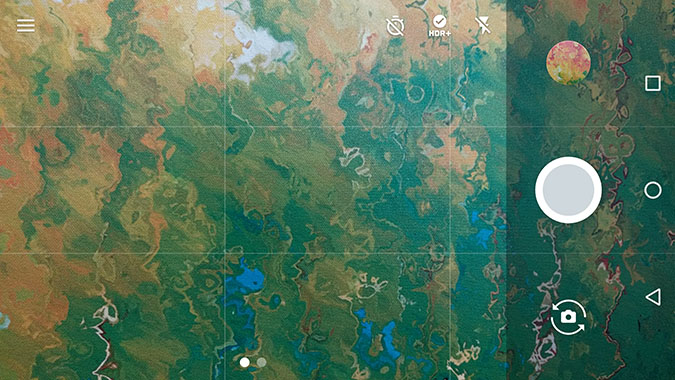 Verdict:
This app is basically the Google Camera app, but with added functionality. If you have been using Google’s Camera app till now, this should be a solid upgrade. Otherwise, if you like Google’s clean layout but had been avoiding it due to its lack of these features, now is your chance! 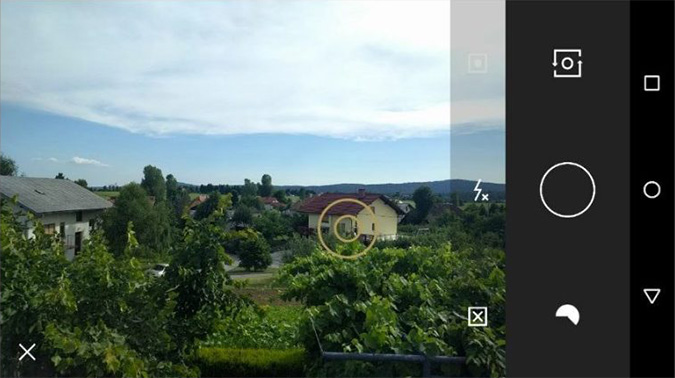 Link: VSCO on the Play Store 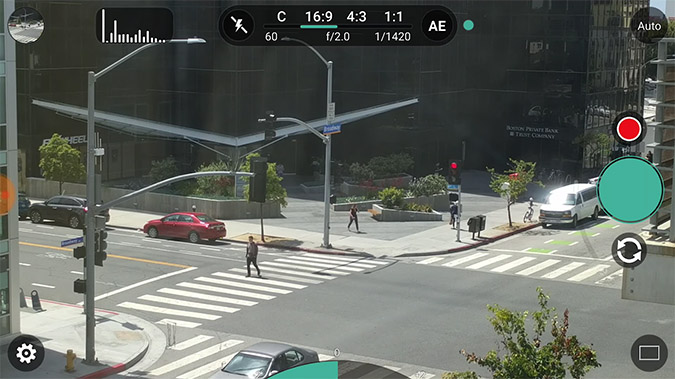 Verdict:
If you are a beginner, all the controls and features might be a little too overwhelming. If you aren’t and might have needs for pro video shooting beside shooting RAW photos, ProShot offers just that and it can be the perfect app for the right person.

Link: ProShot on the Play Store

Footej Camera is a relatively new addition to the ever-growing arsenal of camera applications, but quite unique enough to make this list.

Starting with the viewfinder, the UI is breathtakingly refreshing from all the other pro apps out there and does so in a simple and elegant way. Of course, there are the manual controls for tweaking ISO, shutter speed, white balance, exposure and even focal length. Using Google’s Camera2 API, it can produce some stunning shots.

But this isn’t where Footej stops and aims at also the fun-loving professionals by adding some other features such as recording animated gifs and selfie light where the app uses your display to mimic a front-facing flash on your phone. You also get an inbuilt gallery, a photo histogram, and a burst mode. 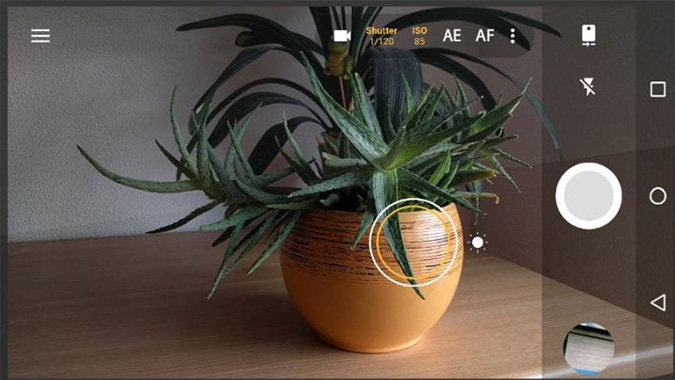 Pros:
• Simple Clutter-free UI
• Tailored for both fun and professionalism

Verdict:
If you want a camera app that can do both – offer a pro-like manual mode with extensive controls along with a fun side like selfie light and GIF maker, you might want to check out Footej.

When it comes to photography apps on Android, Camera FV-5 is one of the oldest and most popular, which aims to put DSLR-like manual controls at your finger-tips. This app is mostly aimed at photography enthusiasts and professionals who are looking to get the most out of their phone camera.

The user interface is very close to that of a DSLR with all types of manual controls which you can adjust such as exposure compensation, ISO, white balance, manual focus. These are aided by an advanced electronic viewfinder which shows each and every value in real time including an RGB Histogram and various crops and guides.

The developers also offer a Lite Version for free, which I recommend checking out first as it gives you a little taste of what the full app offers before investing your money. 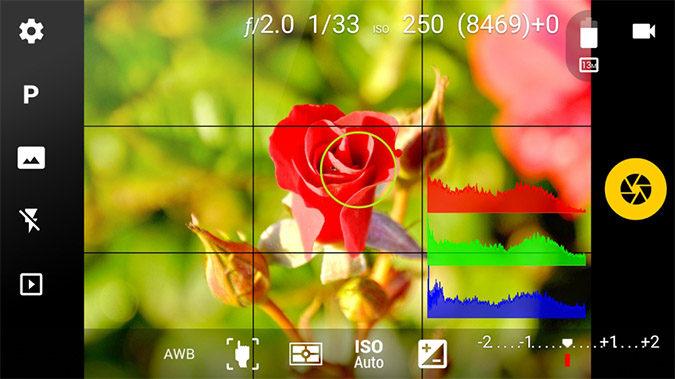 Verdict:
Camera FV-5 offers manual controls and a viewfinder close to that of a DSLR. So if you have or use DSLRs a lot, with this app you’ll feel right at home. This app strikes a wonderful balance with most of the features in a nicely presented package.

If you are using the stock Google Camera app or your phone’s stock camera app, the ported Google Camera is a solid upgrade with various features and a simple UI.

If you want something even lighter sacrificing a few features, just for shooting RAW, the Open Camera seems a very good alternative. For the ones who are a sucker for design, Footej’s elegant and beautifully minimal UI will not disappoint. And if you’d like the comfort of editing your RAW pictures directly from your phone, Lightroom CC and VSCO are the apps.

If you are someone, who want a full package with features packed to the brim along with pro video shooting capabilities, no other app can do that like Pro Shot. But for me, Camera FV-5 takes the cake which is priced lower than Pro Shot and offers just the right amount of features in an overall nice package.

So this was our roundup of the 7 best raw camera apps on Android. Which one was your favorite and did we miss any? Let us know in the comments below.

Read: Use Your Android as Surveillance Camera