Home » Internet » How to Save GIFs From Twitter on iPhone, Android, and Web

How to Save GIFs From Twitter on iPhone, Android, and Web 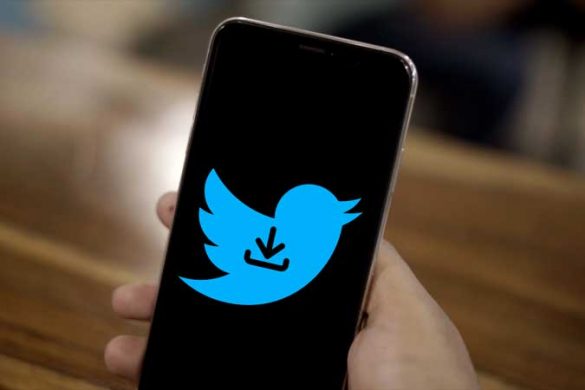 Twitter has gone from a 140 character micro-blogging site to a cultural ecosystem where you can find memes, snarky tweets, informative tweet threads, and funny GIFs. If you’ve tried to download the GIFs for later use, you must have realized by now that Twitter doesn’t let you do that. We will show you how to save GIFs from Twitter on iPhone, Android, and the web. Let’s begin.

1. With a Siri Shortcut

I mostly use Twitter on the iPhone and downloading GIFs is no easy task. However, Siri Shortcuts make tasks like these effortless and we’re going to use one to download GIFs.

Now, open the Twitter app on the iPhone and go to the GIF that you want to save. Long tap the GIF to open the Share sheet. You’d find the Shortcut DTwitter on the list below. Tap to run the shortcut.

The shortcut will run and automatically save the GIF to the Photos app. It’s really that simple.

Siri Shortcuts can be intimidating to beginners. Also, the above method clutters your Photos app by putting all the saved GIFs in there.

GIFWrapped lets you save Twitter GIFs to your iPhone without messing up your Photos app. It instead saves the GIF within the app or iCloud storage. Start by installing the GIFWrapped on your iPhone from the App Store.

Go back to the GIFWrapped app and simply paste the link in the search bar. The app would fetch the GIF and you can save it in the app by tapping the cloud button on the thumbnail.

It would take a few seconds to finish downloading and your GIF would be saved to the Photos app.

If you use Twitter on a desktop then using the Inspect Element tool won’t work for finding the GIFs embedded in a Tweet. However, twdownload lets you download GIFs on your computer in seconds.

Go to twdownload.com and paste the URL in the text field. The GIF preview would load up on the site and you can click the download button to save it on your desktop.

2. With a Chrome Extension

These were a few ways to save the GIFs from Twitter on your iPhone, Android, and desktop devices. Additionally, there are plenty of Twitter clients for Windows and one of them is Tweeten that lets you download Twitter GIFs directly on your Windows computer. What do you think? Did I miss any important method? Let me know on Twitter.