How to Shazam and Find Song Playing on & Around Snapchat 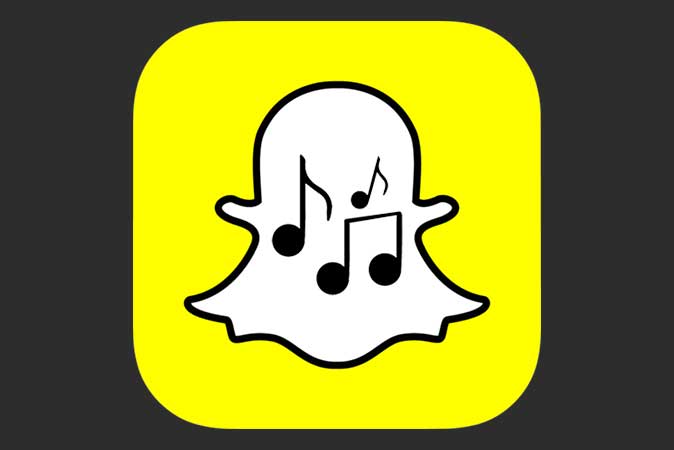 1. How to Shazam a Song on Snapchat

Snapchat has a native arrangement with Shazam to discover songs within the app. It is meant to quickly discover songs playing in the background when you’re out and about having fun at a party or club. You can identify the song and put the sticker in your story to let people know of the song being played in your Story.

To identify the song in Snapchat, simply open the Shazam app, press and hold the empty screen to activate Shazam.

Shazam will take a few seconds to fetch the song and show up as a card that you can put on your Snapchat Stories. This method works on both Android and iOS versions of the Snapchat app.

Discovering songs playing in your surroundings is easy. But, how to find a song playing inside a Snapchat Story in your friend’s profile? Well, there are ways to get around that but Android and iPhone have separate methods for the same.

Use Shazam in Snapchat to Find Songs On iPhone

Thanks to Apple’s Shazam acquisition, the music recognition is now baked in the iOS itself. iOS 14 offers a native way to identify songs using Shazam. The feature works amazingly well and regardless of the app you’re playing music on.

Now simply open the Story in Snapchat that has the song you wish to identify using Shazam. Open the Control Center on your iPhone and tap the Shazam button. It would listen to the audio in the Snapchat story and present the results in the notification shade.

You can then simply tap the notification to open the song in Apple Music or Spotify.

Use Shazam in Snapchat to Find Songs On Android

The method to identify songs on Android isn’t as convenient as it is on the iPhone. However, Shazam can still identify songs from any app. You need to install the Shazam app on your Android smartphone to make it work.

After installing Shazam, you’d find the option “Shazam from Pop-Up” on the home page. If you don’t see it there, you can go ahead and find it in Settings.

It would prompt you to allow permissions to draw over apps. This permission would allow Shazam to create a small button that sits on top of every app and you can shazam any song just by tapping the button. Enable Shazam from Pop-Up in the Settings.

After that, you’d see a Shazam button floating on the screen. You can press this button to activate the mic and identify a song.

Simply open a Snapchat story that has the music you wish to identify and tap the Shazam button to start the process. You’d get an instant result as a chat bubble and add it to your playlist through the Shazam app.

How Do You Shazam on Snapchat

These are all the ways to find and identify songs on Snapchat. The inbuilt method is decent and works most of the time on both Android and iOS. However, the music recognition process to find songs from other apps is a bit finicky on Android. Shazam on Android uses the actual mic to pick up the audio from the speaker which results in poor recognition. This is not the case with iPhone as iOS listens to the audio spit out by an app via software and gives more accurate results. What do you think? Do you use Shazam to find music in Snapchat stories too? Come and start a conversation with me on Twitter.