SMR vs CMR Drives and How to Identify Them Apart 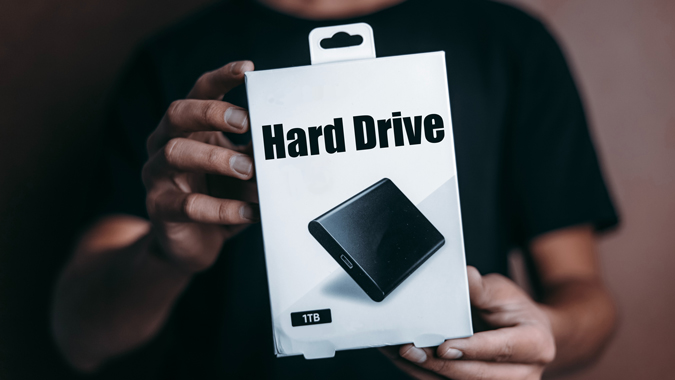 Buying hard drives used to be simple. You buy a decent name brand drive of the preferred capacity and start using it. Things however have gotten a bit complicated in the recent past. WD was recently in the news for sneaking SMR drives into their product lineups without properly labeling them. So what is an SMR drive? Are they inferior to CMR drives? How can you identify them? This guide aims to get you up to speed with everything about SMR and CMR drives and how to tell them apart.

What Are SMR and CMR Drives

All hard drives are not made equal. They differ vastly in terms of cache, latency, seek times, and other things. Most of these metrics are usually of no concern to the regular user. however, the storage method used in a drive is an important factor that has a real impact on user experience.

Historically, manufacturers employed something called CMR or Conventional Magnetic Recording as the default storage method. This means that data is written to concentric circular tracks on both sides of the platters in a hard disk. Tracks are written side by side and there are no overlaps in this method.

Hard drives, traditionally, see increased capacity by two methods when CMR is employed. Either the number of platters is increased or the write density is multiplied.

SMR drive or Shingled Magnetic Recording is a recent technique that significantly differs from CMR. In SMR, data is written by partially overlapping the existing tracks where data is already present. The use of the word ‘Shingled’ is an analogy to the overlapped tiles used in the roofing of houses. SMR, therefore, achieves more data capacity without adding more platters or increasing data density by stacking tracks on top of each other.

Is SMR Drive Inferior to CMR

Technically speaking, SMR drives are inferior to CMR drives in most performance metrics. Here are the reasons why:

SMR drives are considerably slower than CMR drives. This is especially true when write speeds are taken into consideration. When data is written to SMR drives, it temporarily copies the data to a specialized cache present in the drive. This is because, unlike CMR drives, data cannot be written straight into an SMR drive. It needs to be reorganized into the shingled regions of the tracks. This process is usually done during idling.

When large amounts of data need to be written into SMR drives, the cache quickly fills up causing bottlenecks and slowdowns.

The chances of data corruption are higher in SMR drives than in CMR. SMR drives require constant modification, reorganization, and deletion of pre-existing data on the tracks on the platters. This process is inherently prone to corruption as there is a lot of data movement. A sudden power outage, for example, in the middle of this process can put data at risk.

It can also put other CMR drives at risk when used in RAID arrays as SMR drives take longer to be integrated. SMR drives are therefore not good candidates as a replacement for dead CMR drives in NAS storage. Backup solutions that require constant reading and writing are better off with CMR drives.

SMR drives are cheaper compared to CMR drives. Due to data being stacked as overlaps over existing tracks, the number of platters can be reduced significantly. Less number of platters means lower production costs and less usage of materials. SMR drives are therefore perfect candidates for archiving purposes where there are not a lot of rewrites required.

SMR drives are more energy-efficient than their CMR counterparts. The overall lack of platters and heads required to move about reading and writing data makes it consume less power. This is especially effective when SMR drives are employed on a larger scale. Dropbox, the cloud company revealed that they made considerable energy savings by using SMR drives in 2019 as they experimented with the technology.

How to Identify Between SMR and CMR Drives

Identifying if a hard drive is SMR or CMR is still a hard endeavor. They are not clearly labeled or mentioned in the spec sheet by most manufacturers. It is not usually revealed in any of the marketing material of most drives either. Users have to be aware of what these standards are and must research on their own to identify a drive for what it is.

Thankfully, lawsuits and controversies have forced major manufacturers to list which drives use CMR and SMR respectively.

Seagate has made a very clear list that represents which drives of their lineup implement SMR and CMR.

Western Digital has also made a blog post that reveals the models that use CMR and SMR.

Toshiba is another major manufacturer that has made an official list of consumer drives that use SMR and CMR.

Not all manufacturers have listed SMR and CMR drives on their sites and not all models are covered. So how do you tell them apart if SMR and CMR are not clearly mentioned anywhere? Here’ how:

SMR drives are usually endowed with a much larger amount of cache than a CMR drive. This is because the drive needs the data to be reorganized in the buffer before being written into the shingled regions of the tracks.

A consumer-level drive having a 256MB cache is probably going to be SMR as manufacturers would compensate with bigger buffer sizes to combat the limitations of SMR. Drives with lower cache levels like 64MB are usually CMR. You can find the cache level of your hard disk by searching the drive model on Google. It will usually be listed as Cache size or Buffer size.

Newer models of SMR hard disks have TRIM support like that in SSDs. TRIM command helps the operating system to define data blocks that are no longer needed and can be deleted, or are marked as free for rewriting.

CMR Drives do not need TRIM to work. While not all SMR Drives use TRIM, hard drives that do employ TRIM are SMR drives. You can use an application like CrystalDiskInfo in Windows to check for TRIM support.

1. Download and install CrystalDiskInfo. Proceed to launch the application.

2. In the application window, find the area where features are shown.

If TRIM is listed among the features, the hard drive is SMR.

Manufacturers have been silently replacing CMR drives in their existing lineup with SMR drives for some time now. This practice has been criticized by users all over and has generated a lot of bad press. Drive manufacturers have been forced to list their drives as SMR or CMR on their websites. Hopefully, they will soon start mentioning it in the spec sheet and marketing materials as well.

On other things hard drives, here are the top 5 external drives for your PS5.

Alfred is a tech enthusiast from Kerala. He is interested in everything from the boring aspects of tech like Computational humanities to mindlessly modding out an old Android device just for the sake of it. Current interests include Linux, FOSS, Single Board Computers, and Digital Anthropology.