7 Best Stop Motion Apps for Kids for Mobile and Computer 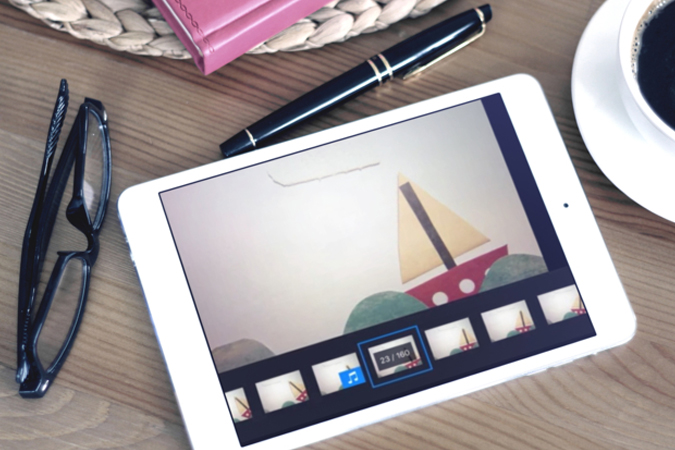 If your kid is curious and records tons of videos, you might as well expose him/her to video making. No, I’m not talking about teaching complicated camera movements and editing. Instead, you can teach them how to use their action figures and make a stop motion. So if you think it’s worth the shot, here are some stop motion apps for kids to combine fun with learning.

If you and your kid are new to stop motion, it’s better to learn before you make one. This is the only stop motion tutorial app I could find that will help you get started. The app has tips, lesson, and tricks section available in text format. If your kid isn’t keen on reading, the video tutorial section might interest them.

Although the video redirects you to YouTube, having both text and video lessons in one app makes it easy to browse. Spoiler alert, it doesn’t have the best UI and contains ads but having easy access to everything in one place saves time.

Stop motion apps for kids don’t have to come with many bells and whistles. Stop Motion Cartoon Maker is a bare app with just the right tools for your kid to begin. The homepage will right away put him/her in action with the camera preview screen.

The app shows a translucent overlay of the last image. This helps in moving objects accurately or the next shot for a smooth frame change

You can view the shots in the photo timeline at the bottom and preview them anytime. Apart from that, there is an option to change the frame rate, opacity, and use the constant automatic self-timer to deal with camera shake. The pro version comes at $2.5/one time that removes the 30-sec video restriction.

The last one was a bare-bones kids’ stop motion app. On the other hand, you can do a lot more than just record stop motion videos with Stickbot. You have auto white balance, autofocus, constant flash support in the capture settings. The edit window is also feature-rich. You have the option to batch select frames, delete frames, copy and even change the frame sequence by freely moving them.

Other cool features include voice-overs, sound effects, and green screen graphics that are easy to add even for kids. All of these are available natively which makes the app a playground to learn stop motion.

Stop Motion Studio is probably the most preferred stop motion app by kids. It was also featured on Apple’s TV commercial “Life on iPad. The interface is easy to use and comes with a sample project. This helps you to get an idea of how a finished stop motion film will look like. Furthermore, you can add a voice-over, film filters, and play with various foreground overlay effects.

The pro version comes at a $6/one-time fee. In my opinion, it’s a great deal as it allows you to import images, add sound/movie effects and pain on images in your stop motion video. If you’re an Apple Watch user, you can trigger the recording by simply tapping on your watch remotely. Pretty handy, right?

Screen to GIF is a Windows stop motion app for kids that’s easy to use, but requires parental guidance to get the most out of it. It’s best suited for when you have already shot frames for stop motion. After that, all you have to do is drag and drop them to the app ad start editing.

Screen to GIF is one of the best GIF app for Windows. It’s feature-packed and the last thing you would need to handle GIFs on PC.

You have versatile editing tools to your disposal. Users can add text, title frames, add borders, watermarks, and tons more. The app is absolutely free however only available for Windows.

Get Screen to GIF for Windows

If you’re finding the phone screen tiny and wish to edit stop motion videos on Windows or Mac, you don’t need any additional software. Both these OS have inbuilt video editors which are feature-rich. Since kids can easily operate computers, a bigger screen is always a better choice. You have Window’s native video editor and iMovie on Mac.

Other features include audio, text, transitions, and the ability to tweak the aspect ratio. While using the native Windows video editor, I didn’t find any lags or missing features that will stop you from making a stop motion video.

Your kid can also add videos they like to the favorites section.

The free version has ads. You can upgrade to the pro version for $3.5/month. Upgrading also unlocks sleep timer and Chromecast support.

Closing Remarks: Which Stop Motion App for Kids to Choose

So here were some of the best stop motion apps for kids. If you ask me, I’d recommend downloading the stop motion guide (1st app). It gives you a clear picture of how to make a stop motion video. Besides that, you can use any of the apps in the list to make stop motion videos. Lastly, if your kid isn’t interested in creating one, Play Doh has many entertaining videos.