How to Screenshot Part of Screen (Windows | Mac | Android) 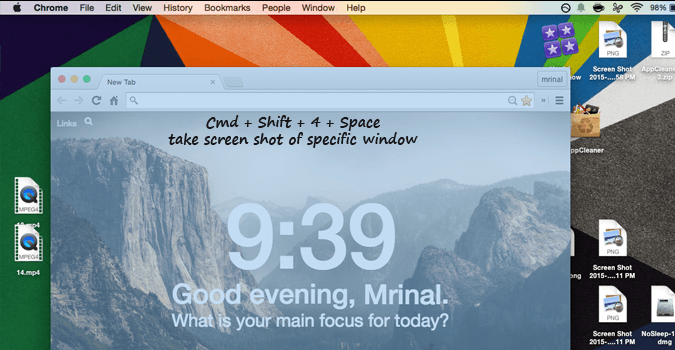 Taking screenshots on most devices is a piece of cake these days. But with little knowledge (or utility) you can make the entire process much quicker and efficient. So let’s see how.

The traditional way of taking a screenshot in Windows is quite tedious. First, hit the ‘PrntScr’ key on your keyboard, then paste it in your favorite image editing program- like paint. And once you are done editing it, save it as an image file.

However, there is a quicker way to do that.

Option 1: Take screenshot of entire screen and save it directly

Press WIN+PrntScr. This will take the screenshot of an entire screen and save it as a png file in your pictures folder. I have tested this on Windows 8 and it works fine.

Press ALT+ PrntScr. This will take the screenshot of only the active window and copy it on your clipboard.

Unlike the previous option, this one does not directly save the screenshot, instead, it gets copied to the clipboard. So you still have to use image editing program to save the image, but hey, you don’t have to crop it anymore.

ProTip: If you want to upload it on the web(like Facebook, ImgurGmailil etc), then simply press CTRL+V on the upload page. Most popular websites allow direct pasting the images from the clipboard.

Options 3: Take screenshot of part of a screen

If your works require frequent screenshot then try free programs like greenshots or the build in sniping tool. These programs have built-in image editor so you can quickly add text to your screenshots and save it directly. You can also upload screenshots directly to popular websites, with a single click.

Similialary for MAC OS, you take a screenshot by pressing Cmd + Shift + 3. But with Cmd + Shift + 4, you can select the area manually, instead of capturing the entire screen. And if you want to take the screenshot of a specific window then press  Cmd + Shift + 4 + Space.

There is no fixed way to take screenshots on Android device. However, there are two common methods.