Home » Internet » How to Turn Your iPhone into iPod

How to Turn Your iPhone into iPod 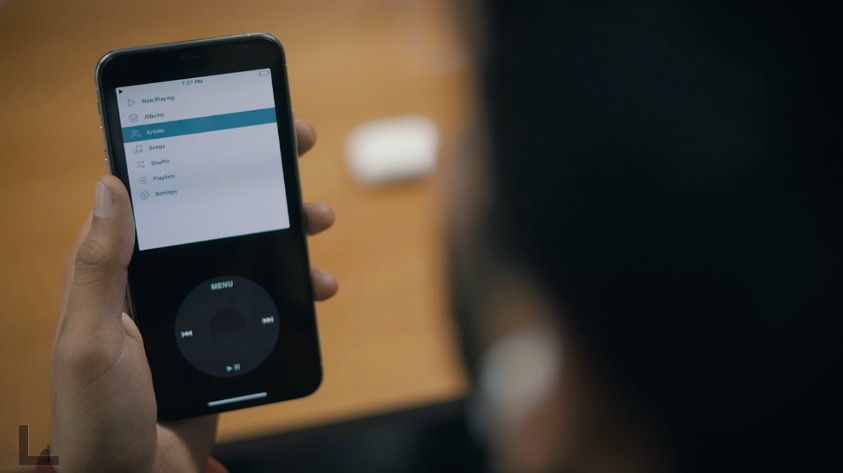 Nostalgia is the new trend in tech. From MKBHD starting out with the “Retro Tech” to Motorola releasing the new fold-able “Razer”, it has seen a comeback. One such device in my opinion that laid the foundation for early music players is the iPod. Frankly, if I’m still given an option to play music by using iPod’s uncluttered UI and a whooping 160 GB of storage, I could listen to music for a lifetime without even playing the same track again (ok, just kidding).

Whatever the reason might be, you can get an iPod classic from a marketplace or if you don’t want the hassle of keeping two devices, follow me through and use your phone as your new iPod. So how do you do it?

It can be downloaded from the Apple app store. As soon as you open the app, you’d be asked to grant permission to access Apple Music, i.e, music, video and media library. 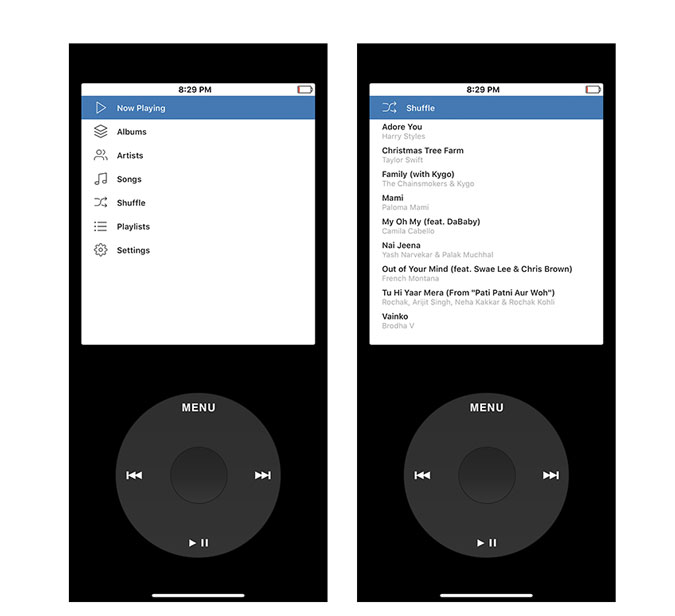 You can either download a custom interface or choose a picture to be used as the controller interface. If you really don’t want any of that fancy stuff you can stick to a very basic interface, but that’ll defeat the purpose of having your phone as an iPod. Now, coming to the main look and feel, if you want iPod’s interface you can achieve that by applying a skin to the interface.

It is basically the physical part of the original iPod which is the click-wheel used for toggle and selection. Here in the app skin is basically just a replacement for that. You’ve two options to download the skin from which is Twitter and Weibo. By clicking on Twitter, you’ll be redirected to a page full of themes which you can use by clicking on the picture and selecting “Add to Photos”. As soon as you do that you’ll again receive a prompt saying “Add skin from Photos“. Simply click and open Photos and select the image you downloaded. It’ll replace the basic UI and add a custom click-wheel to it. 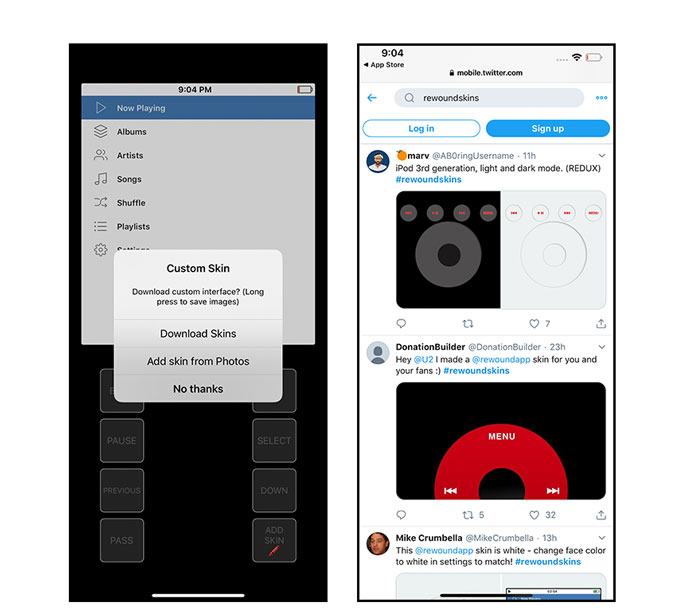 You can also select any random image from Photos but chances are you’ll struggle to make all the keys work. Like in the picture below I used Techwiser’s image which fit well, but the other didn’t quite fit. So it’s a hit and trial for custom images and it might not work in all the cases. 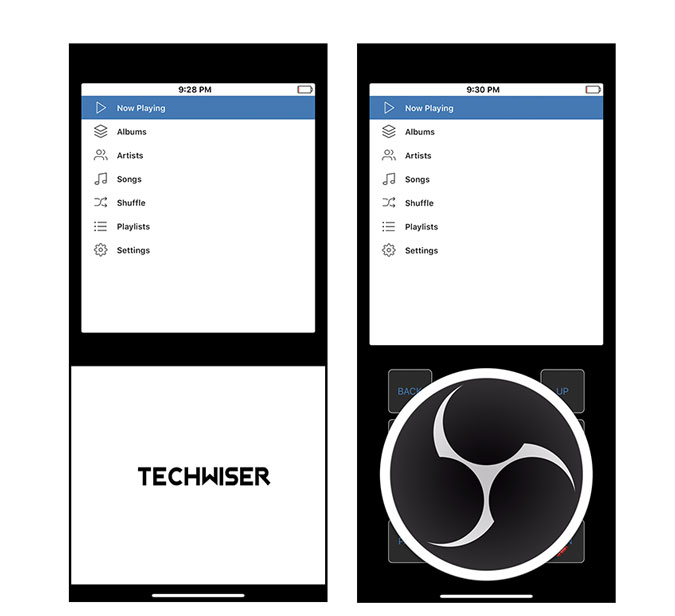 Caution: It might be possible that the app crashes or you might find some keys not working. The solution to this is to restart the app. If you still aren’t able to work around it, try selecting only the basic iPod skin so that the keys work and are mapped automatically.

The best part about iPod Classic was the ability to scroll, it not only made exploring music easier but also it was fun to keep playing with the click-wheel. So when you enable scroll-based navigation in combination with the Haptik feedback, it gives you iPod feels or maybe even a bit better than that. 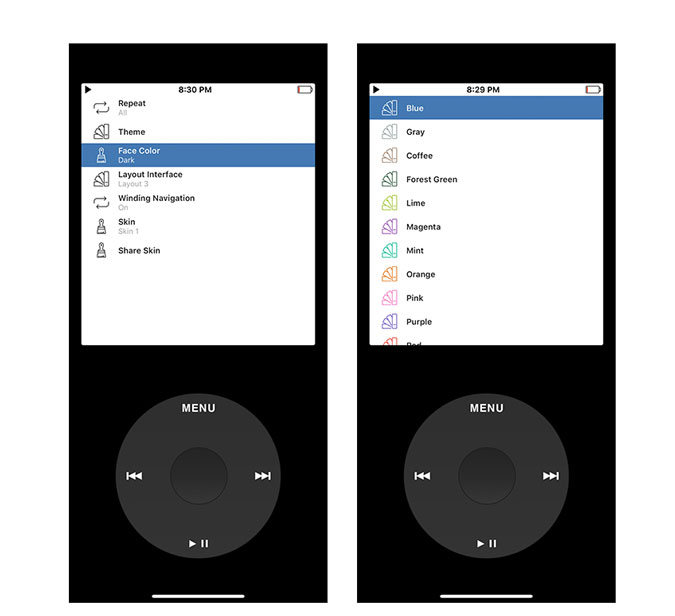 Dark mode is a set standard feature for apps to have and this has it too. Besides, that you can set the playlist on repeat, choose from plenty of themes like blue, forest green, magenta, etc. There is an option to shut the winding navigation change the skin and even share the skin with others.

There are chances your skins won’t work or might not respond when keys are pressed, in this case tweaking with Layout Interface might be the solution. To be more clear with this feature I suggest you don’t select custom skin but stick to the bare interface. Go to settings and click on the layout interface. 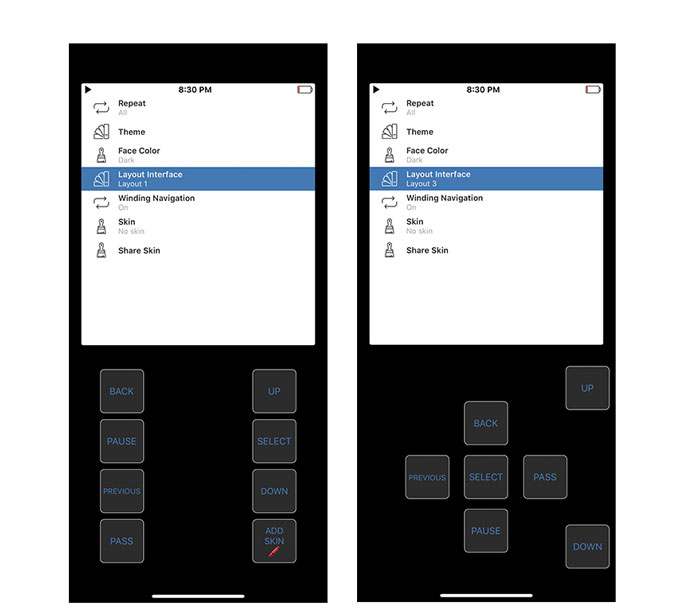 As you change the layouts, you’ll notice how the keys change on the screen. So every time you assign a new custom skin, changing the layout might place the right keys under the skin. To give you a perspective above are different layouts you can choose from.

This app is a way to fulfill your nostalgia and yes! a fair replacement for your boring music player. It is still in development and there are a lot of shortcomings, like not being able to handle themes, missing keypunches. In addition to that, you can only access your Apple music playlist as of now, which for me is a big limitation. There’s Spotify too but I don’t think it’ll be a feature I’d be able to use anytime soon. More than anything else, this app is pure nostalgia and it’s worth trying. It is minimal and does what it says. So try it out and come back for more articles on this because it’s a topic I know you’d love to read about.