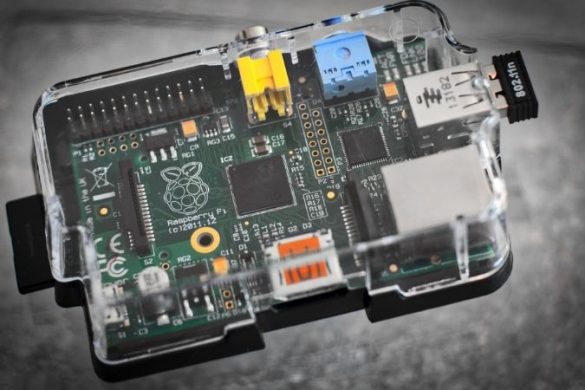 Raspberry Pi OS (previously Raspbian) is the most recommended OS for Pi 4. Made by the creators of the PI itself, one would however find it lacking in features. What about the other Raspberry Pi 4 OS options? Every ‘Best OS for Raspberry 4’ list on the internet recommends usual suspects like Ubuntu and Manjaro. We dug deeper to find gems that will improve your Pi 4 experience in new ways.

This article aims to provide an alternative Raspberry Pi OS list that is custom-built with the Pi 4 hardware in mind and provides actual usability and specific features. Why? Because these big-name distros are mostly scaled-down versions of their x86 counterparts. The performance on these distributions is mediocre and there is an absolute lack of Pi-specific features.

Twister OS is based on the lite version of the Raspberry Pi OS. The similarities end there though as Twister OS gives you access to 7 desktop themes on the first boot. These themes are identical to that of popular systems like Ubuntu, Mac OS, and Windows(95, XP,7,10, and even 11). It also packs a bunch of optimizations and tweaks that make the Pi 4 run snappier than the stock Raspberry PI OS.

It comes preinstalled with all the necessary applications that are required for a complete desktop experience. This includes a complete office suite, media software, and gaming utilities. It can even run Windows applications and games within the limits of RPI4 using Wine and Box86 that come baked into the system. Twister OS also provides a robust overclocking interface through Commander Pi that can boost your Pi performance to the max. It also provides a good multimedia experience, with a tweaked chromium browser that can stream DRM-protected content.

Note: Pi does not come with Widevine DRM software out of the box that is required to load Netflix, Amazon Prime, HBO, Disney Plus, and many other streaming services.

Fyde OS is an operating system based on Google’s ChromeOS that is tailor-made for the Raspberry Pi 4. Similar to ChromeOS, it is fast and stable while also bringing additional features to the table. It can not only run Chrome apps and extensions but also Android and Linux apps without any tweaking. It is lightweight, has a functional interface, and is the only OS so far that provides a lag-free YouTube experience.

Note that there are ways to experience Linux on ChromeOS if you have a Chromebook as well and are open to experimenting more.

Another Raspberry Pi 4 OS from our list, Windows on Raspberry PI Project (also known as WorProject) aims to provide the full-fat Windows OS experience on the Raspberry Pi 4. WorProject should not be confused with Microsoft’s official IoT core. This is an unofficial, community-driven project that makes Windows 10 and even 11, work surprisingly well and snappy on the Raspberry Pi 4. The coolest thing about it is that it can run x86 applications out of the box.

There are some glaring issues like the built-in Wi-Fi and Bluetooth services not working (can work with Wi-Fi and Bluetooth USB adapters). If you can find workarounds for that, it is astonishingly snappy and functional, sometimes more than some budget Windows laptops available on the market. There is also a companion app that comes in handy when finding ARM versions of usual Windows software for it. One thing to note is that it does require you to have a Windows license key for activation.

Konstakang’s Lineage OS is your best bet when it comes to running the latest and greatest of what Android has to offer on the Raspberry Pi 4. It is based on the famed Lineage OS project that releases custom Android versions for different devices. The developer is consistent with the release cycles, even though this is an unofficial fork.

The latest version of Android 12L has been released to download, even before it was available on many android phones. It is well optimized and lacks any bloat unlike other android versions available for RPi 4. You can even set up google apps through some tweaking as well as root it using Magisk. There is also an Android TV version along with the regular one for those looking for an Android TV Box setup.

TitusPi is another operating system that is custom-built for the Raspberry Pi 4. It was conceived by YouTube’s treasured tech support guy, Chris Titus. It has a sleek AwesomeWM on top of a barebones Raspberry OS Lite. The OS is built around hotkeys that can be used to quickly navigate the interface, manage windows, and even take screenshots.

It takes a minimalist approach listing only necessary applications required for work and play. That means you can do productive tasks like coding using built-in VS Code or play emulation games using a well-integrated RetroPie implementation. Being minimal also means it is fast and stable. There is also a second version that is based on Arch Linux for advanced users.

Build it on your own from the official Github page or buy it for just five dollars from Chris’s website.

Alfred is a tech enthusiast from Kerala. He is interested in everything from the boring aspects of tech like Computational humanities to mindlessly modding out an old Android device just for the sake of it. Current interests include Linux, FOSS, Single Board Computers, and Digital Anthropology.