How to Unfollow Less Interacted People on Instagram Easily

Instagram recently released a new feature. It shows people you least interact with (you also have most interacted ones but that’s just boring). So, basically Instagram is hinting you to unfollow these people. This is one of their attempts to make your Instagram feed better.

Want to see which Instagram accounts show up in your feed the most and who you interact with the least? Now you can! Just tap “Following” and manage your list from there. pic.twitter.com/eKFOBCdutr

The process is pretty straight-forward. Head over to the profile tab and tap on the “Following” count.  Next, you can see a new section called “Categories” with 2 options – “Least Interacted With” and “Most Shown in Feed”. Tap on “Least Interacted with”. 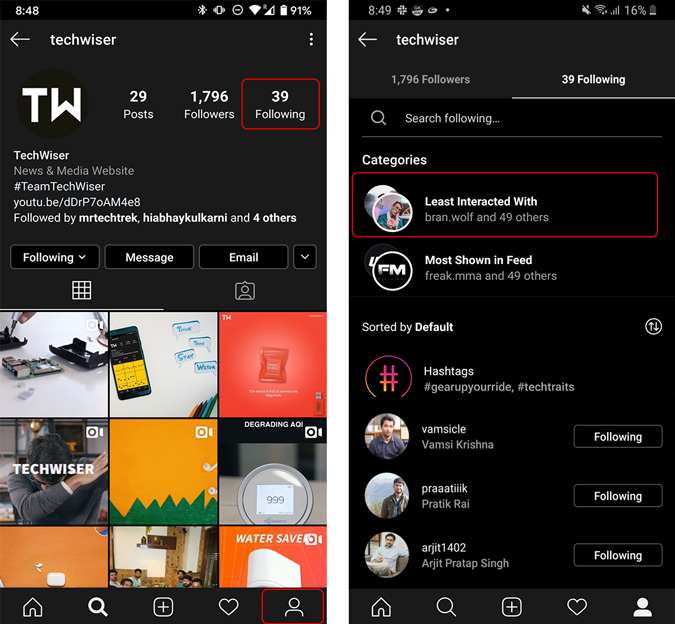 On the next page, you can see a list of people. These are the people whom you follow but least interacted with for the past 90 days. You can just click on the following tab beside to unfollow them with a single click. 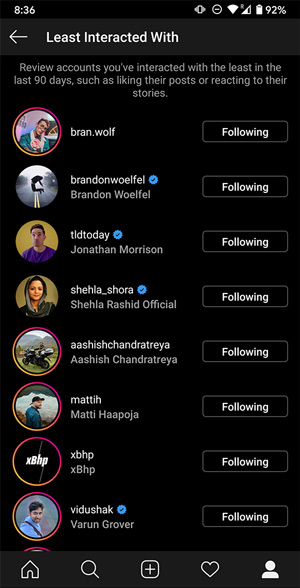 Another new option in the categories section is “Most shown in feed”. These are the people whom you most interacted with. If you think, these people are the reason for your Instagram addiction, you can try to unfollow them as well. Quite rude though 😛 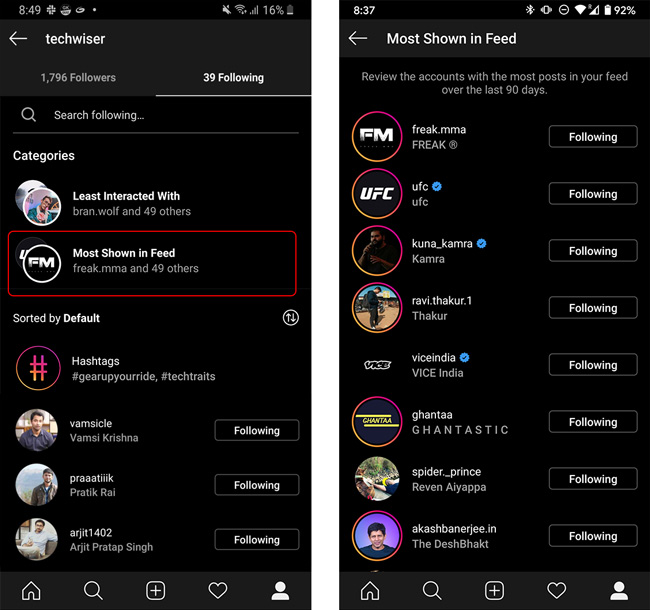 Well, as you would know your Instagram feed is not chronological. Instagram decides what posts you might like based on the people you most interact with. It also pushes their new posts assuming you might also like them. And here and there, it shows you a few posts randomly from other people whom you follow to gauge your reactions and interests. Over time, the algorithm gets a better idea of whose posts you like to see the most.

To sum it up better, here’s the official word from Instagram.

Instagram is really about bringing you closer to the people and things you care about — but we know that over time, your interests and relationships can evolve and change, Whether you graduate, move to a new city, or become obsessed with a new interest and find a community, we want to make it easier to manage the accounts you follow on Instagram so that they best represent your current connections and interests.

So how this differs from third-party apps?

Well, third-party apps have always been helpful to Instagram. These fill the void of features Instagram doesn’t offer. Generally, third-party apps show up various categories of people whom you follow. These are the ones who are not following you back, stalking your profile or giving you fewer likes.

Nonetheless, I have tried out many third-party Instagram tool and here are 2 of them which function on similar lines.

Both of these apps majorly concentrate on how your followers are reacting to your posts and stories. However, they also have 1 small feature that shows your interaction towards people you follow.

In the case of Followers and Unfollowers app, it has a section called “I follow”. It, by default, sorts your follower list based on your level of interaction. People at the top are the ones you most interact with and the ones at the bottom are least interacted with. You can scroll down the list and choose to unfollow these people. The app also has a neat feature to unfollow 50 followers from the top and the bottom with a single click. 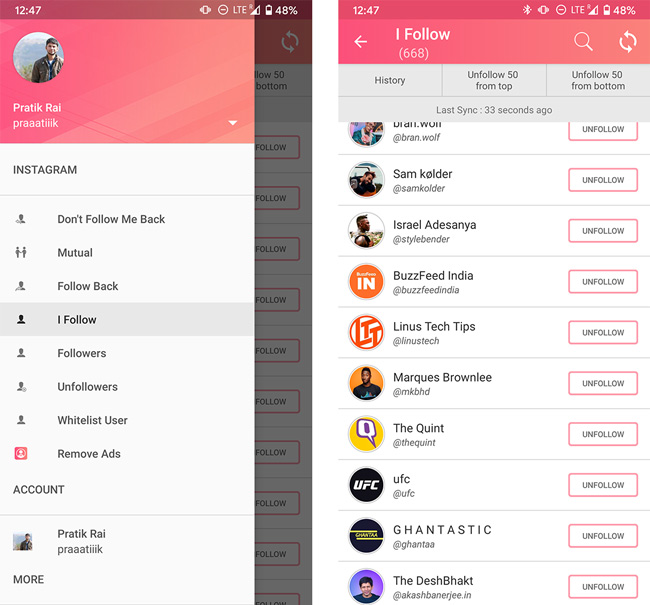 On the other hand, “Followers for IG” has a different take on this. There is an option called “compare relation”. It simply shows you the list of people you follow. You can click on any account in the list and it will further list down the detailed interaction you have with them. It includes likes, comments, timings and people you mutually follow. I found the process to be slightly longer but it definitely has more data on your interaction. 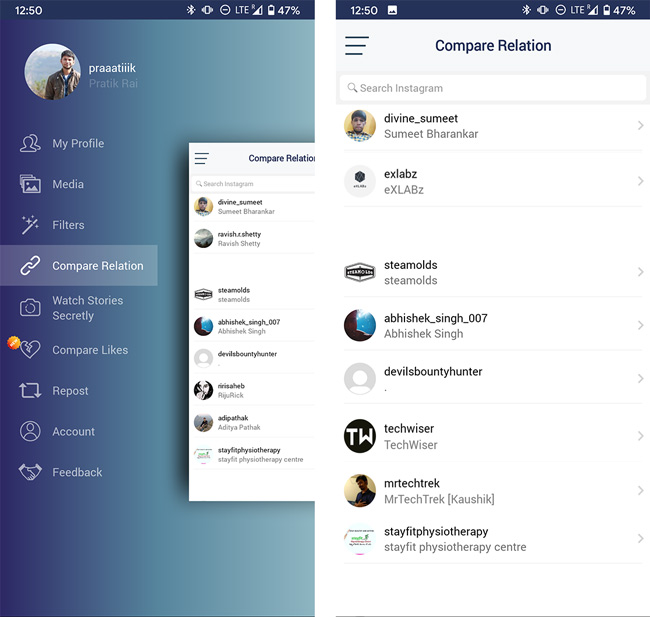 Although there are few third-party apps that can already do this, I liked the Instagram approach. It’s intuitive, one-tap and most people would prefer it. The third-party apps do have additional benefits and they are far better in analyzing how people are reacting to your posts which Instagram totally lacks.