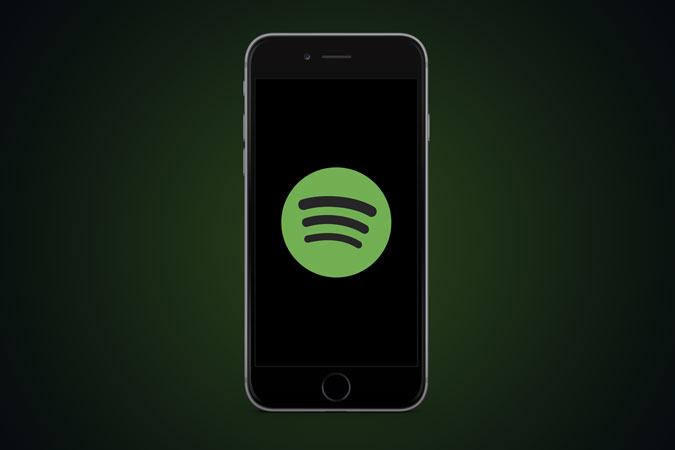 On your iPhone or iPad, you can easily identify any music playing around you by saying “Hey Siri,” then ask what the song is. After you identify a song, Siri will also give you an option to listen to the entire song on Apple music. But, there is a small problem, Siri only suggests a link to Apple Music so if you use any other music service, say ‘Spotify’, you would have to manually open the ‘Spotify’ app and search the song. As always, there is a nifty workaround. Let’s see how.

Use Shazam App to Play Songs on Spotify

iOS 14.2 has added a hidden feature that allows you to use Shazam and recognize songs playing even within other apps. This especially comes in handy when you can’t identify that song playing in the background of an Instagram story or a TikTok video.

By default, it would redirect you to Apple Music but if you install the Shazam app, you can connect your Spotify account to the Shazam app and add those songs to Spotify with a tap.

Start by opening the Settings app on your iPhone and tap Control Centre to open the settings page. Scroll down and tap the green + button next to Music Recognition. 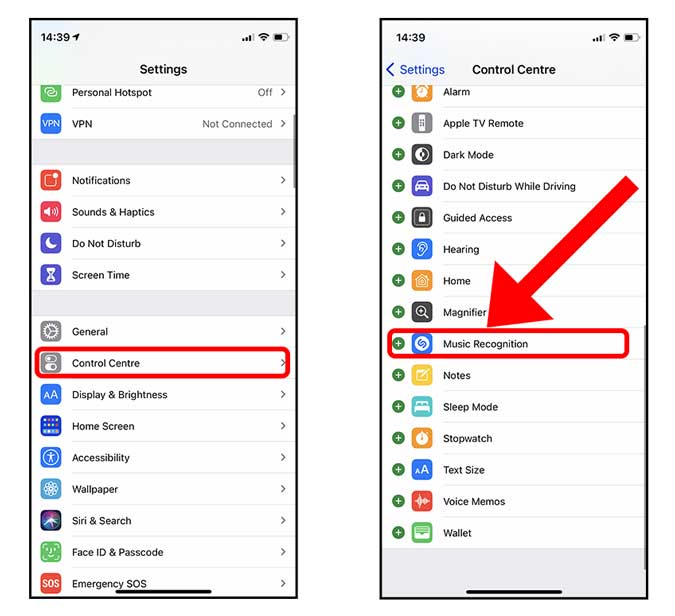 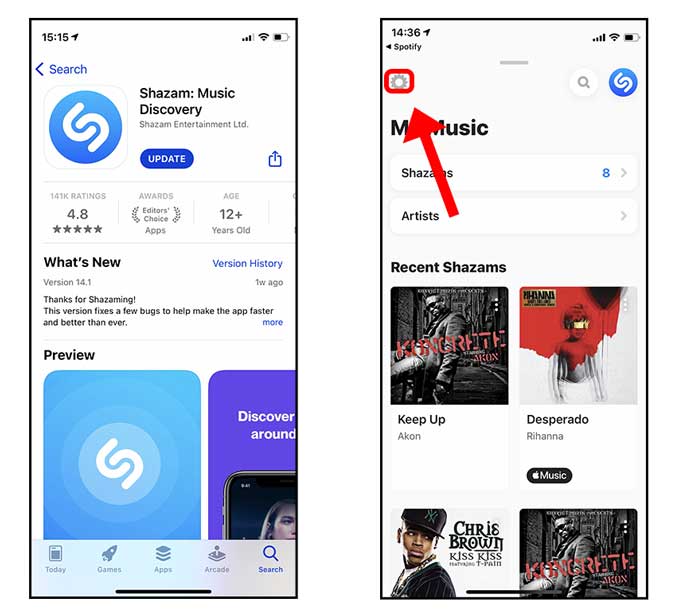 Here you would find an option to connect your Spotify account. Tap the Connect button next to the Spotify icon and proceed to authenticate the request by tapping the Agree button on the Authorize page. 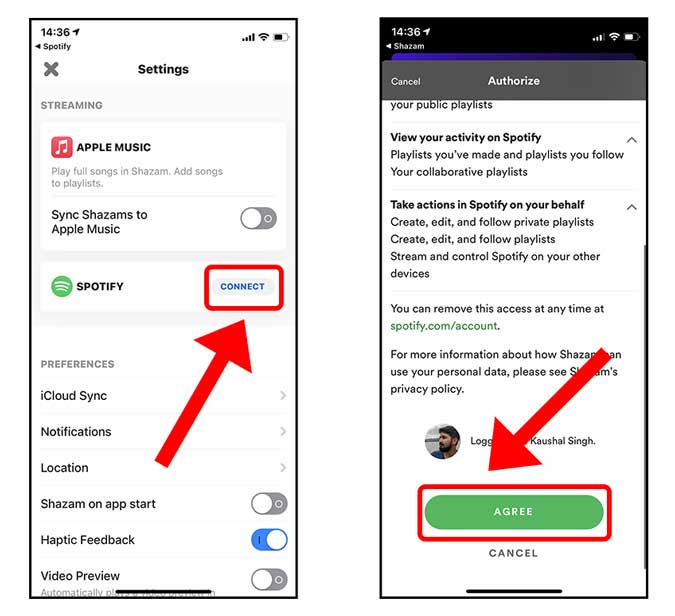 We’re mostly done here but if you want every Shazam to automatically sync to the Spotify app, enable the button that reads “Sync Shazams to Spotify”. 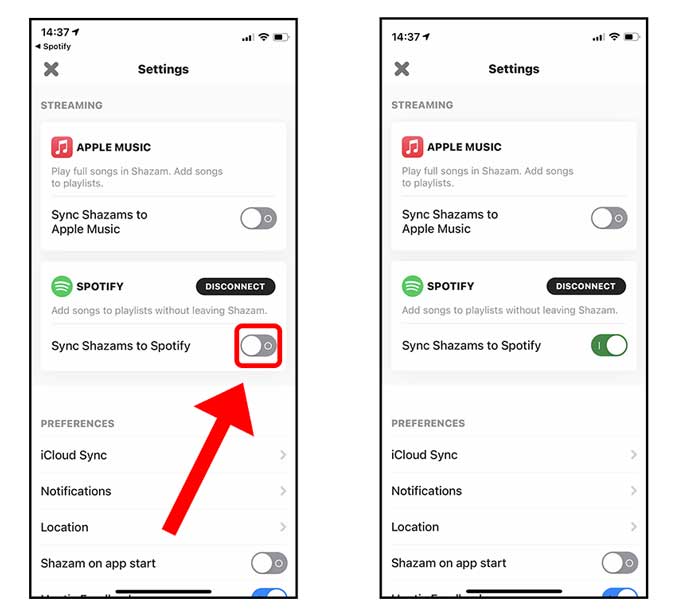 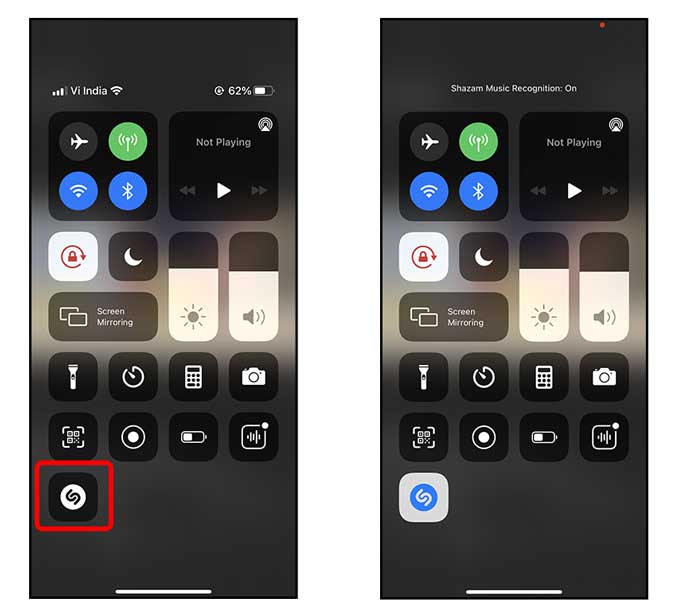 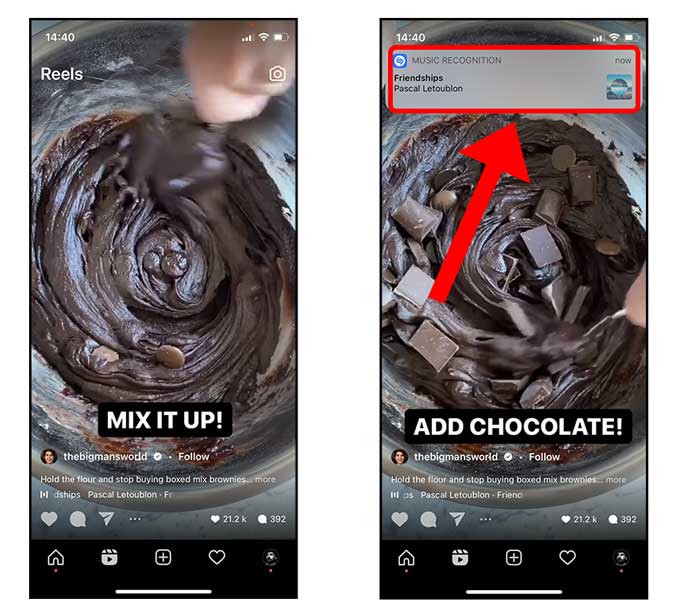 To add the song to a Spotify playlist, tap the “Add to” button, and select the playlist. Your song has been successfully added to Spotify. Enjoy! 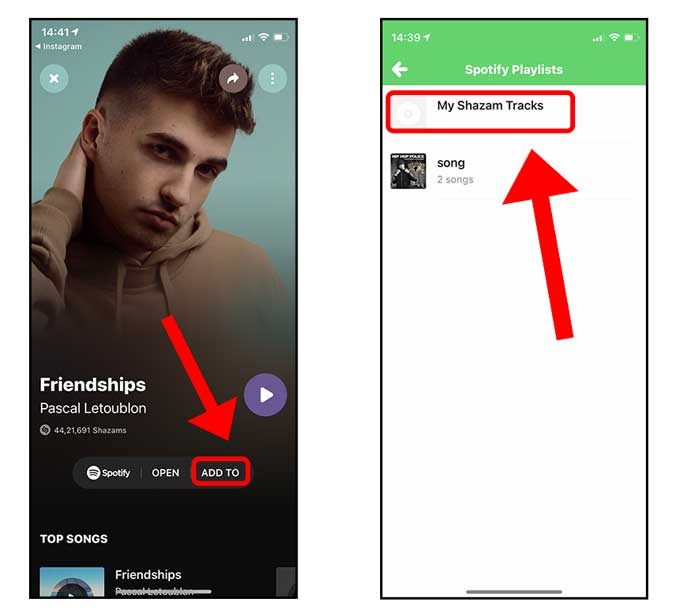 As much as this feature is seamless, it only works if you use Apple Music or Spotify. If you have any other music app that you prefer over these two, you can use the following method and still get that seamless experience.

Use Siri Shortcuts to Play Songs on Any other Music App

Siri Shortcuts on the iPhone are great and you can do all sorts of cool things with it. Made by Reddit user u/zeeshan_02, this Siri shortcut uses the Shazam API to discover a song and then lets you open the song in a variety of music apps such as YouTube, Tidal, Pandora, Soundcloud, etc. Go ahead and install the shortcut from routinehub.co.

You would get a warning that the shortcut is untrusted, you can ignore the warning and tap “Add Untrusted Shortcut”. 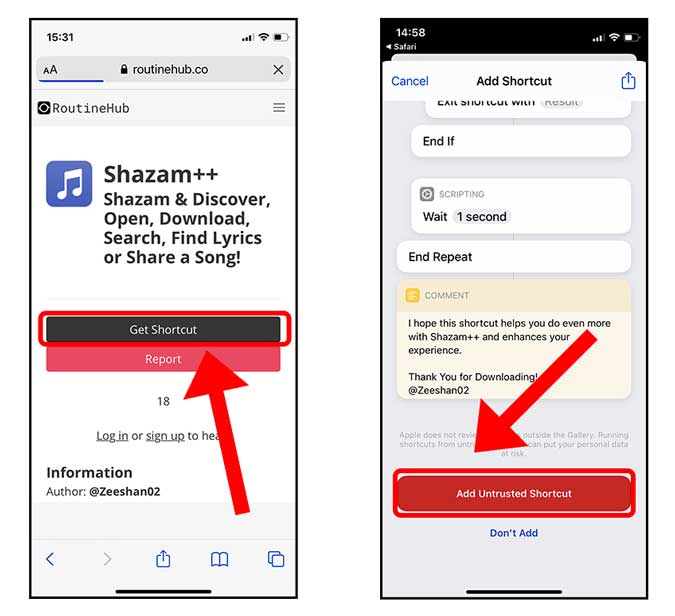 It would ask you to set up the shortcut the first time so that it runs smoothly afterward. Tap Continue to proceed. Select the music app of your choice, I use YouTube so I chose that. Tap Done to finish the setup. 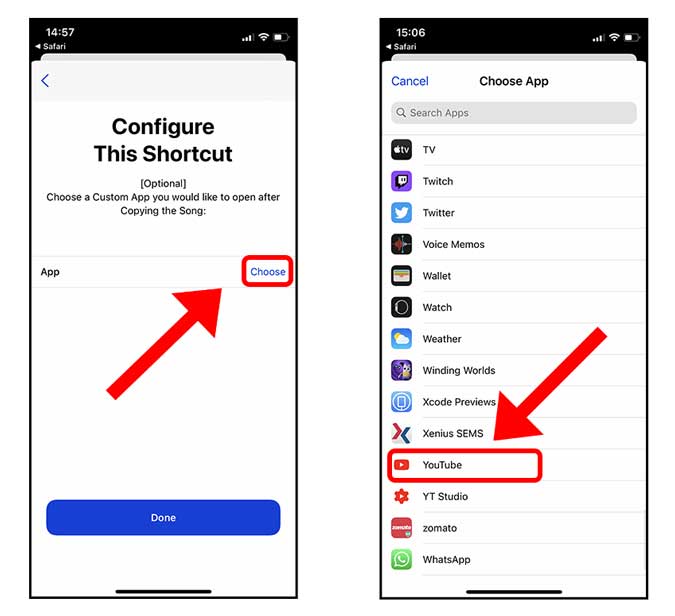 Now you have the shortcut installed and ready to go, simply open the Shortcuts app and tap the “Shazam++” icon from the list and point your iPhone towards the music. You can also ask Siri to run this shortcut for you, by simply saying “Hey Siri Shazam Plus Plus”. Once it detects the music, it would show you a list of apps that you can open the detected music in. Tap the app of your choice to make it a favorite. You can always change it in the future. 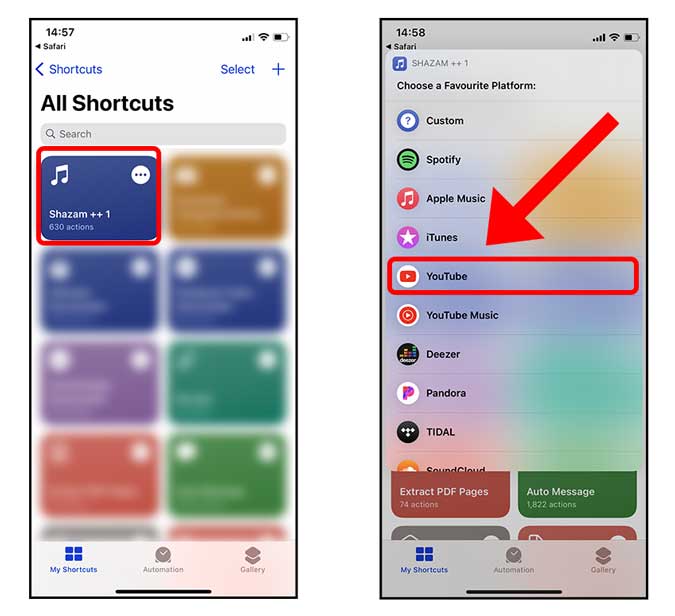 Tap “Open in Favorite” and viola the music you just discovered with Shazam would open in the YouTube app. You can save it to your playlist or add it to your personal album. 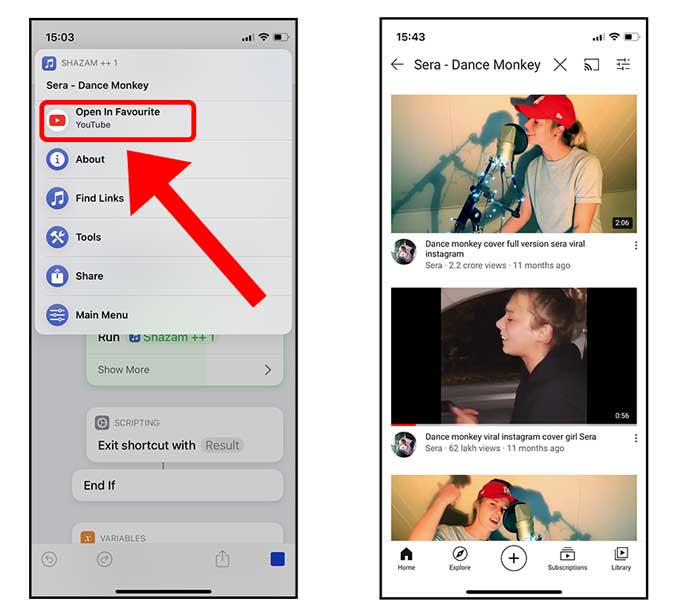 These were two quick ways to discover and add songs discovered by Shazam. It’s a seamless method and saves you the extra steps that you take traditionally. If you have any doubts or queries related to this method, let me know in the comments below or hit me up on Twitter.

Also Read: How to Transfer Playlist from Spotify to Apple Music? (or any other Music Service)