Home » Android » How to Use Sleep as Android With Galaxy Watch

How to Use Sleep as Android With Galaxy Watch 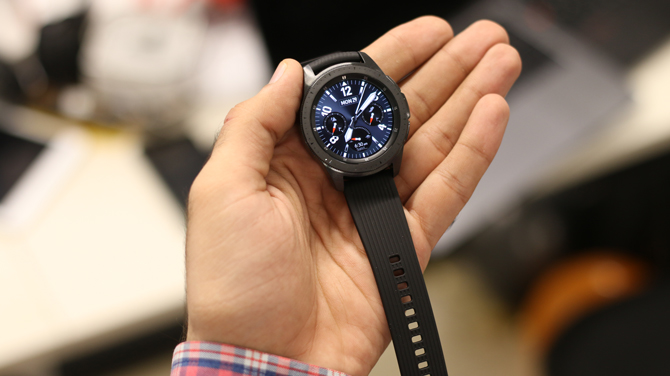 Your Samsung Galaxy Watch comes with a reasonably good sleep tracking. However, whenever I spend some time on my bed watching movies or reading Kindle, the native sleep tracker is not able to differentiate these activities from actual sleeping. And the fact that you can’t edit your sleep time, just make it even worse.

Thankfully, you can use third-party sleep tracking apps like the popular ‘Sleep as Android’ with your Galaxy Watch. This not only can differentiate between lying lethargically in bed to actual sleeping but also give you an in-depth analysis of your sleep pattern, REM cycle, and smart alarm, etc. The only caveat is, unlike the native sleep tracking, it’s not automatic, which means, every time you go to bed you’ll have to manually turn on the sleep tracking.

To get started, you need to install Sleep as Android app on your watch as well as your smartphone.

Let’s start with the Galaxy Watch first. On your Galaxy watch, go to Galaxy App store > Apps > Health and Fitness and download Sleep as Android app. Alternatively, you can click on this link to directly download it on your Samsung phone. 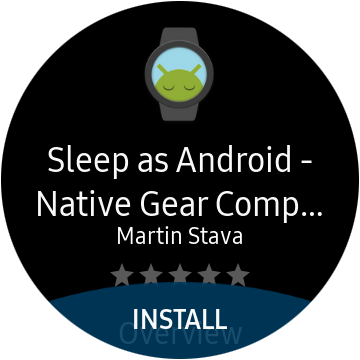 Next, it’s a good idea to add a quick shortcut to access the Sleep as Android app, to do so, rotate the bezel to the right until you see ‘app launch screen’. Press and hold the screen to bring up the edit option, tap on ‘Edit’ screen, next, a new screen will appear with the Add icon is a plus sign inside a circle. Tap on any available Add icon and it’ll open the list of apps installed on your watch, rotate the bezel right and left, to scroll through the list of the apps till you find Sleep as Android and then tap on it to add it as a shortcut. 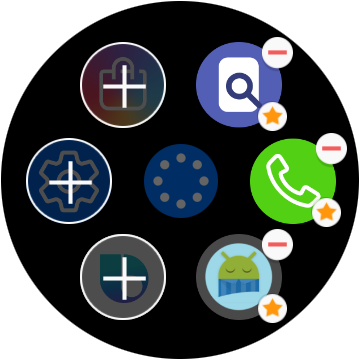 Once done, now you need to download the Sleep as Android app on your Android smartphone from the Google Play store. It’s free and contains minimal banner ads. 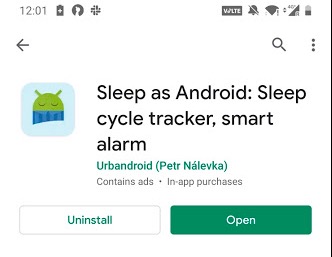 Sleep as Android can either works as a standalone sleep tracking or integrate with wearables such as Fitbit, Mi band, Amazefit and off course Galaxy watch and Galaxy fit. But you need to configure them once.

To enable sensor tracking integration, go to Sleep as Android – Settings – Wearables – Galaxy Gear/ Galaxy Watch. It’ll ask you to download and install a small plugin from the Internet. Do that.

To make sure, you have set up the connection properly, you can click on the option that says, test sensor. If you did everything right, you’ll notice a popup on your Galaxy watch asking you to start tracking. And that’s it, you are all set. 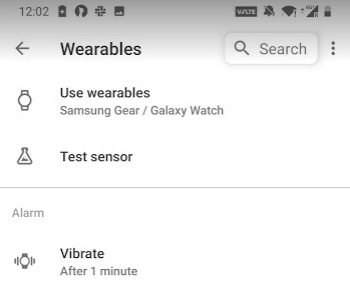 To start sleep tracking, go to Sleep as Android shortcut and tap on it, This will launch the sleep as Android app on your smartphone (even if it’s locked) and automatically start tracking. You will have to do it manually each time before going to bed. However, on the sunny side, you can set up a smart alarm in the sleep as Android app, which will naturally wake you with a small nudge in your hand when you are in your light sleep. 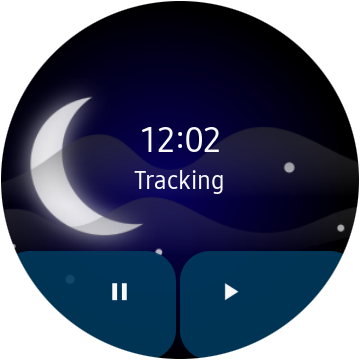 Either way, I will use the app for a few more days, before coming to any conclusion, and update the article accordingly. Let me know your experience with Sleep as Android on Galaxy watch in the comments.