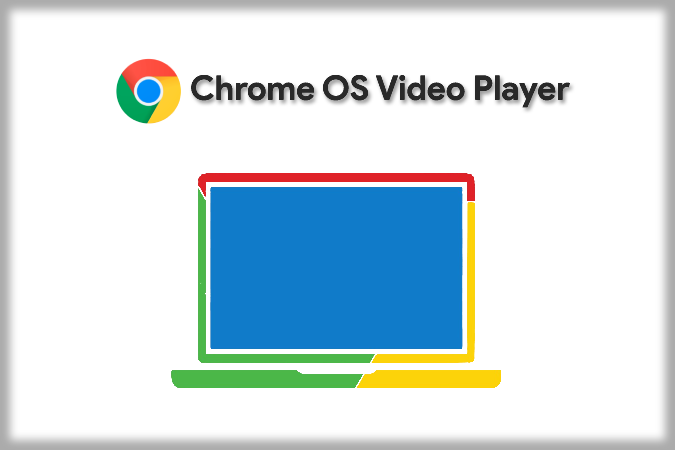 The in-built video player on the Chromebook is extremely limited in functionality. It doesn’t have any keyboard shortcuts, cannot show subtitles, change the audio track, or even open two videos side-by-side. Not to mention, it also does not support popular file formats like MKV and AVI. So a third-party video player is a must on Chromebook if you want to watch videos without feeling frustrated. Here are the best video players for Chromebooks to try between Chrome, Android, and Linux apps.

All the players in this list support a wide variety of video file formats and common keyboard shortcuts. Most importantly, each app on the list takes advantage of the horizontal desktop layout of Chromebook.

Let me start with the one that I prefer and use on my Chromebook.

This is a Chrome extension that can play both local and online videos. It is miles ahead compared to Chromebook’s in-built video player. You get all the features that you would expect in a video player like keyboard shortcuts, subtitles, picture-in-picture mode, loop, shuffle, Chromecast, changing audio track if the video file supports, etc.

It is built on top of the well-known video.js project and aims to bring VLC-like media playing experience to Chrome extensions. It also supports audio files and displays wave visuals while playing them.

But it comes with its own set of disadvantages too. It isn’t an app, so not available in the app drawer nor can you set it as the default video player. You have to manually open the Chrome browser and launch the MediaPlayer extension and before opening the video file to play it. It also lacks features like ability to adjust aspect ratio, syncing video, and subtitles, etc. One of the better video players for Chromebooks out there.

MX Player is one of the best video players for Chromebooks and also the most feature-rich Android app that has got you covered with almost everything you may need. Starting from keyboard shortcuts to the equalizer, changing playback speed, syncing subtitles, etc. Unlike the InBasic Chrome extension, you can directly open it from the app drawer and set it as the default video player. The primary advantage of the MX Player is its customizations.

But it also comes with a catch. The app is made for devices with touch-input — smartphones. So it is inconvenient to control with a mouse. For instance, you won’t see controls on-screen upon moving the cursor. You need to left-click on the screen to see them. Also, the controls disappear rather quickly. Few features like adjusting zoom only work with touch controls. None of them are major issues as most Chromebooks sport a touch screen, but can be quite inconvenient to deal with a mouse.

The difference lies in customizations that are available on the MX player, but not on the VLC. For example, you can change the functionality of actions like taping on the screen, disable few features completely on the player, color of the progress bar, subtitles, etc. On the flip side, VLC is much more refined with better response and is ad-free. VLC can also be used for audio and photos. So it can be your one-stop media app. Additionally, it also can convert video files. For example, you can convert MKV to MP4 and play it even in-built media player.

The mouse controls on VLC are just as same as MX Player. Control buttons aren’t visible when you move the cursor. You need to left-click on the screen. It instantly quits full-screen mode to display video controls which can be annoying.

VLC Linux app solves all the problems that you face with the VLC Android app. It works great with the mouse, has all features, and supports most video formats including MKV. After all, we are using one of the best desktop-grade video players for Chromebooks of all time.

Installing the Linux version of VLC is a bit tedious. First, enable Linux on Chromebook, then open the terminal by pressing Ctrl+Alt+T. Now type sudo apt-get install vlc in the terminal to install the Linux version of VLC Player. The only drawback is that you cannot set Linux apps as default on Chromebook as they run in their own virtual environment.

The video player situation on Chromebooks is a hit or miss. Each app comes with its own advantages and disadvantages. It’s more about which video player app works better for you. Both MX Player and VLC Player Android apps are feature-rich but have problems with the mouse. VLC Linux app is all you need, but it’s heavy software to run on most Chromebooks. So I finally settled for InBasic MediaPlayer that’s lite and has enough features to get the job done.

Also checkout, Miro Linux Video Player, Local Video Player Chrome Extension, and Haruna Linux video player. They are just as good as the ones mentioned here but don’t differ in any major way.