How To Watch HBO NOW (Game of Thrones) Outside US

HBO paved the way to the golden era with shows like Game of Thrones, The Wire, The Sopranos and recently Westworld. But if you’ve tried accessing them outside of the United States you’ve probably been interrupted with this “HBO NOW is only supported in the U.S. and certain U.S. territories“. But fret not, there is an easy way to get HBO NOW outside of the United States.

If you’re like me you probably didn’t know the difference between HBO GO and HBO NOW. Both services get access to new content about the same time, which is typically an hour after the live broadcast, and they’re both streaming services like Netflix or Hulu which you can stream from any device, the only diff is, HBO GO comes free with your cable subscription while HBO NOW is a pay per month type deal that cost $15 per month. In this article, we’ll see how to get HBO NOW outside the US.

But, there’s a nifty trick to get HBO now outside united states, all you’d need is a VP, some fake US address, and a gift card service that works. So, let’s see how you get HBO Now outside the US in 3 simple steps.

Watch HBO NOW Outside US

Step One: Get a VPN

The first thing you will need to access to access HBO Now outside of the States is a VPN. There are plenty of free and paid VPNs you can choose. And fortunately, unlike Netflix, where Free VPNs doesn’t work anymore, almost every VPN we tried to work for HBO NOW.

If you need a free VPN, we recommend Tunnel Bear. It’s secure and has a decent privacy policy. However, the downside is, you only get 2 GB in the free version. You can also check out other free VPNs.

For this instance, I’ll recommend getting a Smart DNS Proxy. The reason being it offers both a VPN and Smart DNS, meaning you set up smart DNS on your router and watch US TV shows from all your devices. So, head over to SmartDNSProxy and create a free trial account. It just cost $5 per month but the good news is they have a  14-day free trial, so if you decide not to continue, you can cancel before that. It doesn’t require credit card info as well.

Once you have set it up, turn on the VPN and switch to the United States. 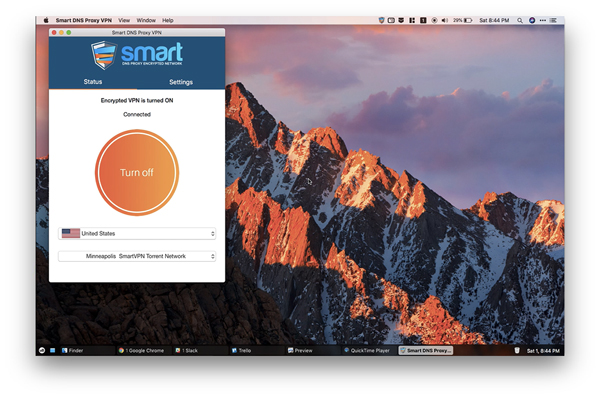 Now that you’ve got a VPN, you easily access HBO NOW.

Next, we need to buy a gift card for HBO Now, as it only accepts US credit card.

So, head over to mygiftcardsupply.com (you don’t need a US credit card or Paypal to buy a gift card for them). Search for HBO Gift card. Sometimes the gift card doesn’t show up when you do a manual search through the search box on the website, in that case, you can scroll down for the list of available gift cards and add HBO Now gift card to your cart.

Alternatively, you can also buy e-gift card for Target or BestBuy. 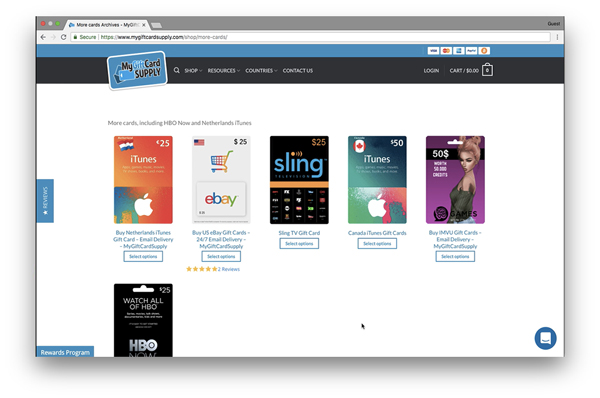 HBO Now, cost $15 per month, however, the minimum gift card that you can buy is for $25, this should last you roughly 50 days or 7 weeks. You can get $25 for roughly around $27 ($2 is the MyGiftCardSupply commission for providing you the service) which is fair in my opinion. But they known to bump the prices when a new season of Game of Thrones or Silicon Valley comes, so make sure you buy the Gift card few week before the season start.

So, add it to your cart and check out with my Paypal. You’ll have to enter your Name, Email and Verify your phone number. 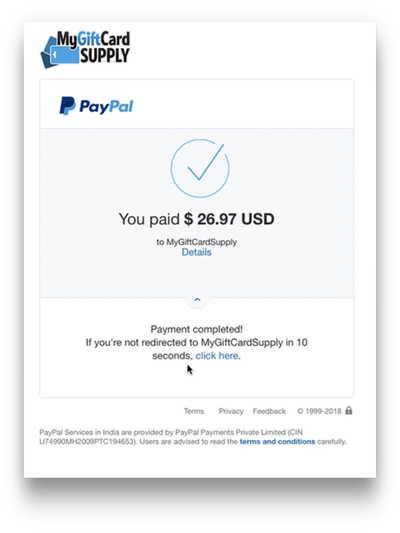 Once done, you’ll get the scanned copy of the code in your Email within a minute or two. They deliver you the scanned back of a physical card by email. Sometimes, if their system detects an error problem in the payment, you may have to try from another payment method. 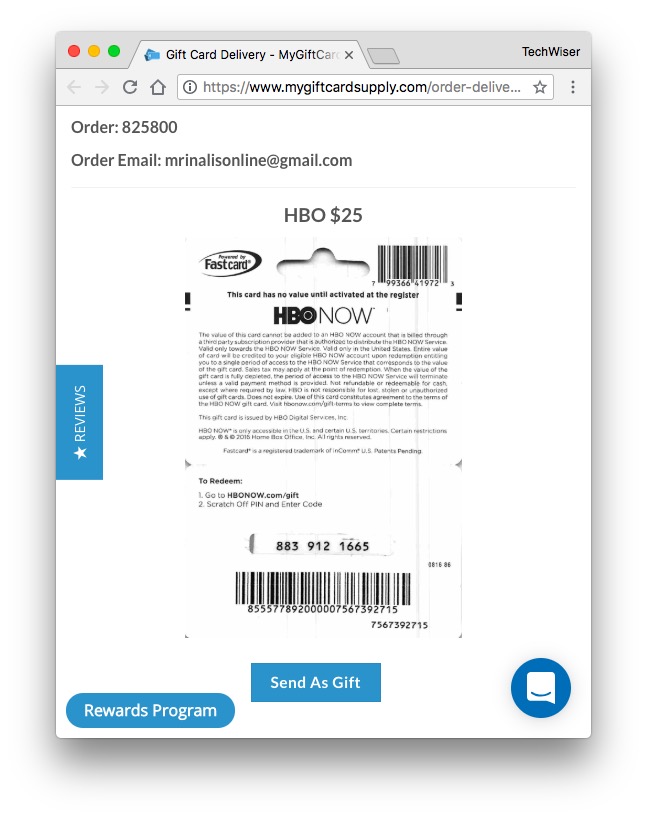 Next head over to HBO’s gift card redemption page and enter the 10 or 12 digit code on the back of your gift card, enter your State or Territory and ZIP code and choose Continue. You can pick a random State and PIN. I used California and the PIN code 90210.

In the next screen fill in your Name, Email, and Password that will be required to login. And that’s it. Your HBO now account is created. 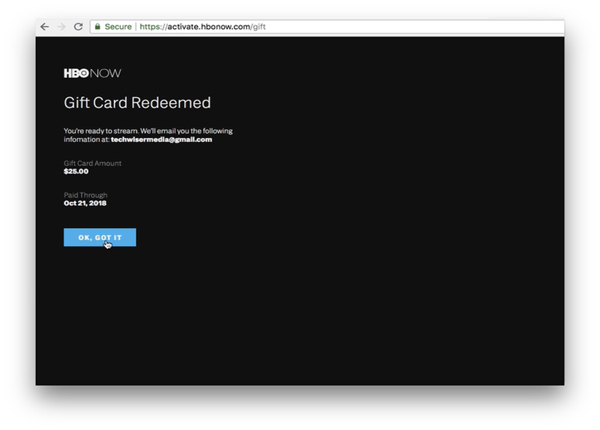 So, that’s how you get HBO now outside the United States, while it’s not the most elegant solution, it certainly works. 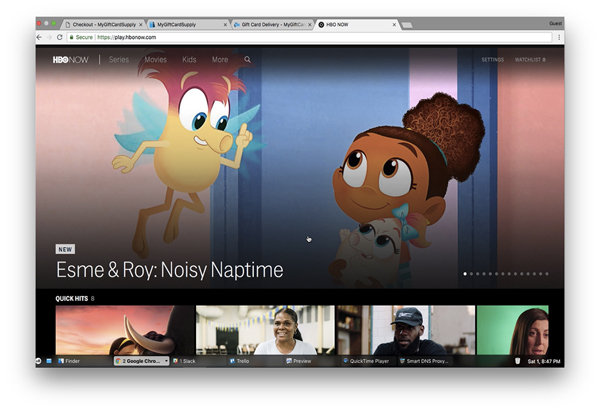 Since you paid with $25 gift card, your account should last around 7 weeks and then you’ll have to keep buying gift cards to top-up your account using this same process.

Also Read: How to watch Netflix on TV- 5 Ways

Unfortunately, the HBO Now app is region blocked on Android, iPhone, Apple TV, etc. We tried sideloading it on Android with a VPN, but it didn’t work. So as of now, you can only watch it, HBO content on your computer browser.

Read: How to Change App Store Country on iOS 12/11