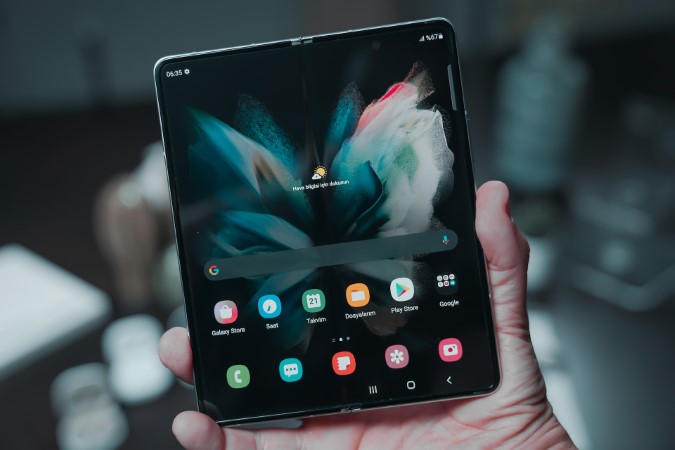 Ghost touch is when your phone’s screen responds to touches or inputs that you aren’t making. It is an annoying touchscreen issue that is quite common among Samsung phones. Since the issue can be caused by several factors, troubleshooting can be difficult. To help out, we’ve prepared a list of solutions to the ghost touch problem on your Samsung Galaxy phone. So, let’s take a look.

You should also remove any external accessories such as headphones, chargers, and so on. That’s because using a poor-quality charger or accessory can impair the functionality of the screen digitizer, which is responsible for detecting your touch input.

It’s possible that a faulty app running in the background is causing your Samsung phone to behave strangely, resulting in the ghost touch issue. To rule out this possibility, close all the background apps and see if that helps.

If the issue remains even after this, it’s time to move on to some advanced troubleshooting tips.

Your Samsung phone comes with a touch sensitivity feature that helps increase the sensitivity of the screen when you’re using a screen protector. Several S22 Ultra users were able to fix the ghost touch issue by simply disabling the touch sensitivity option. You can also give it a try.

Open the Settings app on your phone and navigate to Display. Scroll down and toggle off the Touch sensitivity option.

Another way to fix the ghost touch issue on Samsung phones is to update the touchscreen firmware. Here’s how you can go about it.

Wait for your phone to reboot and then see if the issue is resolved.

4. Allow Your Phone to Cool Down

If you are using your Samsung phone in direct sunlight or if it is extremely hot, you should wait for it to cool down. Overheating can have a negative impact on your phone’s performance and cause a variety of problems, including this one.

Allow your phone to sit for a while before using it. Then, see if the issue is still there.

5. Scan Your Phone for Malware

1. Open up the Settings app on your phone and navigate to Battery and device care.

2. Go to Device protection and tap on the Scan phone button to start a scan.

If any threats or harmful apps are discovered, take the recommended steps to remove them. After this, check if the ghost touch issue is resolved.

Bugs and glitches within One UI can also be the source of the ghost touch problem on your Samsung phone. If this appears to be the case, upgrading to a newer (likely more stable) version should help more often than not.

To check for pending updates on your Samsung phone, head over to the Settings app and tap on Software update. Tap on Download and install to download any pending updates.

Once you’ve updated your phone to its most recent version, the issue should no longer bother you.

If you’ve recently dropped your phone and caused any kind of damage to the screen, you’re likely to experience such touchscreen issues. In that case, replacing the broken screen might be your only option. It’s best to take your phone to a nearby Samsung service center and have it checked out.

Your Phone Needs a Touch of Care

The ghost touch issue on your Samsung phone can ruin your experience and leave you frustrated. Hopefully, the solutions above have helped you fix the issue for good. Now that your Samsung phone is working properly, why not try out these best One UI features to use your phone like a pro?