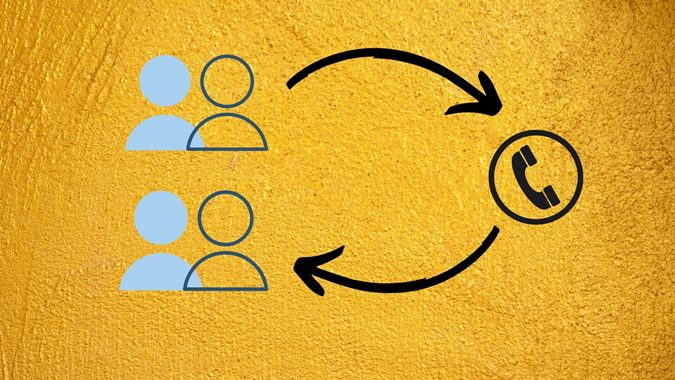 You might have seen the two terms import and export contacts in the Contacts app, Google Contacts, iCloud, and other similar contact apps. Are you wondering what does it mean to import or export contacts on Android and iPhone? Find the answer here along with the steps to do it.

What Does Import Contacts Mean

The general definition of import and export is to get something from outside and to move items from an internal source to an external source respectively. A similar concept applies to contacts as well.

What Does Export Contacts Mean

Earlier, the export contacts feature was used to transfer contacts from one phone to another. It is still useful if you want to move contacts from one service to another, which aren’t compatible with each other directly. For instance, Google Contacts and iCloud. Exporting contacts also helps in creating a contacts file on which you can perform bulk actions like importing, editing, and organizing contacts.

For instance, you can export contacts from your phone to internal storage or from Google Contacts/iCloud to a Google CSV, Outlook CSV, or vCard file.

Does Importing or Exporting Contacts Delete Them

No, importing or exporting contacts will not delete them from the source. The contacts are simply copied from source to destination without affecting the source contacts.

What Does Import SIM Contacts Mean on iPhone

Basically, in the times of feature phones, contacts would usually be stored on the SIM card only. If you changed or lost your SIM, you would lose all the contacts. This can still happen today if your contacts are saved on SIM alone. That’s where the Import SIM contacts on iPhone come in handy.

Import SIM Contacts lets you import or transfer contacts stored on your SIM to your iPhone. It helps users in migrating contacts seamlessly from a feature phone to an iPhone. If the feature didn’t exist, one would have to manually copy each contact to the phone.

Furthermore, it adds a layer of protection to contacts because they are now saved on your phone, from which you can sync them to a cloud service.

When you import SIM contacts on iPhone or even an Android, the following things happen:

In a nutshell, once SIM contacts are imported to the phone, they have nothing to do with that particular SIM card. The contacts now exist as a separate entity different from your SIM card. Moreover, you can import contacts from multiple SIM cards to your phone.

How to Import or Export Contacts on Android

1. Open the Google Contacts app on your phone.

2. Tap on the profile picture icon at the top and select Contacts app settings.

3. Scroll down and tap on Import or Export. If you tap on Import, you will be asked to select the source of contacts which can either be from a .vcf file or SIM card.

Tapping on Export lets you create a .vcf file for the contacts. The Files app will open. Tap on Save to download the .vcf file.

How to Import or Export Contacts on Samsung

2. Tap on the three-bar icon at the top and select Manage contacts.

3. Tap on Import or export contacts.

4. You will find Import and Export buttons. Tap on Import if you want to bring in contacts from a SIM card or a vCard file to your phone. Select the source on the next screen.

Alternatively, press the Export button if you want to transfer contacts to a SIM card or as a vCard file. Choose where you want to export the contacts.

How to Import Contacts on iPhone

Sadly, iPhone doesn’t offer a direct way to add a vCard file to your phone. However, there’s a workaround that lets you to import contacts to iPhone as shown below.

1. Email the vCard file to the email account set up on your phone.

2. Once you receive the email, open it and tap on the vCard file in the email.

3. It will show the contacts present in the file. Tap on Add All contacts followed by Create new contacts.

If the above workaround doesn’t work, you can use iCloud on the web to import contacts.

1. Open iCloud.com and log in to the Apple ID that you are using on your iPhone.

3. Click on the Settings icon at the bottom and select Import vCard from the menu. Select the file to import.

4. Once imported, the contacts will not show up on your iPhone unless Contacts sync is enabled.

For that, open Settings on your iPhone and tap on your name at the top. Go to iCloud.

5. Enable the toggle next to Contacts. Wait for some time. Then, open the Contacts app and you shall see the new contacts.

How to Export Contacts from iPhone

However, first, you must make sure that your contacts are syncing to iCloud. Only then you would be able to export contacts.

2. Tap on your name at the top and go to iCloud. Enable the toggle next to Contacts.

3. Open iCloud.com on your computer and go to Contacts.

4. Press Ctrl + A (Window) or Command + A (macOS) to select all the contacts. You can also select some contacts.

5. Click on the Settings icon at the bottom and select Export vCard. Save the .vcf on your computer.

Tip: Learn how to delete all contacts on iPhone.

1. What Does Merge Contacts Mean?

The Merge contacts feature lets you combine duplicate contacts into one. Suppose, you have saved the same numbers with two different names. Merging them will keep one contact while removing the other.

2. What Does Move Contacts Mean?

The Move contacts feature allows you to move contacts between different accounts. Let’s suppose you have two Google accounts on your phone. You can move contacts from one account to another using this feature without importing or exporting them first.

3. Should You Save Contacts to SIM or Phone?

You must save your contacts on your phone with the backup or sync feature enabled. Even if you lose or damage your phone, the contacts will not be lost.

4. What’s the Difference Between Import/Export and Syncing of Contacts?

Import and export are different from syncing contacts in the way that the latter is a continuous process. When you sync contacts, they are always in the import-export mode. That is, adding a new contact will automatically add it to other devices. On the contrary, import/export is a manual process and you need to do it every time if you want to keep the contacts in sync.

Managing and organizing contacts is an ongoing process. You can transfer, merge, delete, or move contacts. If you don’t like the native Contacts app on Android, check out third-party contact manager apps.