What Happens When You Reinstall an App on Android or iOS 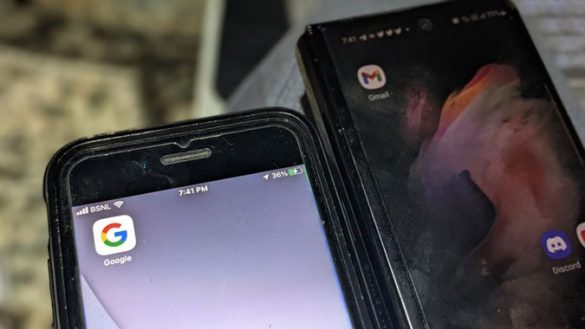 You might have heard from people or even read on TechWiser about reinstalling an app when troubleshooting any issue. But what does reinstalling an app do? Will you lose your data? Will your account be deleted? Find all the answers in this post. Let’s find the answer to what happens when you reinstall an app on Android or iOS.

What is Meant by Reinstalling an App

What Happens by Reinstalling an App

App data refers to the data stored locally on your phone. It doesn’t mean your social media profiles, posts, or messages. Such things will remain intact even after reinstalling the app because they are stored on the service provider’s servers. Basically, any data that is synced to an online account will not be affected by reinstalling the app.

The app settings are reset i.e., restored to default values when you reinstall the app. You will have to set the settings again in the app after reinstalling the app.

You don’t have to pay again if you reinstall a paid app. That is, you can use the apps that you had earlier bought on Play Store or App Store without paying again. However, make sure you are using the same account to download and log in to the paid app you used earlier.

If it was a one-time purchase, you own the app forever. If the app has a subscription model, you can use the app until you pay, usually monthly or yearly.

Uninstalling an app removes the app data, cache, and user data. So, yes, reinstalling the app will free up some storage space on your phone.

You cannot reinstall the pre-installed gallery apps like Google Photos or Apple Photos. However, if you have installed a third-party gallery app on your phone, reinstalling it will not delete photos or videos from your phone.

When you reinstall the Facebook or Messenger app, you will have to log in again to your Facebook account. Your Facebook profile, posts, messages, and other things will remain unaffected by reinstalling the apps. However, changes made to the app settings like notifications, permissions, etc., will have to be set again.

When you reinstall WhatsApp on Android, you can restore your chats from a local backup or from Google Drive provided you created a backup before uninstalling the app. On the contrary, you will be able to restore chats on iOS after reinstalling WhatsApp only if you saved the backup to iCloud. Reinstalling WhatsApp will not delete your WhatsApp groups.

Tip: What do various icons and symbols mean on WhatsApp?

Just like apps, you will not lose data or your progress after reinstalling the app provided you were signed into Game Center or any other account linked to the game.

How to Reinstall Apps on Android

2. Go to Apps and tap on the app that you want to uninstall.

4. After uninstalling the app, open the Play Store on your phone. Find the app that you just uninstalled and hit the Install button.

How to Reinstall Apps on iPhone

1. Open App Library on your iPhone.

2. Touch and hold the app icon that you want to uninstall. Hit Delete App from the menu. Confirm on the confirmation screen that shows up.

Tip: Go to Settings > General > iPhone Storage. Scroll down to the app that you want to uninstall. Tap on it. Then, press the Delete app button.

3. To reinstall the app, open App Store on your iPhone. Search for the app and hit the Download icon next to it.

Note: To offload an app, go to Settings > General > iPhone Storage > [app]. Tap on Offload app. To reinstall an offloaded app, tap on its icon on your phone.

How to Find Deleted Apps and Reinstall Them

Follow these steps to reinstall deleted apps on Android and iOS.

1. Open the Play Store on your phone.

2. Tap on the profile picture icon at the top and go to Manage apps & devices.

3. Tap on the Manage tab. Then, tap on Installed and select Not installed.

4. You will see the list of deleted apps. Tap on the app that you want to install and hit the Install button.

Tip: Check out other ways to find out deleted apps on Android.

1. Open App Store on your iPhone.

2. Tap on the account icon at the top and press the Purchased option.

3. Tap on Not on this iPhone to see the deleted apps. Then, tap on the Download icon next to the app that you want to reinstall.

Reinstalling an app is just one way of fixing any issue in the app. You should also keep your apps updated to avoid problems. Learn how to update apps on Android like a pro.