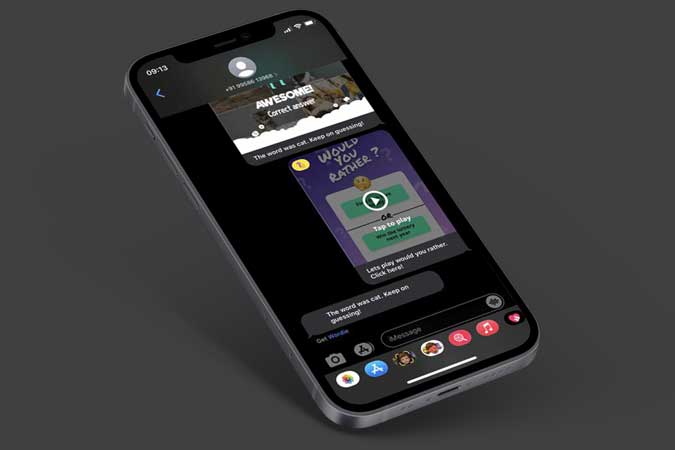 With the recent privacy policy update, WhatsApp took over the headlines and sparked outrage among its user base. To put it in simple words, your WhatsApp data would now be accessible to Facebook and its partnering companies as well as businesses on WhatsApp. However, your chats would remain private as those are end-to-end encrypted. If you’ve been wondering about jumping ships then I have an exhaustive list of WhatsApp alternatives that you can start using. Let’s check those out.

Session is one of the strongest contenders as a WhatsApp alternative because it has a strong set of privacy-focused features. For starters, it doesn’t require a phone number to start chatting. It’s a randomly generated key and a QR code that you need to share with a contact. It stores your chats locally and nothing ever stays on Session servers as everything is decentralized.

Session is open-sourced and has desktop apps for Windows, Mac, and Linux which WhatsApp lacks even in 2021. However, Session does lack some features like video and voice calls that have become a key feature most people would miss.

Surespot is another privacy-focused chat messenger that offers top-tier protection for your texts. Instead of creating an account using your phone or email, you create an identity that is never linked to your actual information. If you ever lose your phone, you can only recover your account if you have backed up the identity credentials to your Google Drive. Otherwise, you would have to create a new account.

Surespot supports end-to-end encrypted chats including texts, and pictures as well as voice messages. The interface is really primitive and there are no fancy frills. It’s a good choice when you want an app that just focuses on keeping chats secure. Surespot is completely free.

One of the biggest reasons people won’t start using Session or Surespot is because none of their friends are on those apps. User base matters a lot and Telegram has around 400 million active users which are significantly more than those apps. Telegram offers server-client encryption on both text and voice calls which means all your conversations stay private. If you prefer additional security, Secret chats add another layer of E2E encryption.

Additionally, you can access Telegram from multiple devices whereas, on WhatsApp, you only have WhatsApp web tethered to your phone. Talking about cosmetic features, Telegram has stickers, chat folders, and dark mode. You can also create/use bots to automate tasks and manage groups. Telegram is one of the best WhatsApp alternatives with no business model to serve you ads with. It’s completely free and open source.

Next, we have Signal that recently rose to popularity as one of the WhatsApp alternatives when Elon Musk tweeted about it. Signal, unlike Telegram, offers end-to-end encryption on all chats and video calls based on its own Signal Protocol. You can send self-destructing messages that would be automatically deleted when the time expires.

Even though Signal has group conversations, group calls, voice messages, etc., you don’t get all the frills that Telegram carries. In general, Signal is more focused on offering a secure chat messenger than a more lively one. You can easily pick your poison based on these facts. Signal is completely free and the parent company is a non-profit organization that runs on donations. No need to sell your data and their souls.

Wire is a strong advocate of user privacy and the chat messenger offers just that, a sense of security. It has a robust infrastructure that allows you to keep your chats safe with E2E encryption where the key changes with every message. Unlike Signal, you can create an account using your phone or email and use the app on multiple devices, eight to be exact. Despite being a for-profit company, Wire is completely open-sourced and regularly gets independently audited.

Wire has a simple privacy policy. They don’t sell ads and instead offer a paid subscription for advanced users. While the basic app is free for all users, businesses and teams can get it for $5/mo/person.

Apple has been a huge advocate of user privacy and has taken matters into its own hands with steps such as nutrition labels on the App Store. The native messaging app, Messages or colloquially known as iMessage is a decent WhatsApp alternative. The only requirement of getting iMessage is owning an Apple product. You can use iMessage on iPad, iPhone, and Mac simultaneously as the app works/syncs beautifully across devices.

Talking about privacy, iMessage uses iCloud to function and all your chats are stored on the cloud encrypted only if you turn on the backup. Chats are also end-to-end encrypted which means no third-party can have access to the chats. Apple has a very strong and transparent privacy policy and you can read all about it here.

Comes Preinstalled on all Apple devices

Threema is a Swiss-based GDPR compliant chat messenger designed for both consumers and businesses. It’s a paid app that clearly puts its revenue model in front of you so that your data is never at stake. You don’t need to use your phone number to create an account that offers complete anonymity if you desire. Along with being E2E encrypted, your chats can be hidden and locked away with a pin for each contact. You can even verify every contact’s authenticity by scanning their QR code, before starting the chat.

Talking about advanced features, you get poll options, text formatting, private chats, group chats, dark theme, etc. Threema is a paid app that would set you back $3 for personal use and $1.58/mo/user for the business teams.

Get Threema for Android | iOS | Web

Wickr is a chat messenger that focuses on user privacy and security and built its service from the ground up. It employs a zero-trust platform design which means your data is encrypted while being transferred and deleted from the servers as soon as it is delivered. Along with E2E encryption, every message, file, video, and voice message you send would be encrypted with a new key.

Additionally, you get multi-factor authentication, user-key verification, self-destructing messages, and overlay protection to name a few. Wickr is available for both consumers and professional teams. You can either go with Wickr Me, Pro for consumers, and Wickr Enterprise is for professionals. It is free for consumer use and teams can get it for $4.99/mo/user.

Which WhatsApp Alternatives Do You Use

These are a few worthy contenders for being called a WhatsApp alternative. All of the messaging apps fulfill the basic criteria and offer more privacy and security than WhatsApp. Which app are you going to use? If you have a better alternative, send me a tweet.

Must Read: WhatsApp vs Telegram, Which One to Choose

How to Stop App Store From Asking for...

How to Use Photo Cutout to Lift Subjects...

How to Turn Off Personalized Ads on iPhone

What Happens When You Mute Someone on iPhone...

4 Ways to Put a Picture on Another...