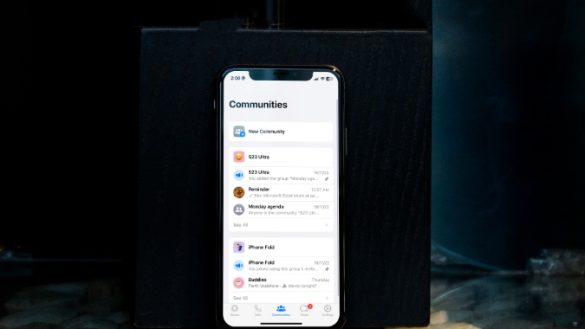 WhatsApp is on a roll these days. The Facebook-backed company recently announced Communities to bring related groups into a single place. When you create a community, the app automatically creates an announcement group to share the latest updates with community members. The question may arise whether you should create a broadcast list or a community on WhatsApp to share important messages. Let’s compare them.

Before we talk about differences, let’s first understand how the WhatsApp Broadcast list works compared to a community.

As the name suggests, WhatsApp Broadcast List allows you to send important announcements and messages to team members, friends, and family at once. If you want to share the upcoming potluck information with friends, send birthday invitations to family members, or keep your employees informed about office hours, create a broadcast list and send messages.

The broadcast list members won’t get a notification when you add them to a list. The broadcast message will appear to be an individual message from you with a speaker icon.

What Is WhatsApp Community

A WhatsApp Community is much better in terms of member management. You can create an invitation link or use the QR code to let others join the announcement group. You can also make another contact as an admin and allow them to share messages, manage groups, and other info in the community.

Interestingly, you can send a payment to any community member from the announcement group. You can’t do the same from a broadcast list. You must open the recipient chat thread to send or receive payments. WhatsApp polls, a new feature on the platform, isn’t available for broadcast lists or communities. It’s strictly limited to personal chats and groups only.

Understand Your Use Case